Will there be baseball this summer? Rattlers 'realistic,' Booyah 'hopeful'

Executives of two local baseball teams say the Northwoods League has a better chance of playing in 2020 than Minor League Baseball. 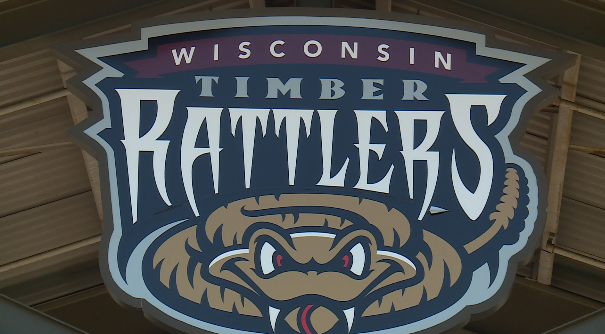 GRAND CHUTE, Wis. (NBC 26) -- While fans are still hoping to see local baseball in northeast Wisconsin this summer, that may not be realistic.

Major League Baseball appears to be on the verge of a return. MLB would play its games without fans, but still make a large amount of money from television revenue.

But for smaller leagues - like Minor League Baseball and the Northwoods League - that's not an option. Those leagues still make most of their revenue off ticket sales and concessions.

"Playing games in front of no fans just adds expense to us," he said. "We already have enough expense and aren't looking to add that. Without fans we wouldn't be able to play games."

Zerjav said the T-Rats are still in limbo - waiting for MLB to make its decision before the attention turns to Minor League Baseball. But with each day that goes by, the possibility of a season seems less likely.

"You always want to be optimistic," he said. "From the realistic stand point... the further we get along... I have a feeling we're not going to be looking at Timber Rattlers baseball this year."

Up the road in Ashwaubenon, there's a little more optimism. The Green Bay Booyah of the Northwoods league are more confident they could have a season.

"I am very hopeful that we will have baseball here at Capital Credit Union park this summer," John Fanta, the general manager of the Booyah, told NBC 26.

"We have not heard from the Northwoods League if and when we'll be able to start," he said. "But we're just kind of preparing as if we would, at some point."

A big reason for that is location. While MiLB is comprised of several leagues across the country, the Northwoods League is more regional - with most of its 22 teams located in Wisconsin and Minnesota.

"(There are) a lot of different protocols in place in various areas and I think everybody will need to be on the same page," Fanta said." I could see us playing potentially in smaller pods geographically this year just to make that work."

In addition to his role with the Timber Rattlers, Zerjav also serves as the president of the 2018 Northwoods League Champion Fond du Lac Dock Spiders.

"That's a season that we are hoping we are hoping we're going to be able to get going and that's a little bit different than minor league baseball," he said. "So I actually think we'll have a better chance of getting (the Northwoods League) going, potentially even sooner than later."

Both Zerjav and Fanta confirmed Northwoods League teams will have a call with the league office on Friday to get a better idea of a timeline for a potential season.