Night of violence in Madison results in more arrests, damage 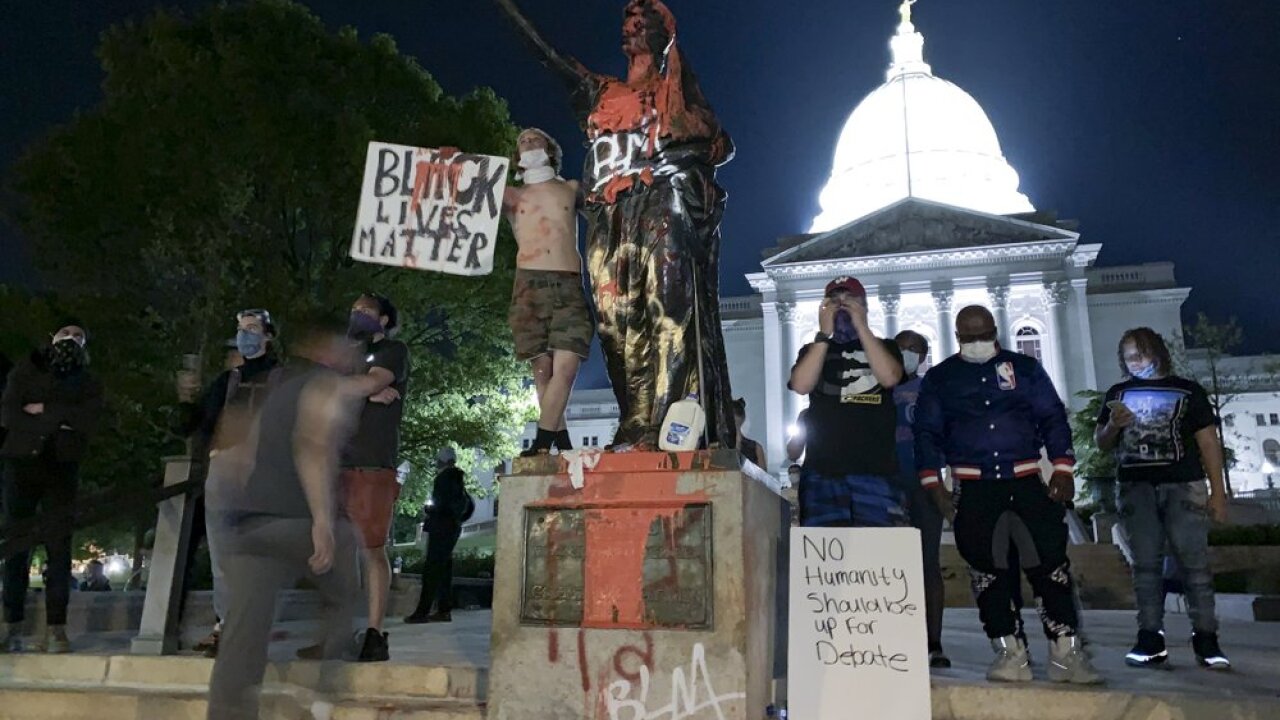 Police said around 1 a.m. that someone fired a handgun in the air, two men were beaten with a crowbar and others attempted to light Molotov cocktails. Madison Police Chief Vic Wahl said in his blog that multiple police officers were struck with rocks and projectiles.

It was the third night of violence in Madison, the liberal state capital with one of the deepest racial divides in the nation. Demonstrations have flared there and across the state and country over the killing of George Floyd, a black man who died after a white Minneapolis policeman pressed his knee into his neck until he stopped breathing. The rallies have turned violent in several cities,

The unrest late Monday in Madison came after an hourslong peaceful protest during which the mayor spoke with marchers who stopped traffic on a busy six-lane street downtown. Although the demonstration was tense at times it had moments of levity, with participants line dancing in the street.

Protests late Monday in Milwaukee remained peaceful. Protesters walked for miles from Milwaukee to the suburbs of Whitefish Bay and Glendale, before heading back into the city early Tuesday. Milwaukee Police said before the protest began that they had arrested 109 people the previous two nights for curfew violations.

Madison police said 15 people were arrested Monday night, bringing the number of arrests since Saturday to at least 32.

The Capitol has increasingly become the target. A four-letter expletive was painted in large red letters on the building Monday night.

Graffiti painted on the state veterans museum, the “Forward” statue and nearby sidewalks and boarded-up storefronts said: “We had enough,” “Where is our museum?” and “Do you hear us?”

Criticism from Republican state lawmakers over Madison’s handling of the protests escalated Tuesday.

Several lawmakers retweeted photos of the vandalized “Forward” statue. It was first installed 125 years ago, but replaced with a bronze replica in 1998. It is placed prominently outside the Capitol, facing the University of Wisconsin campus and the street lined with bars, restaurants and small businesses that have been the target of much of the vandalism since Saturday.

“The cause is just but the reaction by those wishing destruction and the lack of response by those entrusted with keeping the peace is indefensible,” said Republican Rep. John Nygren, of Marinette, in a tweet sharing a picture of the vandalism.

“When does it end?” Steineke tweeted. “When are you going to put a stop to this? Without a massive police presence (with actual arrests), this is your ‘new normal’.”

Rhodes-Conway has condemned the property damage and violence, but also said that frustration should instead be directed at how black people are treated.

Evers activated the Wisconsin National Guard to assist local police in Madison, Milwaukee and Kenosha since Saturday. Hundreds of troops from the National Guard have been on the scene of protests.