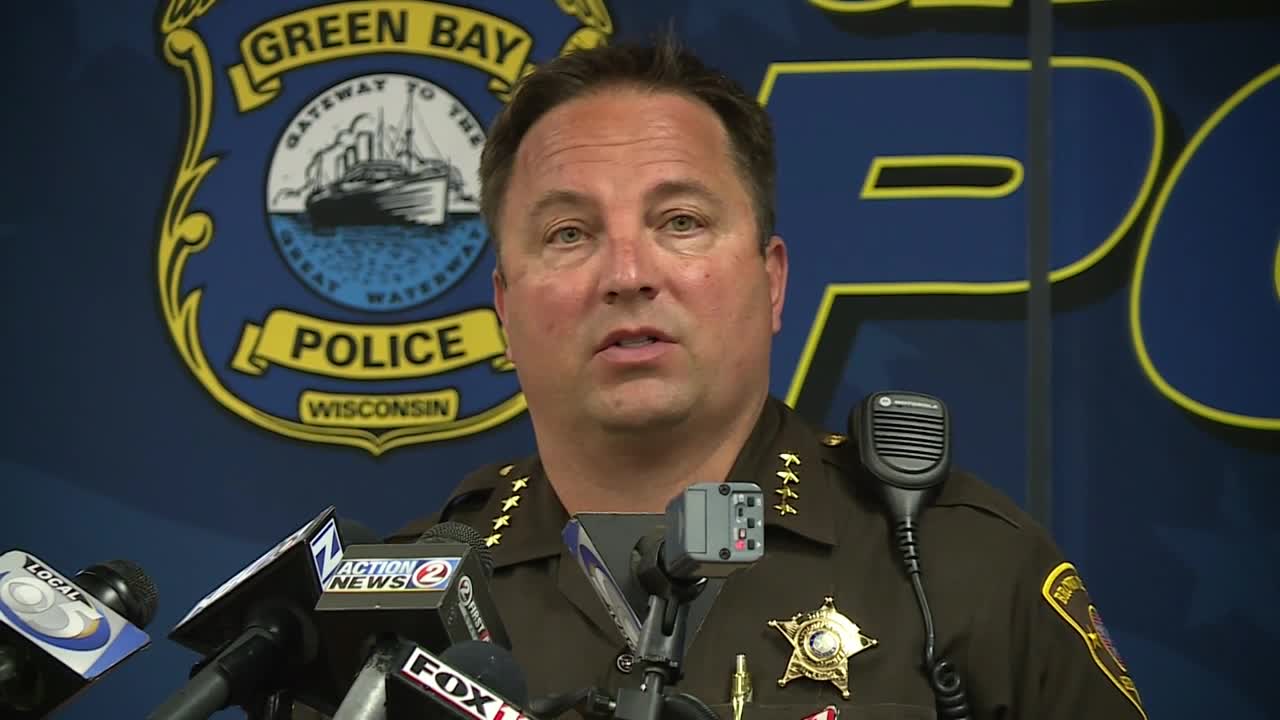 After peaceful protests on Sunday, "generally law-abiding" demonstrators returned to downtown Green Bay late Sunday night, according to Chief Smith, who said they handed out a few traffic violations at this time.

Within hours, officers were responding to reports of looting and shots fired at the Marathon gas station on Monroe and Walnut Streets.

Chief Smith said investigators believe "multiple rounds" were fired from the outside of the gas station, aimed in to the store. Nobody was hurt in this incident. In response, law enforcement created a barrier around the store to prevent further looting while preserving the crime scene.

"At this point, the crowd turned on the police officers," Chief Smith said, "and over the course of the next several hours, ultimately threw stones, damaged police vehicles, struck some of our officers with rocks and chunks of brick."

In order to disburse the crowd, authorities responded with gas and rubber bullets.

"Munitions came from the Sheriff's office," Brown County Sheriff Todd Delain said. "We have a mobile field force unit that's been in place since 1999, and it's designed to disburse crowds. So the rubber ball munition that you're talking about was deployed when our officers and officers from the green bay police department were struck."

At the press conference, Mayor Genrich confirmed that a curfew would be in place for Green Bay within the coming hours, but was still figuring out logistics with the Green Bay Police Department. By 4 p.m., the city announced a curfew in place beginning at 9 p.m. on Monday, June 1 and expiring at 6 a.m. on Wednesday, June 3.

Local law enforcement said they would continue to monitor situations around the area in tandem with their curfew.

"We've heard some rumblings, nothing official about another possible march through town at 8 o'clock tonight," Chief Smith said. "If that happens, great. If there's a curfew in effect, then people that decide to come to that in violation of curfew will be arrested for that."

"All I am asking for is cooperation. If something like that should occur again, we hope that it does not, but safe passage," Chief Wiegert said. "So that our ambulance can get in, can get to the subjects that might need the assistance, so that they can get it in and get out and get them treated and transported to the hospitals."