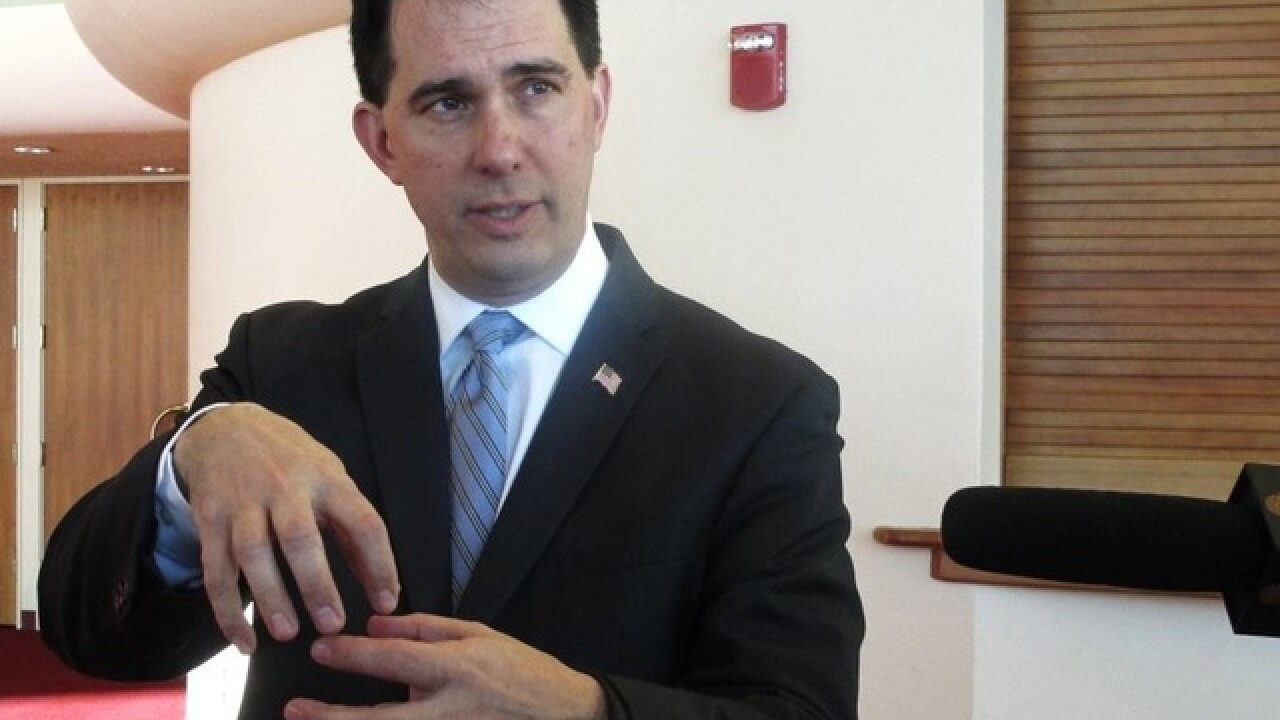 Gov. Scott Walker’s use of the state airplane has increased since he ended his presidential bid in 2015, public records obtained by a liberal attack group released on Monday show.

The uptick in using the taxpayer-funded plane came as Walker refocused on Wisconsin amid lagging poll numbers in the wake of his failed presidential run in September 2015.

In total, between dropping out of the presidential race in September 2015 and April of this year, Walker has flown 114,390 miles on the state plan at a cost to taxpayers of about $818,500, the report from One Wisconsin Now showed.

Governors, cabinet members, state lawmakers and other state officials of both political parties routinely use the state airplane to more quickly and easily travel around Wisconsin and sometimes head out of state for official events. Their use of the plane, and the cost to taxpayers, is also frequently used by political opponents to attack them, especially as an election nears.

Walker’s use of the state plane was previously a target for Democrats when he was up for re-election in 2014. When the issue was raised then, the Walker administration released Doyle’s flight records showing the two spent comparably on state flights.

Walker’s spokeswoman, Amy Hasenberg, called the report a “gross mischaracterization of Governor Walker’s dedication to visiting with the people of Wisconsin.”

“Governor Walker has shown an unparalleled level of commitment in supporting, listening to, and meeting with hard working families in every corner of the state,” Hasenberg said. “From visiting communities recovering from disasters, to attending funerals of fallen officers and public officials, to discussing the positive things getting done throughout the state, Governor Walker has shown he stands ready to support Wisconsin and our citizens at any time.”

One Wisconsin Now director Scot Ross accused Walker of abusing public money and trust in his use of airplanes.

“He’s operated as if the state airplane is his personal vehicle and available for him whenever he wants to for whatever he wants,” Ross said.

Highlights of One Wisconsin Now’s findings include:

— Walker used the state plane at a cost of $1,755 in 2015 to attend the funeral of former Wisconsin Supreme Court Justice Patrick Crooks in Green Bay, which Ross asserted saved Walker driving time so he could attend the University of Wisconsin football game in Madison that night. Walker tweeted that night that he was at the game.

— Walker took 11 trips that ranged from 24 miles to 64 miles. Walker in 2014 defended short flights, saying they were typically part of multi-stop trips throughout the state.

— Walker reimbursed taxpayers $6,760 for four flights that were not official state business.