'I thought we were dead': Roof ripped off family's home in Fond du Lac County 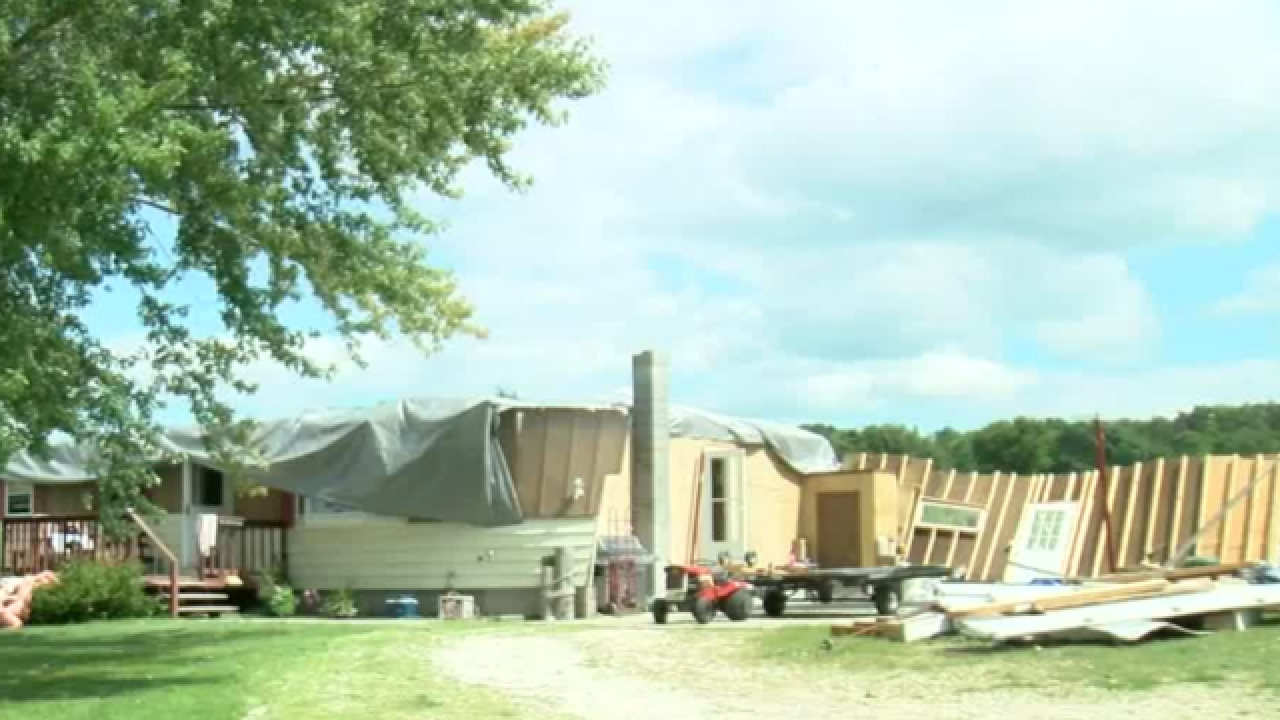 The buzz of chainsaws can be heard throughout Fond du Lac County. A lot of roads are still closed.

When you’re up close, seeing the damaged homes and properties and large trees split in half, it’s hard to imagine what it must have been like to be in the middle of the severe storms Tuesday.

Eric Schonasky and his wife were at the epicenter of one of the tornadoes. Their home was destroyed. They were able to make it to the basement just in time.

“I heard a crash and knew we were in trouble,” Eric said. “We dove to the floor and I threw a blanket over our heads. That’s when the roof ripped from our house. The power went out for a few seconds, so it was pitch black. I thought we were dead.”

When they realized they were still alive, they started noticing what had just taken place.

“The rain was pouring down inside our house,” Eric said. “I was trying to figure out why. Did a window break, or what? Then I realized the whole roof was in the backyard and our garage was gone. I honestly think I’m still in shock two days later. It’s hard to process this.”

While it will be a long road of rebuilding, Eric points out how something just as powerful happened once the storm passed.

“There were like 13 people here within an hour after it happened,” he says. “Some of the people I haven't seen in 15 years. Word spread through town and they came to help us empty-out as much as we could out of the top of the house. Photos, clothes, things we could salvage.”

As dozens of homeowners and farmers are left cleaning up, the National Weather Service is on the ground gathering data. They’re taking pictures and researching the path the storms traveled, and the damage left behind.

“What's kind of amazing, is just how many trees have been knocked down in southern Fond du Lac County,” says Tim Halbach, with NWS. “Reviewing the damage helps us determine what came through here. Were there more tornadoes, or strong straight-line winds? Tornadoes typically pick things up and drop them nearby. Straight line winds, flatten trees and debris to the ground.”

“From our 911 calls from the day of the storm, and the assessments we made that night, we know the areas hit hardest,” says Capt. Waldschmidt. “So we can help lead NWS and emergency assessment teams.”

Capt. Waldschmidt says since Tuesday sheriff’s deputies have responded to hundreds of calls.

“We make sure that we rotate our deputies’ schedules, so they can get adequate rest,” he says. “It’s been a lot. We’re having to crawl through debris, help homeowners lift fallen trees, and monitor those who are still without power.”