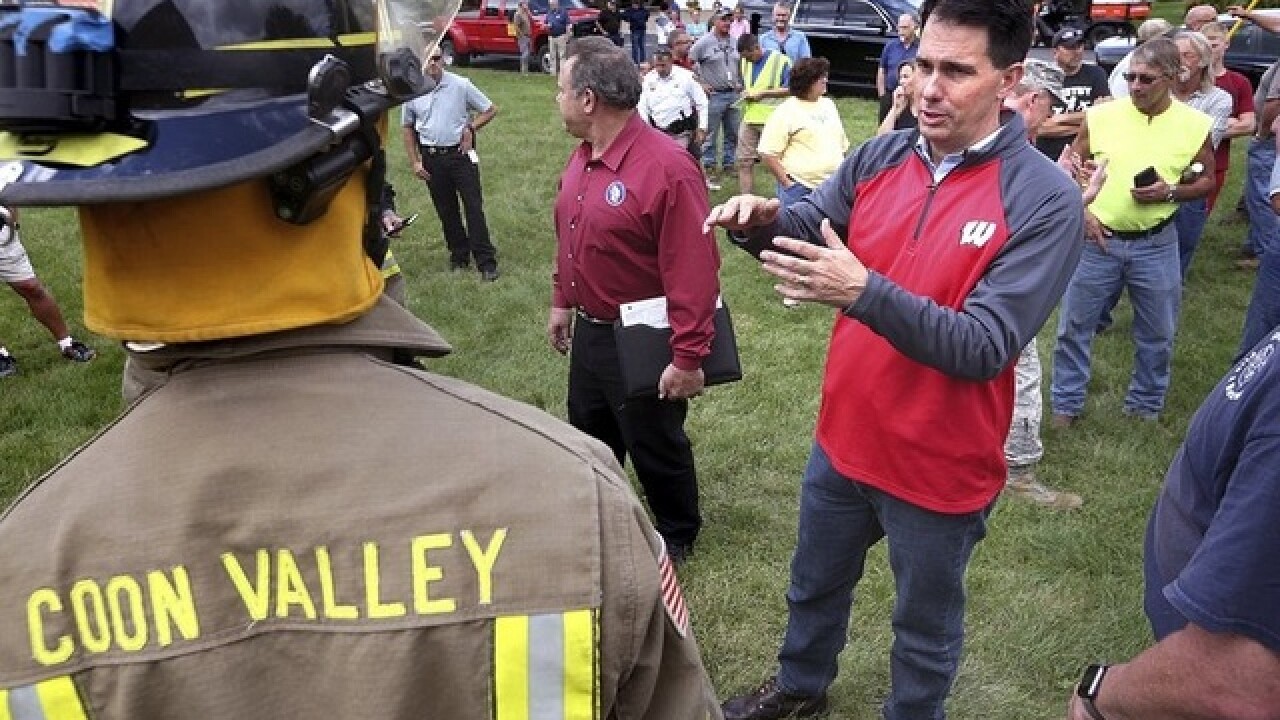 Water-logged southern Wisconsin braced Friday for yet another bout of severe weather over the Labor Day weekend, the latest in a seemingly endless stream of punishing storms and floods.

The National Weather Service predicted that the Madison area would get up to 2 inches from Friday night through Sunday. The area southwest of the city is expected to get up to 3 inches, and some places could get more.

Andrew Beckett, a spokesman for Wisconsin Emergency Management, said authorities are keeping a close eye on the swollen Baraboo and Kickapoo rivers. Rain this weekend would add to the woes of flooded towns and villages along the rivers, where sandbagging efforts have been ongoing for days.

The forecast is another blow to weather-weary Wisconsinites. A series of torrential thunderstorms have battered the southern portion of the state over the past two weeks, causing historic flooding. Emergency officials estimate that some areas have received more than 14 inches (36 centimeters) of rain in that span.

The National Weather Service on Thursday confirmed at least 16 tornadoes touched down in the state during a fierce storm on Tuesday.

One man drowned last week after floodwaters swept his car into a Madison drainage ditch, but there have been no other reports of storm-related deaths or injuries.

Communities across the region have been grappling with flooded neighborhoods and roads, racing to fill sandbags before the next storms arrive.

Walker has spent the last few days touring flood damage. He was due to make a stop in Baraboo on Friday afternoon. He tweeted Thursday that the storm damage was “amazing” and “heartbreaking.” On Friday he tweeted warnings urging people not to drive through standing water or let children play in it.