No. 5 Badgers will play No. 12 Oregon in NCAA tournament 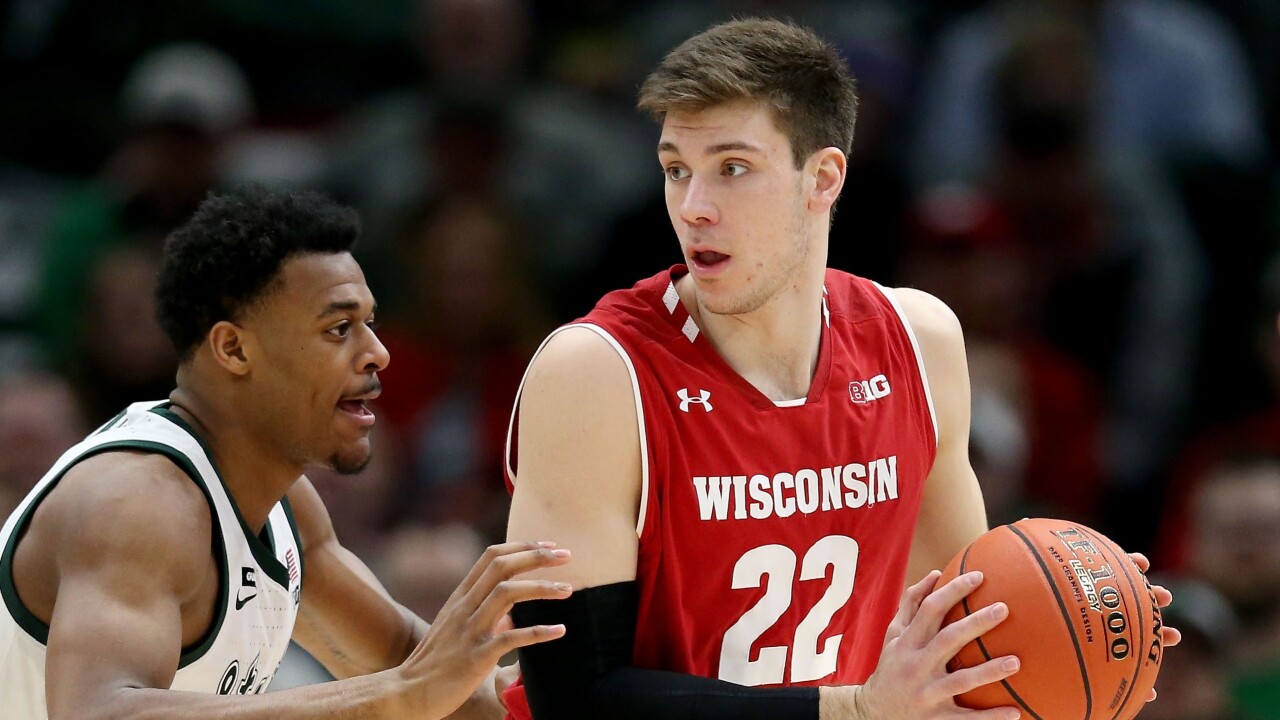 CHICAGO, ILLINOIS - MARCH 16: Ethan Happ #22 of the Wisconsin Badgers handles the ball while being guarded by Xavier Tillman #23 of the Michigan State Spartans in the first half during the semifinals of the Big Ten Basketball Tournament at the United Center on March 16, 2019 in Chicago, Illinois. (Photo by Dylan Buell/Getty Images)

March Madness is on, and the Wisconsin Badgers are dancing.

The Badgers will be a No. 5 seed, facing 12th-seeded Oregon in the South Region in San Jose, California, on Friday.

“No team is going to say they can’t win it all," said Ethan Happ. "We genuinely feel that, but we’re looking at the first ball game right now.”

The Atlantic Coast Conference claimed the top three seeds in the tournament, but it was the Big Ten leading the nation in tournament bids.

The Big Ten had eight teams make the field: No. 2 seeds Michigan and Michigan State, No. 3 seed Purdue, No. 5 seed Wisconsin, No. 6 seed Maryland, No. 10 seeds Minnesota and Iowa, and No. 11 seed Ohio State.

The ACC had led the country with nine bids in each of the past two seasons, but slipped to seven this time to tie the Southeastern Conference, while the Big 12 had six.

The American Athletic Conference and Big East each had four teams, while the Pac-12 ended up with three after looking at times like it might be a one-bid league this season.

On Saturday night, Duke, led by freshman sensation Zion Williamson, won the Atlantic Coast Conference Tournament and positioned itself as the favorite in Vegas to win it all when the nets come down at the Final Four on April 8.

The Blue Devils are an early 9-4 favorite.

The tournament starts Tuesday with a couple of play-in games, then gets into full force Thursday and Friday with 32 teams playing each day at eight sites around the country.