Vehicles from massive crash being released 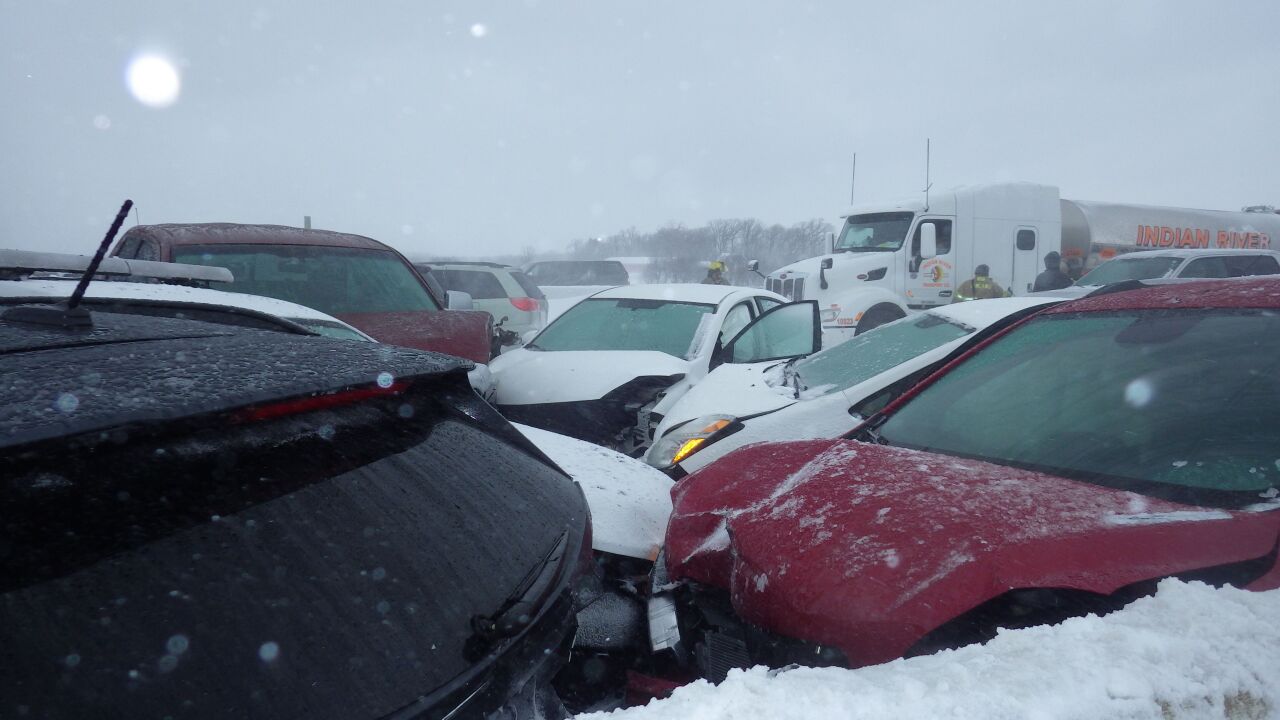 WINNEBAGO COUNTY, Wis. — Vehicles that were impounded after a massive chain reaction crash on Sunday are now being released, according to the Winnebago County Sheriff's Office.

"As vehicles are being systematically released, the owners are being notified. It is anticipated that this will take a few days," the Sheriff's Office states in a news release.

The majority of the cars impounded are expected to be completely totaled, the Sheriff's Office says.

If you have any information in regards to this crash, or have specific questions about an involved vehicle, you are asked to call Detective Division at 920-236-7657.