The Wrightstown girls basketball team never got a chance to play for its state championship. But two months later, a silver lining: The Tigers received a "State Finalist" trophy from the WIAA. 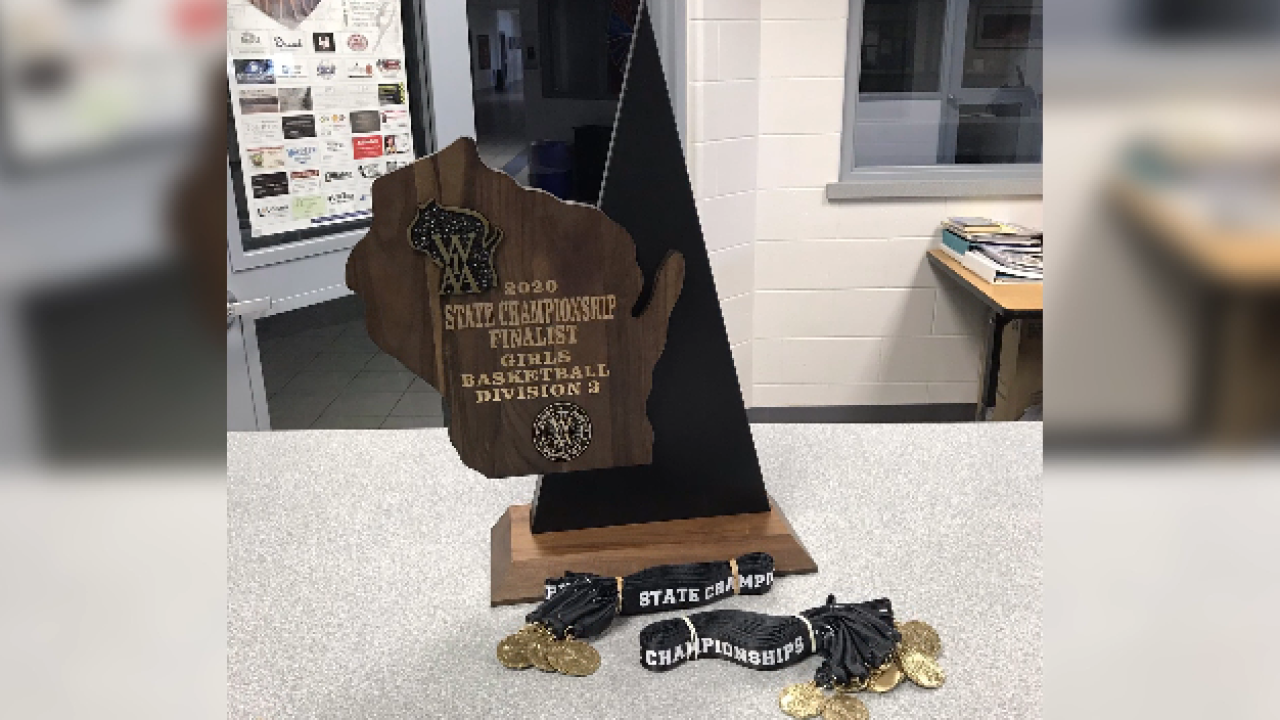 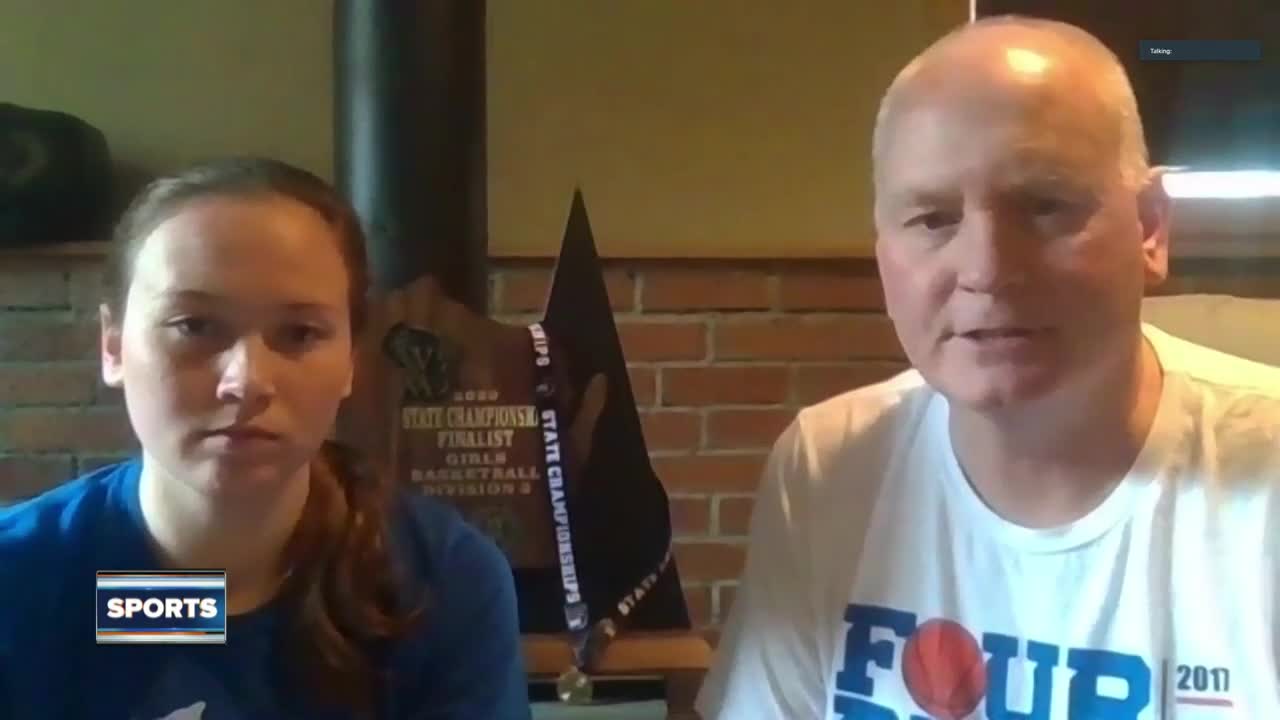 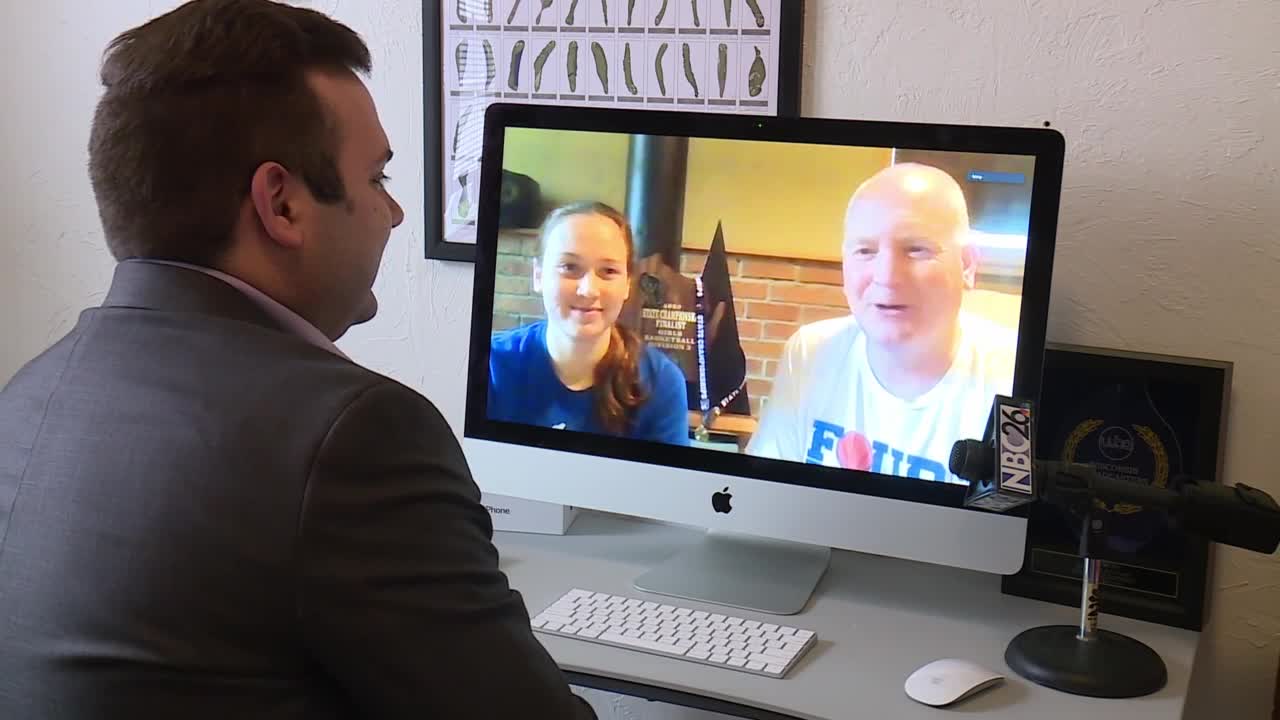 WRIGHTSTOWN, Wis. (WGBA) -- Even two months after the WIAA girls basketball tournament was canceled due to the coronavirus pandemic, the disappointment still hasn't worn off for Wrightstown girls basketball head coach Mike Froehlke.

"It's starting to hit me now that we'll always have a championship game where we never got to play," the longtime Tigers head coach said. "It's been more disappointing now that I've thought about it more."

While 56 boys and girls across the state saw their seasons inconclusively cut short, Wrightstown was one of only four teams to actually advance to a state championship game.

After a state semifinal win on Thursday, March 12, the Tigers were just one victory away from capturing the program's first ever state title. While the disappointment hasn't faded, a silver lining came on Wednesday - as a state finalist trophy from the WIAA arrived in the mail.

"We understood (not playing)," Bridget Froehlke, Wrightstown's all-state point guard and the coach's daughter, said. "We were grateful that they also understood how we felt afterwards and that they wanted to give us a little bit of recognition afterwards."

"To know that the WIAA recognized our season and we'll have a nice trophy here to put in our trophy case and banners to hang on the wall in our gym is nice to know," Mike Froehlke added.

For Bridget, the cancellation of the tournament wasn't even the half of it.

The sharpshooting guard tore her ACL in a practice just days before the state semifinal. Now, she's eight weeks removed from surgery, and rehabbing with the guidance of Packers' team doctor Pat McKenzie.

Froehlke is still on track to play Division 1 hoops at the University of Missouri-Kansas City.

"They're so supportive," she said of the UMKC program. "My head coach actually tore her ACL four times. She understands the length of the rehab process and the emotions that go through someone that is experiencing an injury.

"They're just super understanding and they wanna help me in any way they can."

As for Mike Froehlke - he'll be back for another go-around next year. He said he considered stepping away to better support Bridget at UMKC. But, he can't give up the job that easily.

"Coaching is really part of who I am and what I do and I love it," he said. "I don't know if they want to be around me when I'm not coaching because I enjoy it and it's a big part of our family."

Wrightstown finished the 2019-20 season with a record of 25-2. The Tigers shared the Northeastern Conference championship with Freedom, the fourth straight year they've won at least a share of the NEC title.