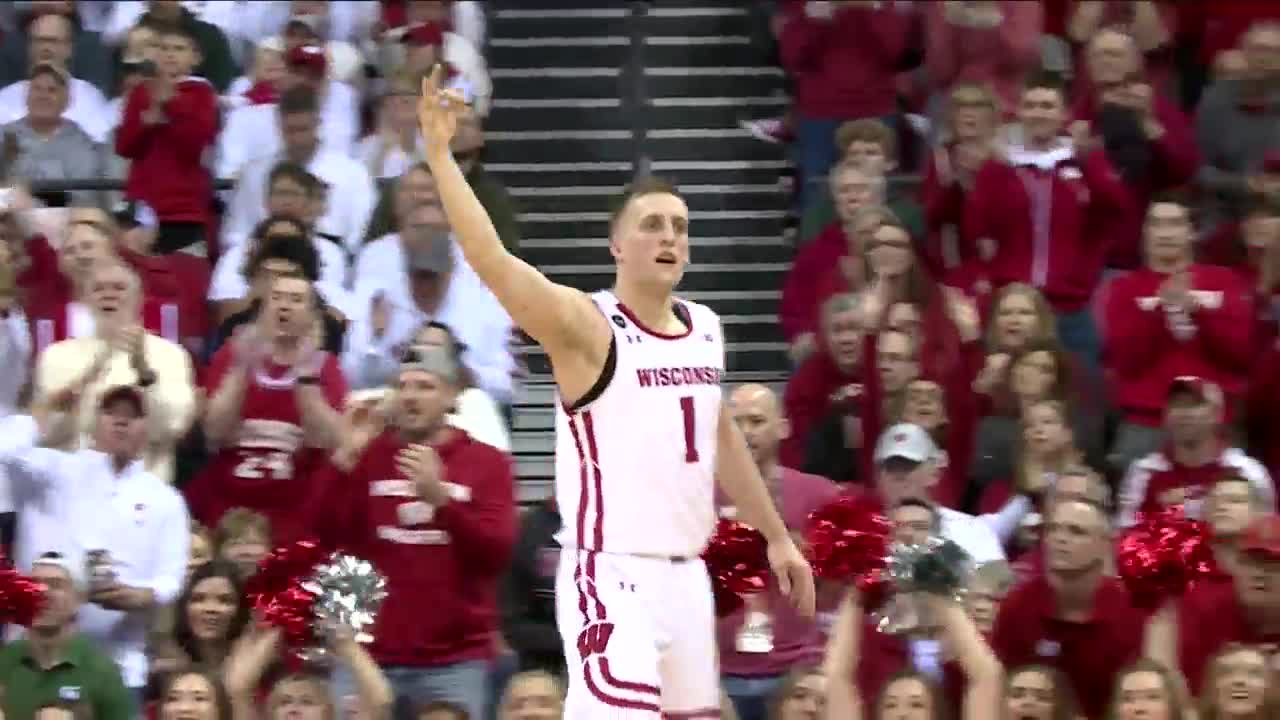 MADISON (WGBA) -- After a chaotic week during which their second-leading scorer abruptly left the program and their emotional leader was suspended amid character questions, the Badgers righted the ship with an upset win over Michigan State on Saturday.

Brevin Pritzl was at the center of it all: with Kobe King gone and Brad Davison suspended, the De Pere native played all but one minute of Saturday's game - finishing with 10 points and seven rebounds.

"I just try to do my job and whatever it is Coach (Greg) Gard asks me to do," Pritzl said Monday at the team's first practice since the win. "We talked before the game and I said if you want me to play all 40, I'll play all 40."

Thirty-nine minutes is 14 more than Pritzl's season average. That load should lessen when Davison returns from suspension for Wednesday's game at Minnesota. But with King gone for good, Pritzl said he is ready to help the team in any way he can.

"I pride myself on doing the most that I can," he said. "Whether it's rebounding, whether it's shooting. I always try to get some shots up and making shots is what my role is, per se.

"But it's just about doing those little things that at the end of the day win games and I was able to do that (Saturday) and I just want to continue to build on that going forward."

The Badgers play at Minnesota on Wednesday. The game tips off at 8:00 p.m. at Williams Arena in Minneapolis.