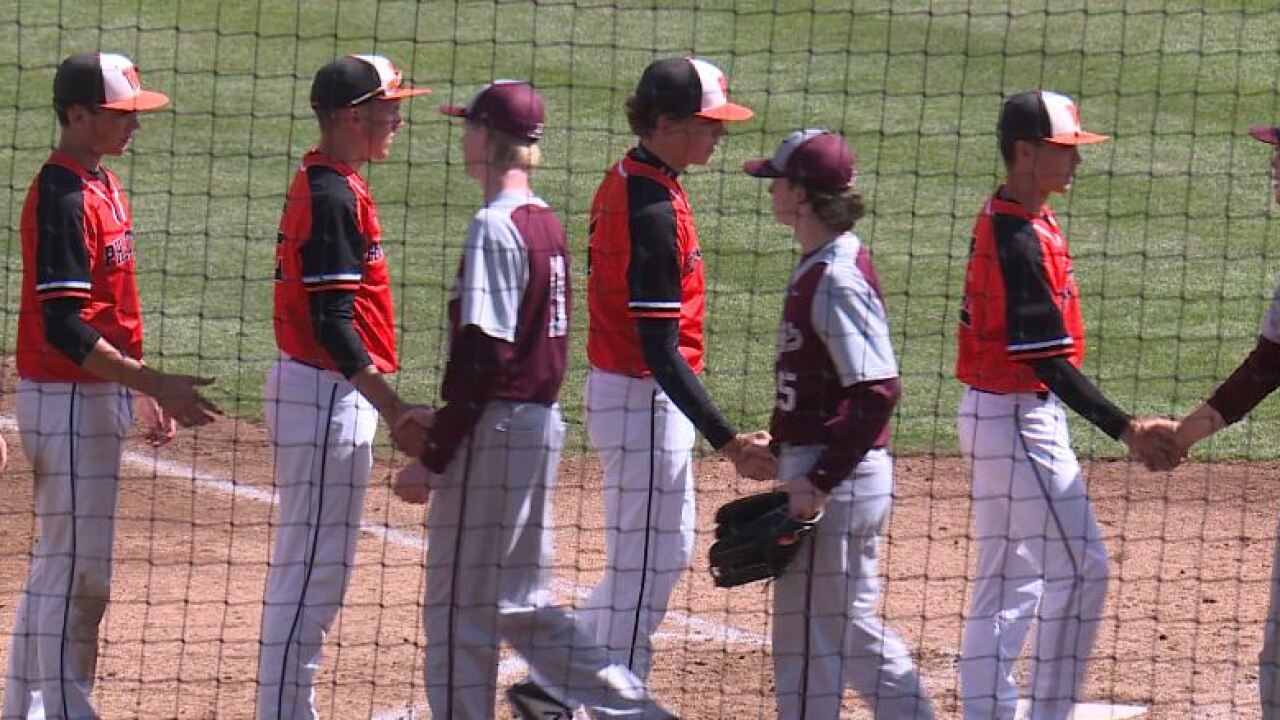 GRAND CHUTE, Wis. — The West De Pere Phantoms were one game away from a shot at winning their second state baseball championship in school history.

Then came the Antigo Red Robins.

Antigo out-dueled West De Pere 3-0 in the state semifinals on Thursday. The game was originally scheduled for Wednesday night, but had to be pushed back to an 8:00 a.m. Thursday start due to weather. The Phantoms best chance came in the second inning with two on and nobody out. Antigo pitcher Brady Renfro then struck out the next three batters getting out of the jam.

"We had an opportunity right there to maybe put a run or two on the board early," West De Pere head coach Joe Rukamp said. "Unfortunately, that's the way baseball goes."

"Take nothing away from Antigo, but I still feel like we're probably the best team in the tournament," coach Rukamp said. "In a one-game scenario, it is what it is."

West De Pere entered the tournament as the top ranked team in division two riding an 18-game win streak. They shut out the defending state champion Waupun Warriros in the Sectional Semifinals and then beat Seymour in the Sectional Final. The Phantoms will graduate 11 seniors including today's starting pitcher, Connor Landgreder.

"I'm going to remember how the team was, it was such a great atmosphere, "Landreder said. "Just a bunch of guys that love to play baseball."