The UW-Green Bay men's basketball team moved into a tie for third place after Sunday's victory over the conference's top team. 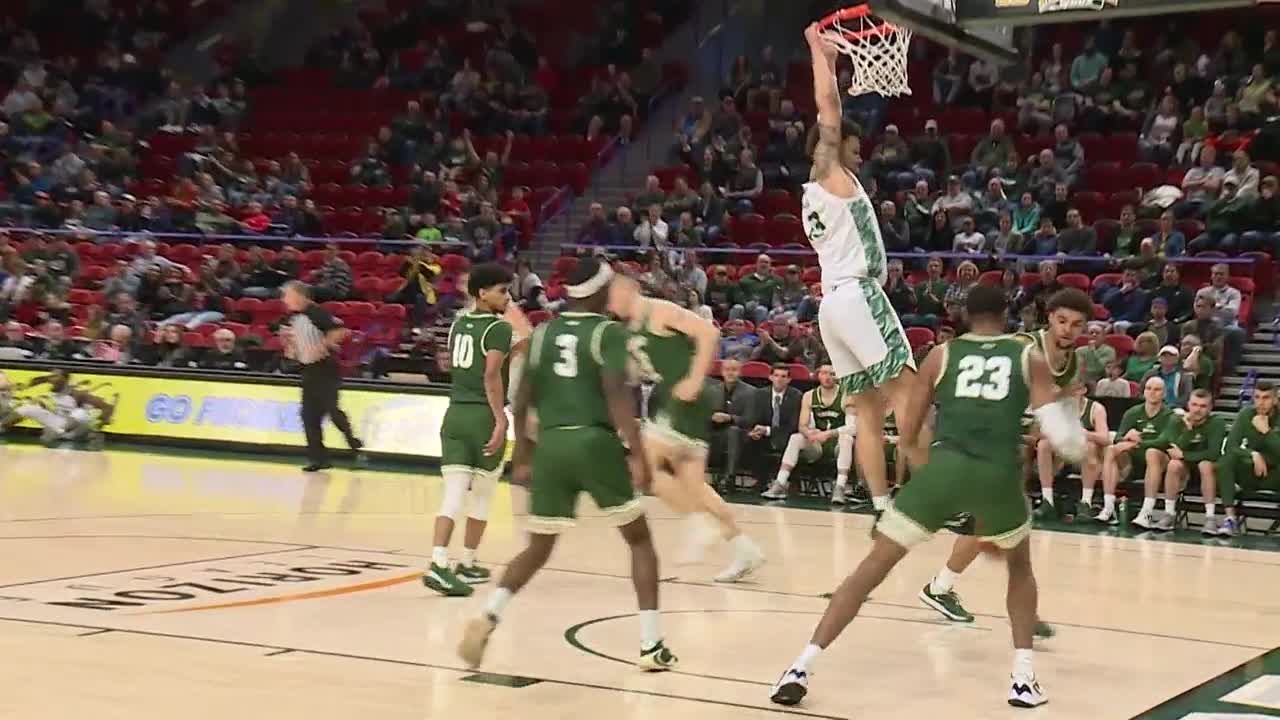 GREEN BAY (WGBA) -- The Phoenix's confidence is rising after a big win over Wright State on Sunday.

And rightfully so; in its victory over the Horizon League's top team, Green Bay had flashes where it looked like an NCAA Tournament team.

In a fast and physical game, the Phoenix got 60 combined points from their three starting guards - Amari Davis, Kam Hankerson and Jaquan McCloud - and survived a late rally from the Raiders to win 92-89.

"When we play the way we're capable of playing we're as good as anybody in the league - we can beat anybody," head coach Linc Darner said following Sunday's win. "(After Friday's loss) we talked about playing with a sense of urgency.

"We can beat anybody when we play well. But if we don't, anybody can beat us."

Hankerson said the win didn't necessarily give Green Bay confidence, but reminded them of how good they are at their best.

"It puts us in the mindset that when we come to play we're really good," said the senior guard, who finished with 22 points in the big win. "I think that come conference tournament time everybody will come ready to play so we've got to come ready to play as well."

With seven games remaining the Phoenix are currently in a tie for third atop the Horizon League, two games back of second place Northern Kentucky - which beat them on Friday night. The top two teams at the end of the season both earn a first round bye in the Horizon League tournament.

Green Bay now hits the road for five straight games away from home, starting Thursday with a matinee at last place IUPUI.