Williams, Martin added to Reserve/COVID-19 list, out for Thursday's game

Both Jamaal Williams and Kamal Martin were deemed to have been in close contact with A.J. Dillon, who tested positive for COVID-19 Monday. 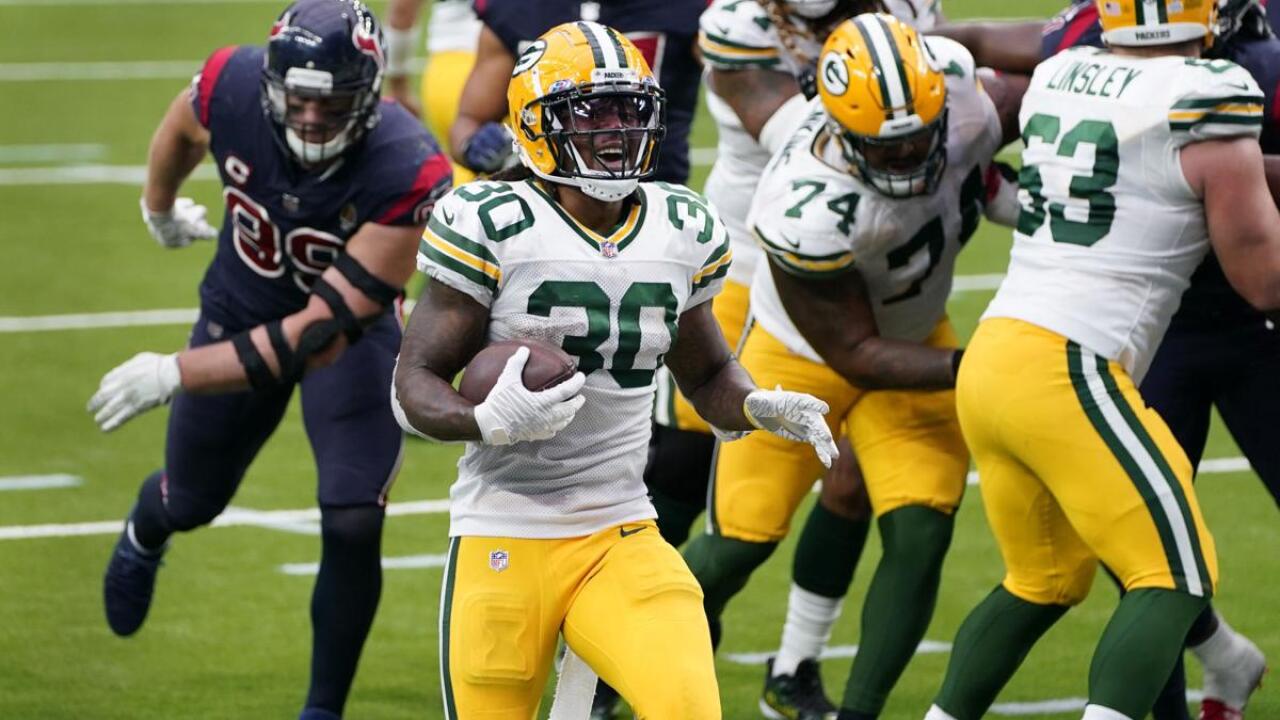 GREEN BAY, Wis. (NBC 26) -- The Packers have placed running back Jamaal Williams and linebacker Kamal Martin on the NFL's Reserve/COVID-19 list, meaning they will not be eligible to play in Thursday's game against the San Francisco 49ers.

Both Williams and Martin were deemed to have been "high-risk" close contacts of A.J. Dillon, who tested positive for COVID-19 on Monday and will also be out for Thursday's game. At this point, Dillon is the only Packers player to test positive for the coronavirus.

With both Dillon and Williams out, and Aaron Jones unlikely to play because of a calf injury that has kept him out of the last two games, the Packers could be without their top three running backs for Thursday's NFC Championship rematch.

"We'll have a good plan for whoever gets to get those opportunities," Packers quarterback Aaron Rodgers said Tuesday. "But it's pretty simple what we're trying to do on offense is be explosive, find ways to get the ball to (Davante Adams) and get the ball to our guys in space."

"Obviously without having a couple backs we're going to have other guys with other opportunities to fill those roles," he added. "I look forward to the challenge."

Tyler Ervin, who has primarily played as a wide receiver this season, and practice squad RB Dexter Williams will be Green Bay's top two options out of the backfield, unless Jones is able to play.

Williams, a sixth round pick out of Notre Dame in the 2019 draft, has played in just two NFL games and has only five carries for 11 yards. Still, Rodgers said he has confidence in the second-year back if he's called-upon Thursday night.

"I love Dex," the Packers quarterback said with a smile. "Dex has a really good attitude. He's done a nice job of just kind of growing up in the offense and feeling more comfortable with the checks and his responsibilities in pass blocking and route-running."

"It seems like he's a little more settled this year and feeling more confident and I'm excited about him getting more opportunities," Rodgers said. "He's a really good kid who cares about it a lot and he's going to be asked to do some things on Thursday."

Aaron Rodgers can't help but smile as he talks about @DexterW_22.

"I love Dex. Dex has a really good attitude. He's done a nice job of just kind of growing up in the offense and feeling more comfortable... It seems like he's a little more settled this year." pic.twitter.com/dxAr3WwBwp

Fullback John Lovett could also see some action in singleback formations, specifically on passing downs - as neither Williams nor Ervin are particularly strong at blitz pickup.