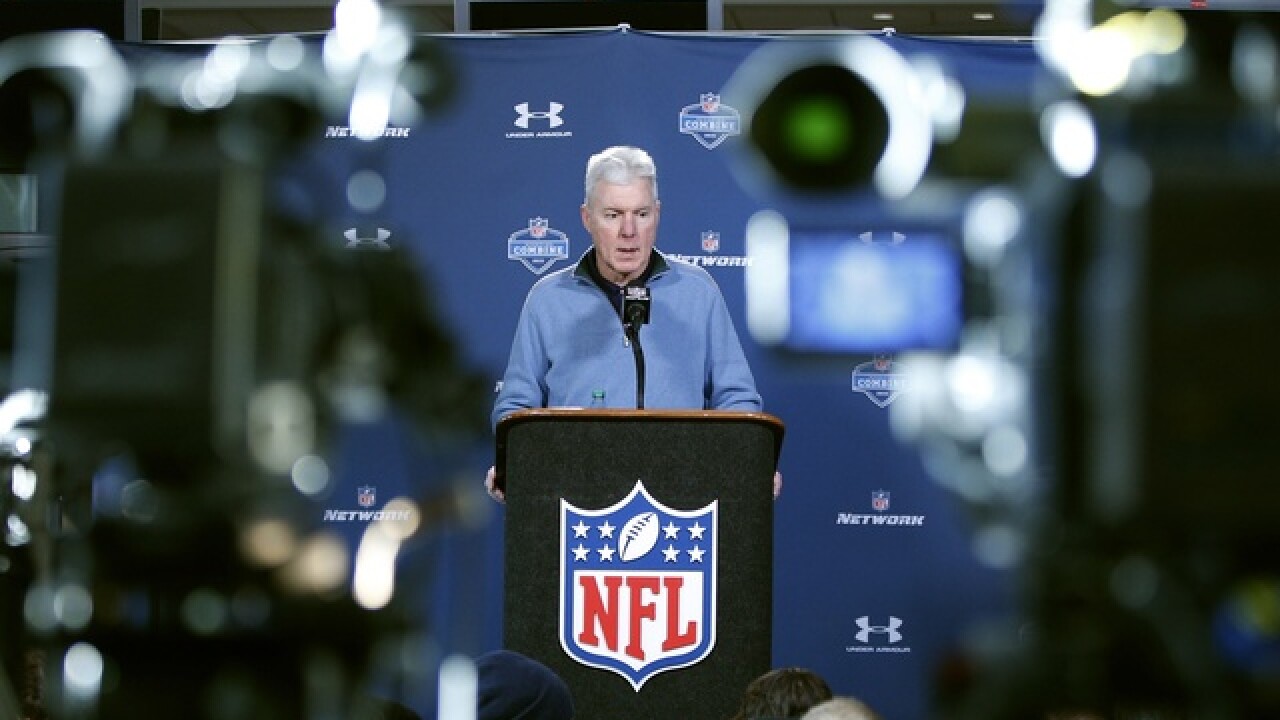 A solemn air hung in the Packers locker room Tuesday morning as players cleaned out their lockers and packed up their belongings to start a long offseason.

Only four current Packers players know what it's like for their season to be over by New Year's Day, but none have experienced change in the Green Bay front office.

The man who led the Packers for 13 years, Ted Thompson, is transitioning out of his role as general manager to a role as senior advisor to football operations, according to a team release. In addition, defensive coordinator Dom Capers was fired after Sunday's 35-11 loss in Detroit.

"I was here in — what was it, 2008? — the last time we didn't make the playoffs," kicker Mason Crosby said Tuesday. "That was the last time we had any real coaching changes, so it is a little uncharted territory for us and it's going to be different. We're going to have some different voices, different faces in here."

Safety Morgan Burnett, who became a free agent Monday, said he has benefited from the continuity Capers provided as his defensive coordinator.

"I mean it’s tough. You’ve been with a group so long. Just basically my eight years I’ve been with the same coaching staff, same group," Burnett said. "It’s tough to see guys leave. Just anybody leave: teammate, coach. I mean, you respect all of them. Dom was a great coach to me. Just to see the moves, change, it’s tough like that. Especially the situation that we’re in, nobody wanted to be in this situation, not making the playoffs."

While Capers was relieved of his duties following the sixth time in the last seven seasons that his defense finished among the bottom 15 units in the league, Thompson's new role with the Packers showed a commitment to change in the organization moving forward.

"I guess they feel that they’re doing what’s right for the team. Like I said, that’s not my department, but as a player, we respect all those men," Burnett said. "They pretty much helped orchestrate and bring us all here. So we respect them as men and we wish them the best."

Some, meanwhile, recognized that the move was just another transaction in the business that is the NFL.

"No clue what it’s like to be a general manager. I don’t know what his role is. That’s not my job," said safety Ha Ha Clinton-Dix. "All you gotta do is worry about if you’re going to be in this business and go from there. All the changes that are going upstairs, we have no control over that."

Most players noted they would be grateful to Thompson no matter what because the GM had brought them into this organization. Most, like offensive lineman Justin McCray, who was working as a bellman at an Orlando resort this time last year, expressed their thanks to Thompson for giving them a shot in the NFL.

"He gave me a shot. I mean nobody else would," McCray said. "I didn't hear a call for two years, and Ted and the guys upstairs gave me a shot to play, and I can't thank them enough for it. I can't say enough good things about him. I was just a kid wanting to paly football and he gave me a chance to do that."

Big year for @64jdm , who was working a 3:30-midnight shift at Westgate Resorts in Orlando on NYE 2016. Now, he has eight starts under his belt for the #Packers as their utility lineman. #transformationtuesday pic.twitter.com/6h1kvIlasv

"It's crazy because I just think back to when I was drafted, and he was the guy who pulled the trigger and believed in me," said linebacker Blake Martinez. "It's definitely a tough thing, but I'll thank him until the day I die for giving me this opportunity."

Wide receiver Davante Adams, who just inked a four-year extension worth $58 million with Green Bay, said he appreciates Thompson showing him his worth to the organization.

"I mean, I’m not exactly sure what’s going on. There’s a lot of things moving around right now, but whatever is going to be best for this organization is what I’m all for," Adams said. "I’ve got a lot of respect for Ted. He’s one of the main reasons why I’m here, and he believed in me and kept me here through some bumps in the road. So lot of respect for him and however he takes care of his situation."

Adams on what went wrong for #Packers this season: "Obviously Brett stepped in and did the best job he could, but having the best QB in the league taken away from you kind of exposes a lot of things. It allows you to see a lot of things. I think it made us all grow a little bit." pic.twitter.com/7zcUUTd6PF

Green Bay went 125-82-1 under Thompson's careful watch, and the organization brought in Mike McCarthy as well as drafting the likes of Aaron Rodgers, Jordy Nelson and Clay Matthews. Also duringThompson's tenure, the Packers enjoyed eight straight playoff appearances as well as a Super Bowl title in 2011.