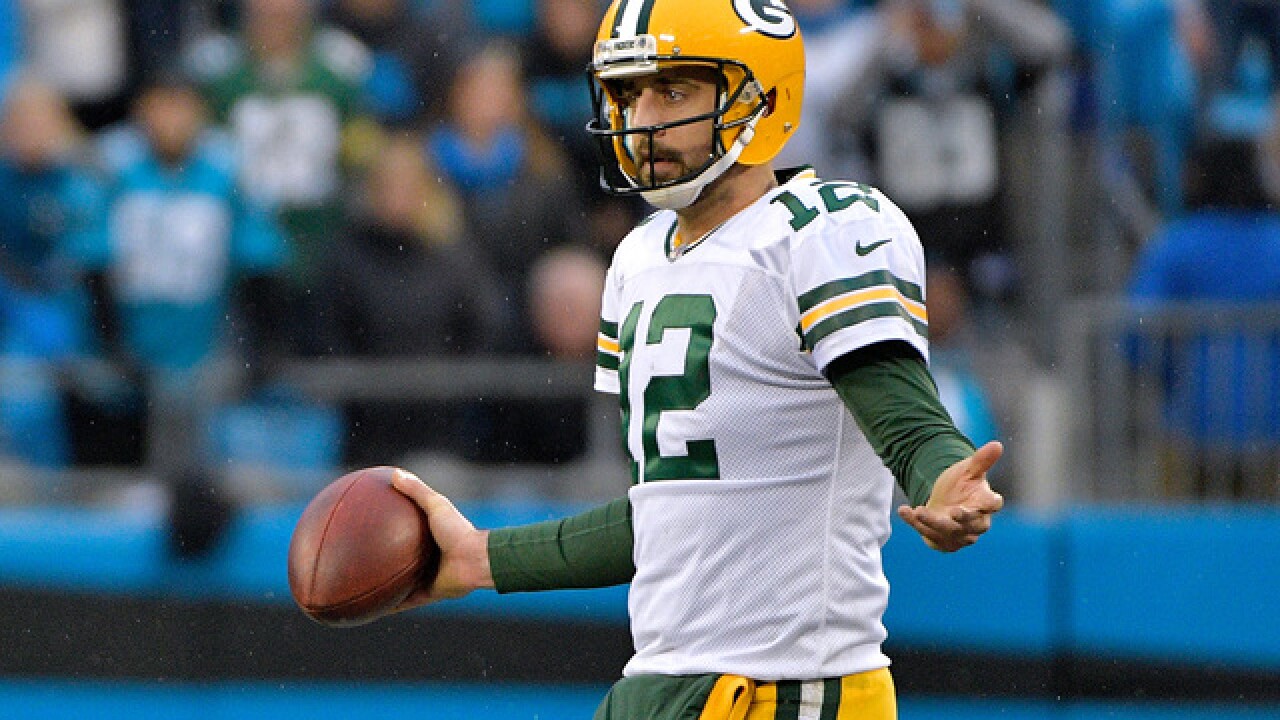 Copyright 2017 Scripps Media, Inc. All rights reserved. This material may not be published, broadcast, rewritten, or redistributed.
Grant Halverson
<p>CHARLOTTE, NC - DECEMBER 17: Aaron Rodgers #12 of the Green Bay Packers reacts during their game against the Carolina Panthers at Bank of America Stadium on December 17, 2017 in Charlotte, North Carolina. The Panthers won 31-24. (Photo by Grant Halverson/Getty Images)</p>

Let's face it, 2017 was weird. The Packers missed the playoffs for the first time in nine years after a roller coaster season that left most fans sick to their stomach at the end of the ride. 2018 is a brand new year, but before we turn our attention to the future, let's take one last look at the defining moments that made 2017 so abnormal in Titletown. 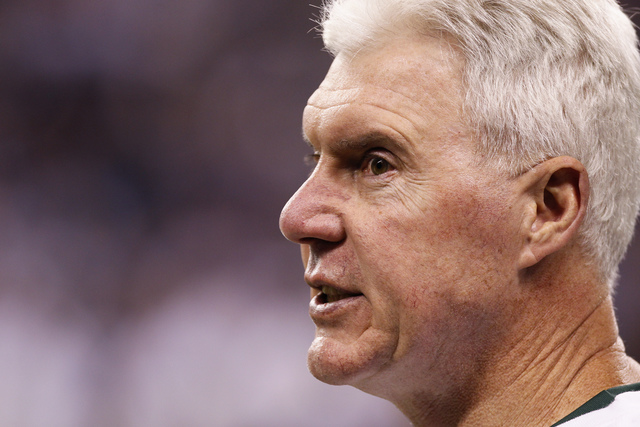 For a team that prides itself on developing from within, many fans didn't understand why Ted Thompson traded out of the first round of this year's draft. As a result, the Packers passed up on an opportunity to draft Wisconsin native T.J. Watt, who could have helped a depleted pass rush. Watt recorded seven sacks in Pittsburgh as a rookie, which would have ranked third in Green Bay behind Clay Mathews (7.5 sacks) and Nick Perry (7.0). 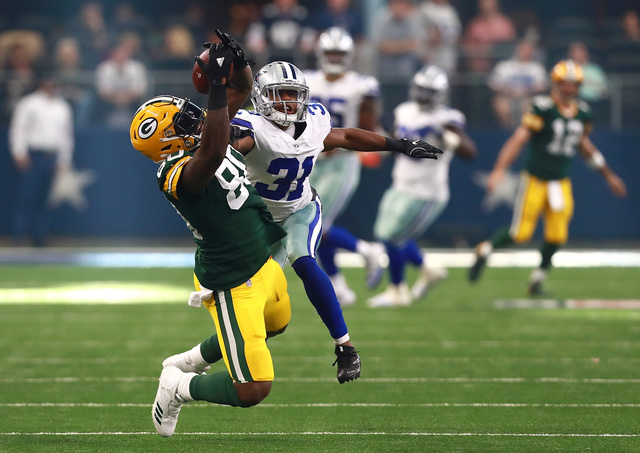 Speaking of Ted Thompson, the Packers GM came out of his free agency shell this offseason and added some flair to the roster with the signing of Super Bowl champion tight end Martellus Bennett.

At first, it seemed to be a match made in heaven. Bennett's 6-foot-6, 275-pound frame gave Aaron Rodgers a go-to target in the red zone, which clicked right from the opening drive in preseason. Bennett also brought some comic relief to a fairly conservative locker room. From wearing cheese hats during interviews, to passing out copies of his children's book and even sleeping on the locker room floor, there was alo something to smile about with Bennett. Until there wasn't. 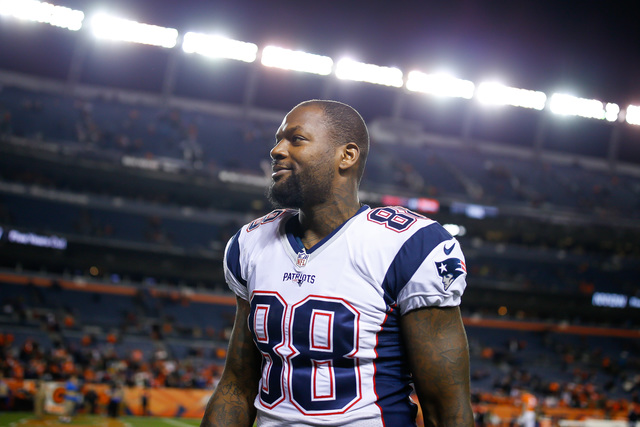 As quickly as fans took to Bennett, they despised him even faster. Just three days before the NFL trade deadline, Bennett posted a story on Instagram saying he was "pretty sure" he would retire after the season. He then told the Packers medical staff that he had a shoulder injury and didn't feel safe with team Dr. Pat McKenzie. Players immediately came to McKenzie's defense on social media and suddenly Bennett looked like a fraud.

The Packers cut Bennett for failure to disclose an injury and he was claimed by his former team, the New England Patriots, that same week. To make matters even more interesting, Bennett was active and played the very next week, making his injury look false altogether. It left the Packers with just two tight ends, but his former teammates didn't appear to miss him much. "We all got a good laugh from it," Clay Matthews told reporters. "It is what is is. Martellus is in their locker room now and not here anymore. So we're just focused on the guys we have in here." 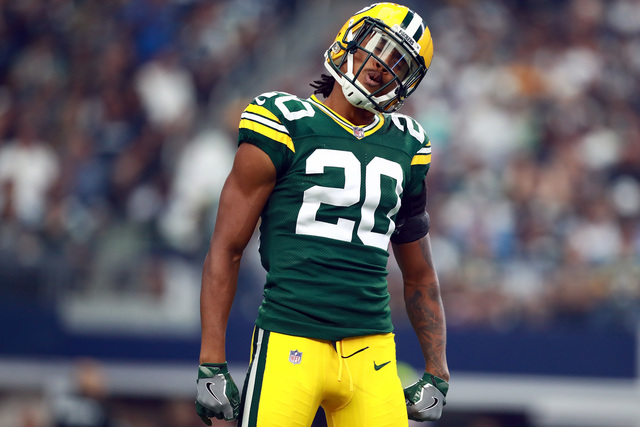 Every team goes through their fair share of injuries, but the Packers training room was at capacity all season long. Fourteen players ended their season on the IR, and the offensive line was like a game of musical chairs. As a result, Aaron Rodgers was sacked 22 times this season, including six times in Week 3 against Cincinnati, the most since December 27, 2015, against Arizona. 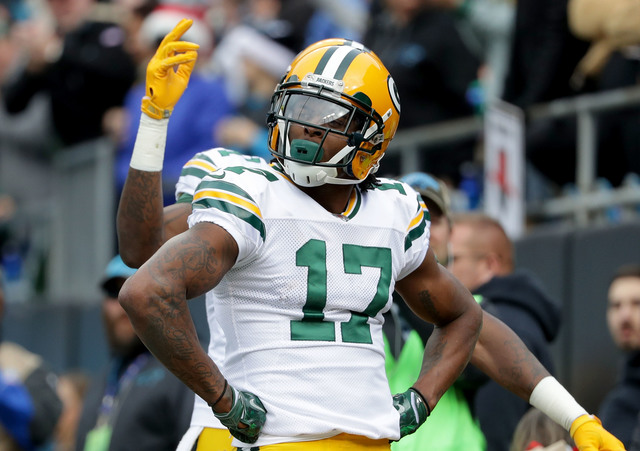 Speaking of injuries, no one seemed more prone to disaster than Davante Adams. The Packers' top receiver was knocked out of the game with a concussion not once, but twice. After being carted off the field in Week 4 against Chicago, Adams miraculously returned to action the very next game. He couldn't do the same after taking another hit to the head in Week 14 against Carolina. Instead, Adams was fed up with head hunting in the NFL and he took to Twitter to express his anger.

I’ll never understand it. Game is already dangerous enough and we got Pro Bowl players out here head hunting and saying they “didn’t mean to harm me” 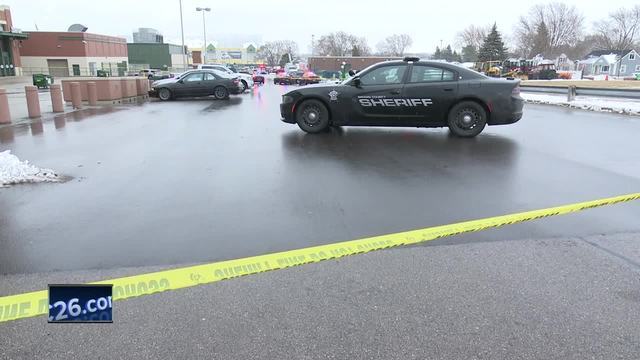 This doesn't really have anything to do with the Packers, but it still fits in to how strange everything was this year. An enraged former employee crashing his car at Lambeau Field to seek vengeance on a former co-worker causing a chaotic scene at the most historic football venue in the country. We hate to point fingers, but this is by far our favorite tweet about the incident.

FOX 10 in Phoenix has no clue what Lambeau is or where it is. pic.twitter.com/lbtCh6kaof 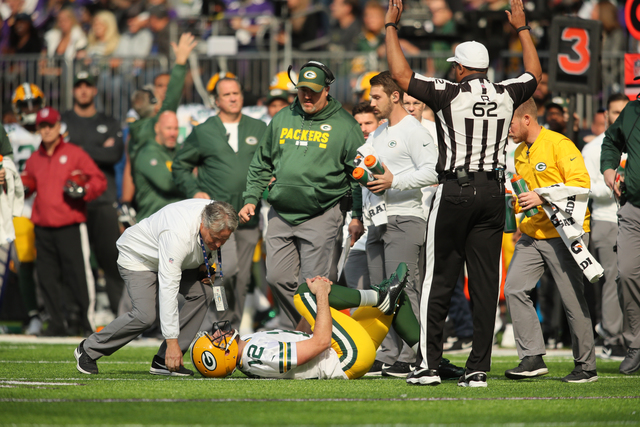 Everyone remembers the day Anthony Barr became Public Enemy No. 1 in Green Bay. Once it was announced that Rodgers had suffered a broken collarbone in Minnesota, a collective sigh across the frozen tundra gave way. It brought back memories of 2013 when Rodgers suffered a left collarbone break and still returned to help lead the Packers into the postseason. This time it felt different. It was his throwing arm. It would require surgery and 13 screws to repair. Could Rodgers make a miraculous comeback and save the season once again?

It's been a long road from that day to this, but I'm happy to say I've been medically cleared to… https://t.co/rJ3bcev4lL 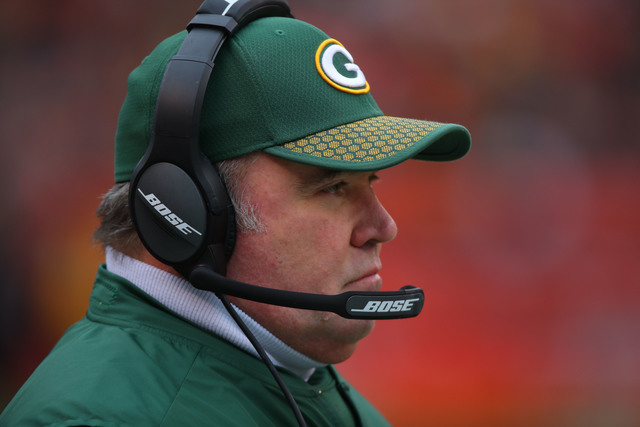 Mike McCarthy isn't known for showing much emotion in his press conferences, which is why his response following Rodgers' injury was such an eye-opener. After being asked if there was any interest in going after a guy like Colin Kaepernick, McCarthy turned beet red and snapped. "Did you just listen to any question I just answered?" he said. "I have three years invested in Brett Hundley, two years invested in Joe Callahan. The quarterback room is exactly where it needs to be, OK?"

Well apparently not, since the Packers secretly tried to sign Brian Hoyer before he ended up back in New England. In any case, Hundley became the guy, and no one questioned that moving forward. 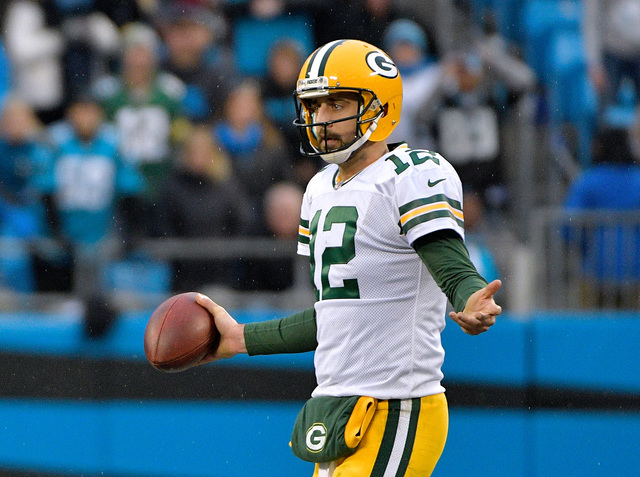 Picking up where we left off on No. 4: Yes! Aaron Rodgers worked his way back and had a chance to "run the table" once again and save the Packers' season. But things did not go like they did in 2013. Rodgers threw three interceptions in his return against Carolina, something he's only done four times in his career and not since 2009. Rodgers was then put back on IR and that's where things got really interesting. ESPN's Adam Schefter first reported that other teams were upset with the NFL and thought Rodgers should be released for violating the league's injured reserve rule.

Teams complaining to NFL that Packers violated IR rule, and think Aaron Rodgers should now have to be released, per sources:https://t.co/Zyt0fWjJFe

Since the Packers never filed a new injury when designating him back to the IR, per league policy Rodgers should be placed on waivers. Nothing would ruin this season more than seeing No. 12 in a Cleveland Browns uniform at the start of next season, but Packers coach Mike McCarthy said that won't happen.

#1 Shut out at Lambeau 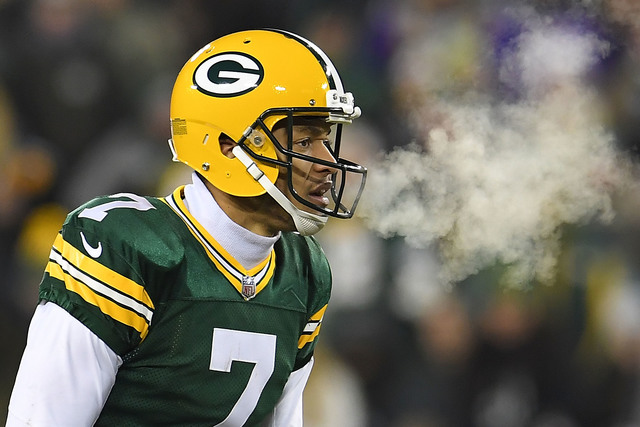 Whatever the future holds for Brett Hundley, he will always have a place in the NFL records book. Unfortunately, it's a record no one wants. Hundley's 162 passing attempts at home without a single touchdown is the most by any quarterback in NFL history. For whatever reason, Hundley was ice cold in the frozen tundra and thus the Packers were shut out twice at Lambeua Field in the same season. The last time that happened was 2006, Mike McCarthy's first year as head coach in Green Bay.

Mike McCarthy with the quote of the day:

"Merry Christmas. Is there any other feel-good questions out there? I'm about ready to cry."

To be fair, there are plenty of exciting things from this year that fans can look forward to in 2018. Both Davante Adams and Corey Linsley have signed contract extensions, locking up the two biggest free agents. Second-year defensive players Blake Martinez and Kenny Clark emerged as top caliber talent from the 2016 NFL Draft. The Packers went 3-0 in overtime games, making for some exciting late-game drama, even if that didn't amount to a post-season run.