The Packers wide receiver said he feels it's "imperative" for him to step up, but added it's "tough being in a place like Green Bay where it's not necessarily perceived as the right thing to do at all times." 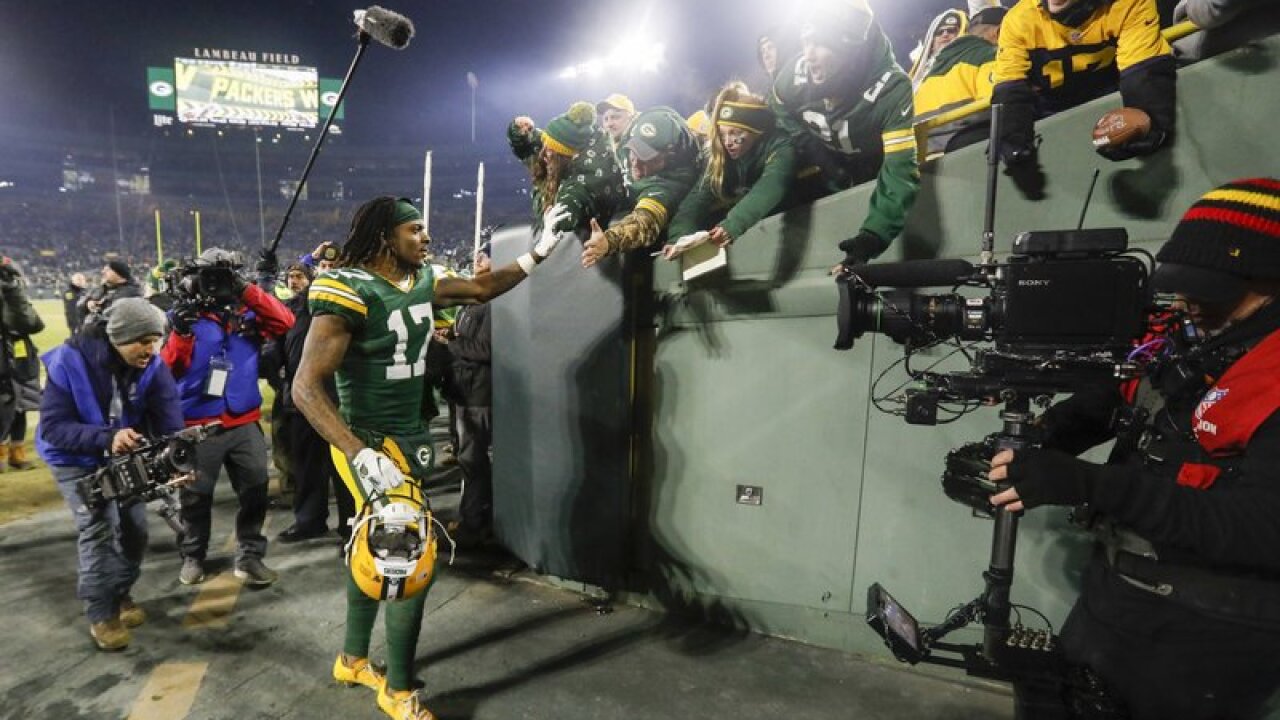 GREEN BAY, Wis. (NBC 26) -- Davante Adams was one of the faces at the forefront of the Packers' fight for social justice earlier this summer, and the 27-year-old wide receiver said he remains committed to his fight for change.

"It's a really big problem. I wouldn't even say it's a big thing. I like to call it a problem in America," Adams said Tuesday in his first media availability since the Packers reported for training camp last week.

"People like me who have a platform and have a voice that people listen to... I feel like it's imperative for me to step up and do my part," he said.

Adams said that while social media activism - like the anti-racisim video the Packers released in June or the "Blackout Tuesday" event that same week - is a good way to raise awareness, he said it's important not to let the movement die out and to continue to be active.

#Packers WR Davante Adams, on rallying for social justice: "It's tough being in a place like Green Bay where it's not necessarily perceived to be the right thing to do, always."

Says the team will have internal discussions about what they want to do this season.

"It's tough being in a place like Green Bay where it's not necessarily perceived as the right thing to do at all times but it's just the right thing in general," he said.

Adams said the Packers will have specific conversations about their plans, and eventually fans will see them be active. He did not directly address the possibility of demonstrating during the national anthem.