When it comes to social change, LaFleur wants Packers to 'be about it,' not just talk about it

The Packers head coach called the video of George Floyd's death "appalling," and said he's spent much of the last week listening to his players and friends. 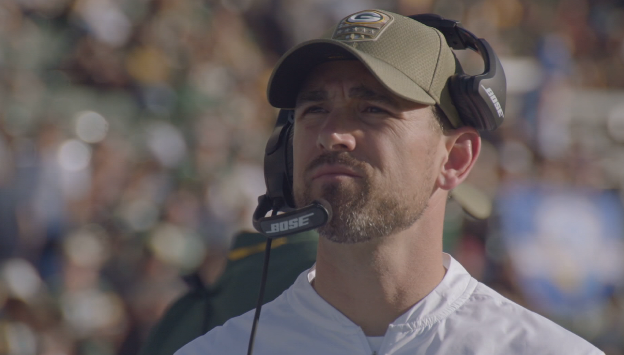 GREEN BAY, Wis. (NBC 26) -- Green Bay Packers head coach Matt LaFleur called the video of George Floyd's death "appalling," and said he has spent much of the past week talking with his players and friends in hopes to help spur change.

"These are conversations that need to be had," LaFleur said. "(I'm) really trying to listen to our players and to listen to some of my closest friends that have dealt with this stuff throughout their life."

LaFleur said the Packers have been talking less about football and more about life in recent days.

"I don't know what it's like to be a black man living in America," he said. "And I don't try to pretend to know.

"But what I do try to do is listen, show empathy," he continued. "I told the guys I'm all in for whatever needs to be done to end racism, to end social injustice and to end the police brutality because I do believe that we're all equals."

The second-year head coach said he wants his team to come up with ways to not only talk about change, but "be about it."

The team did that on Thursday, releasing a since-viral video featuring prominent players speaking out against social injustices.

LaFleur said Aaron Rodgers took the lead on that video, writing much of the script while other players filled in the blanks in the middle.

The Packers coach is calling on all Americans - regardless of background - to help improve the current situation in the United States.

"We've got to do things the right way and come up with solutions and the only way we're going to do that is collectively as an entire country," LaFleur said. "Black, white, Hispanic, whatever it really doesn't matter.

"We've all gotta fight these injustices together," he said.

LaFleur said there has been no conversation with players about peacefully protesting by taking a knee during the national anthem, as Colin Kaepernick and several other players did during the 2016 and '17 seasons. He said he would support any protest his players choose to do, "as long as it's peaceful."