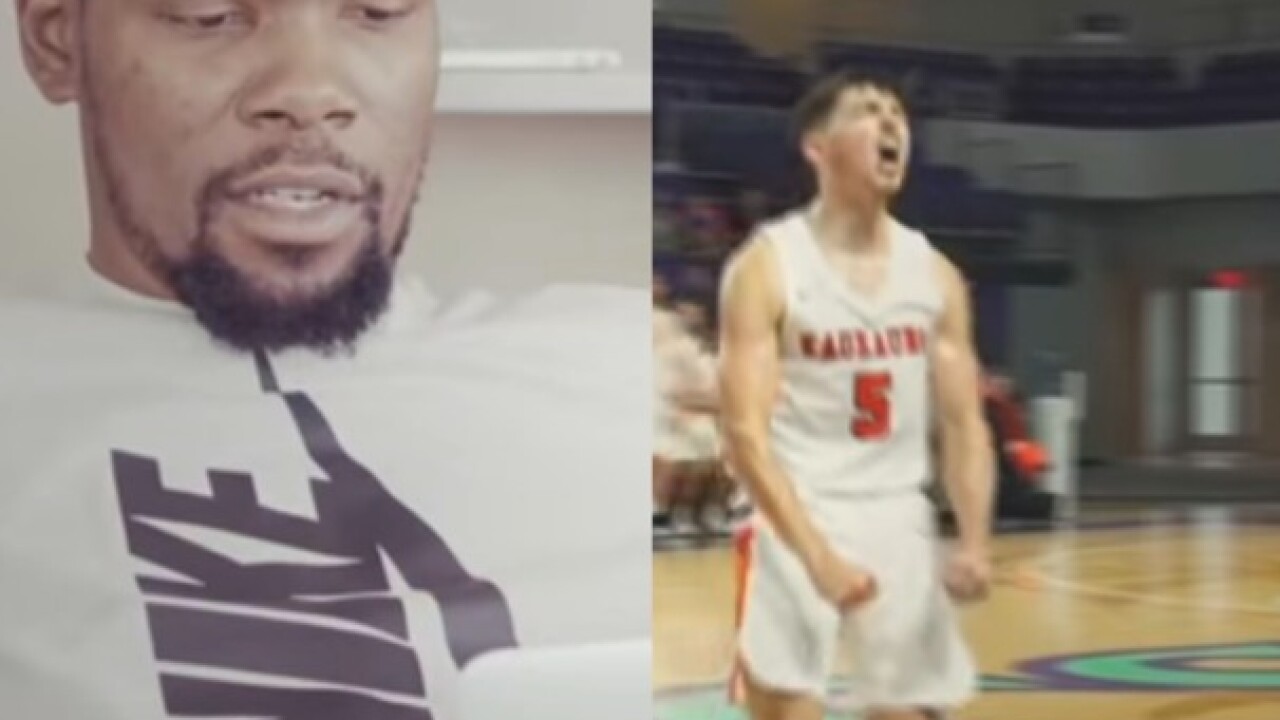 Fresh off a Division 2 state title and earning the Mr. Basketball award, Kaukauna standout Jordan McCabe called something else "the coolest thing I've ever seen."

Warriors superstar Kevin Durant sat down with YouTube channel Overtime to break down film of some of the nation's top high school basketball recruits, including McCabe.

Overtime posted a reaction video with McCabe watching the original video, in which Durant was complimentary of McCabe's "patience" with pick-and-roll and his "crafty" moves. Durant also said of McCabe's calm demeanor: "that's what you need to win."