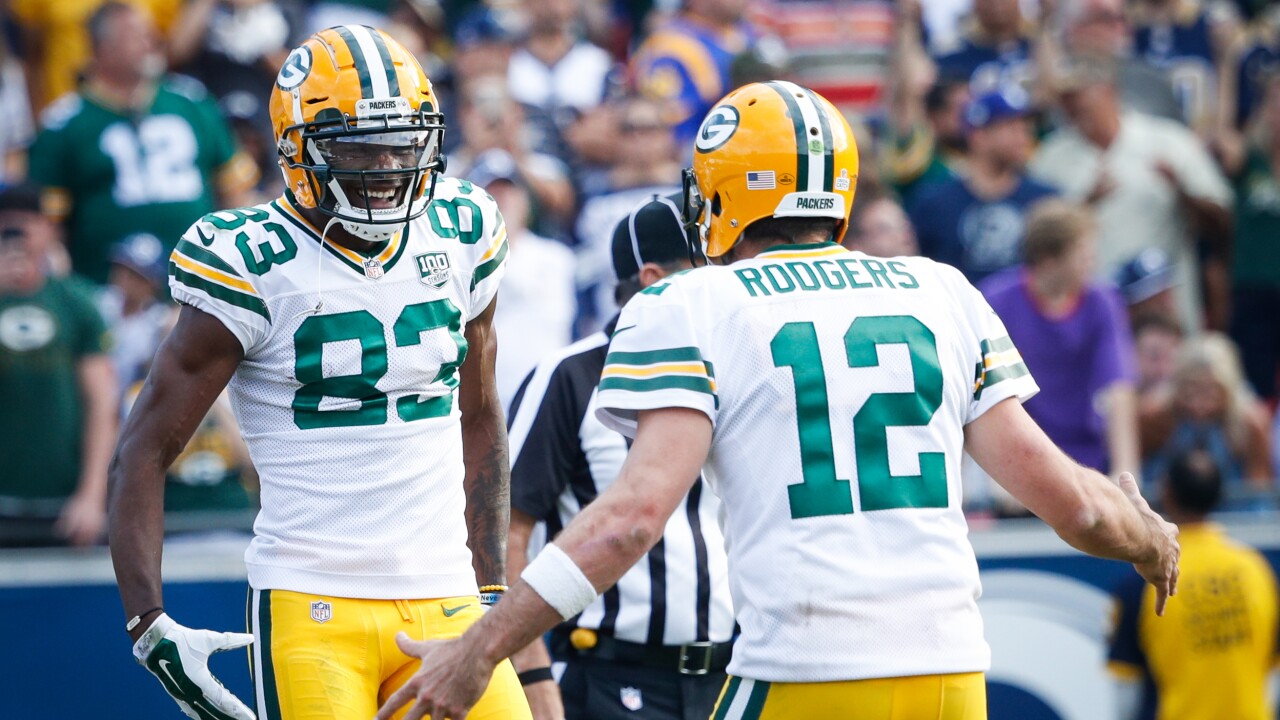 GREEN BAY (WGBA) — A year after Aaron Rodgers called out the then-rookie receiver for his lack of effort in practice, Marquez Valdes-Scantling appears poised to break out in 2019.

Rodgers and Valdes-Scantling have been far from perfect in training camp, but their relationship is continuing to grow.

“We went through a stretch last year where he wasn’t practicing every day the right way,” Rodgers said Tuesday. “At the end of the season, he really snapped out of that.”

Valdes-Scantling finished his rookie season with 38 receptions and 581 receiving yards, ranking second to among Packers receivers to Davante Adams in both categories.

Heading into Thursday’s game in Baltimore, MVS is listed as the No. 2 receiver behind Adams.

“He’s been a leader in that room and he is obviously going to be a starter for us,” Rodgers said.

Rodgers and Valdes-Scantling have connected for a few big plays throughout training camp, but they’ve also had some misses.

Still, the potential is there and the two are working to perfect what could be a dangerous connection.

“He listens, he cares about it,” Rodgers said. “He puts in the time. We have great conversations and communication about different things.”

The Packers play the Baltimore Ravens at 6:30 p.m. on Thursday night. The game can be seen exclusively on NBC26 in the Green Bay market.