The two-time NFL MVP was not at Ray Nitschke Field Sunday when the Packers held a nearly two-hours-long practice.
Posted: 9:57 PM, Aug 18, 2019 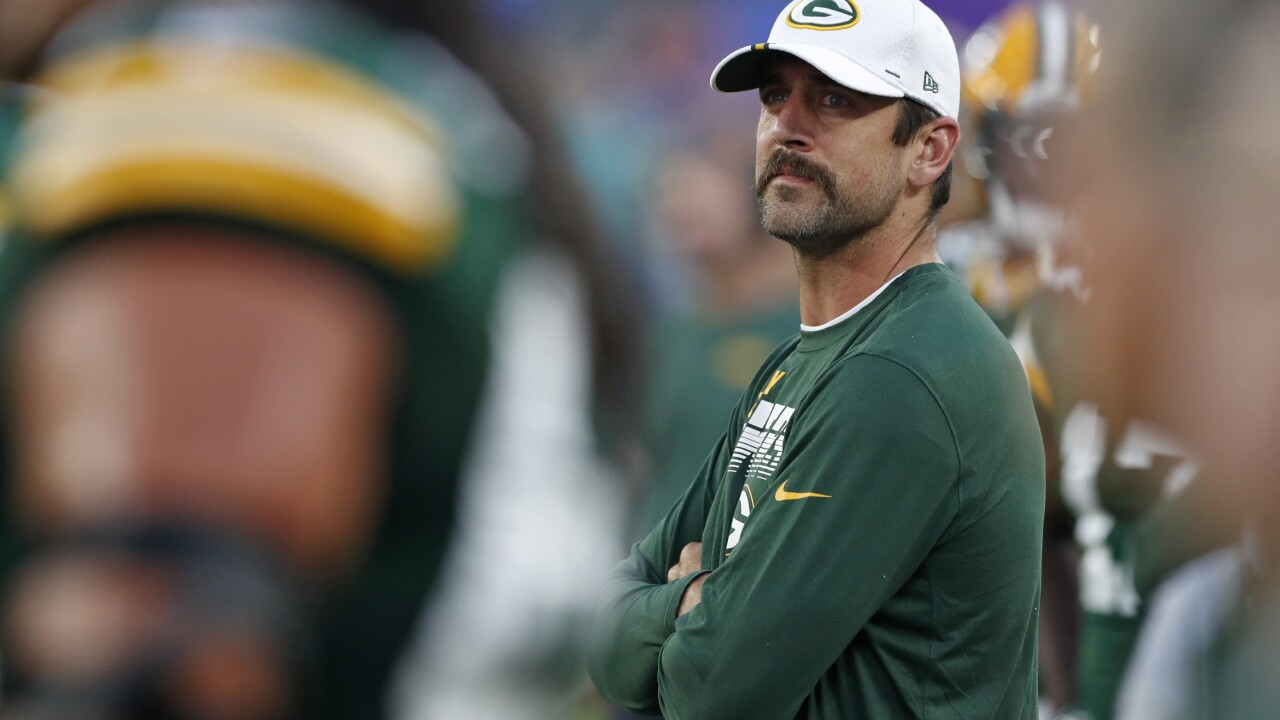 GREEN BAY (WGBA) — Three days after being scratched from the Packers preseason game against the Baltimore Ravens, Aaron Rodgers missed practice on Sunday, Green Bay’s first since returning from Baltimore.

Though Rodgers’ absence did come as a surprise, the head coach Matt LaFleur said it’s not time to hit the panic button just yet.

“You’d like to get him some game action but he’s a veteran guy that has played a lot of football,” LaFleur said. “There’s not much that he hasn’t seen so it’s not overly concerning to me.

LaFleur said Rodgers back, which kept him out of Thursday's game, is the reason he was held out for precautionary reasons.

At this point it sounds unlikely, but not impossible, that Rodgers will play in the Packers preseason game against the Oakland Raiders this upcoming Thursday.

If Rodgers can’t go Thursday, LaFleur is not completely opposed to playing him in the fourth preseason game; any action in that game is typically extremely rare for veterans of Rodgers’ stature.

“It’s something maybe we’d consider,” LaFleur said. “With the way our opener falls on a Thursday, I don’t know. I’m taking it day by day to see where we’re at with him.”

DeShone Kizer took a majority of the reps with the Packers first team offense. Tim Boyle saw some first team reps and handled most of the action with the second string.

The Packers play the Raiders on Thursday in Winnipeg, Canada. Kickoff is at 7:00 p.m. and the game can be seen only on NBC26 in the Green Bay market.