REPORT: Pettine to stay on as Packers defensive coordinator 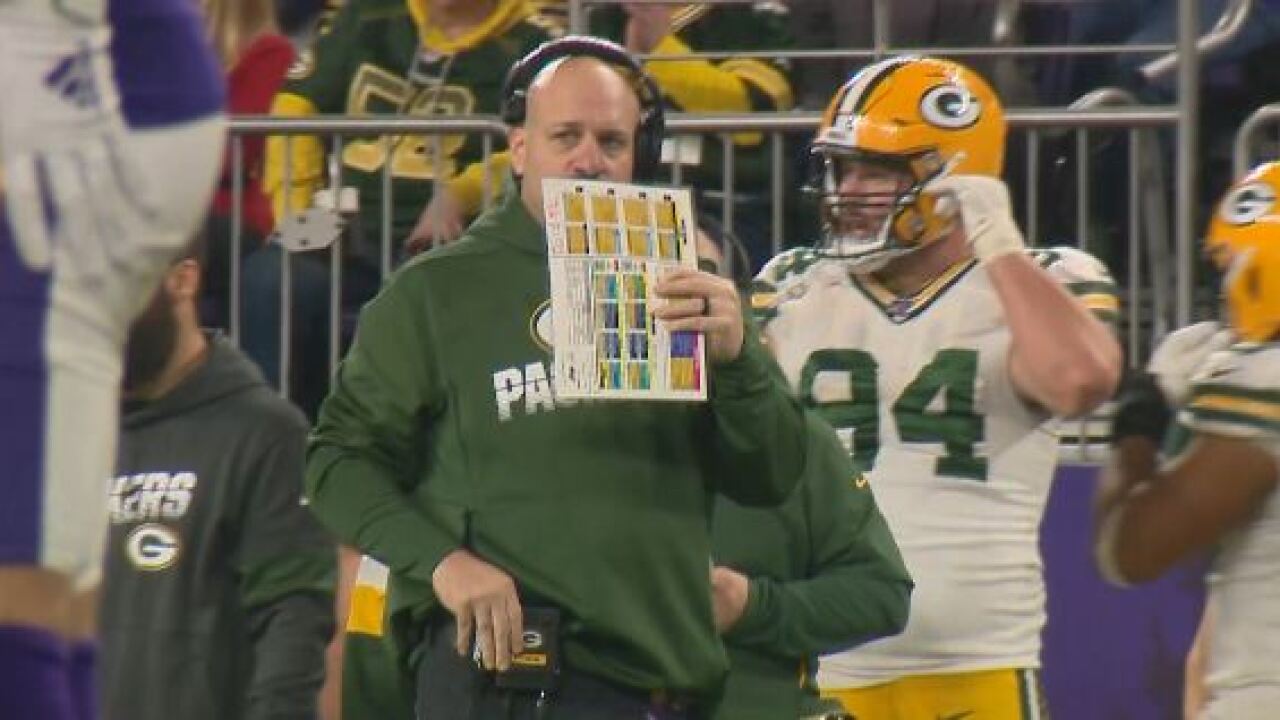 GREEN BAY, Wis. (WGBA) Mike Pettine will stay on as the Packers defensive coordinator for a third year, according to ESPN.

Questions swirled about Pettine's future Wednesday morning after Packers head coach Matt LaFleur was non-committal about bringing him back for the 2020 season.

"We're still working through everything right now, just trying to evaluate everything," LaFleur said after being asked directly if Pettine would return. "I think our defense did a lot of great things.

"Obviously the last game was really disappointing, it just wasn't good enough. Especially when you get to a championship game like that and you know what's at stake."

The Packers gave up 285 rushing yards to the 49ers in the NFC Championship. Raheem Mostert rushed for 220 and four touchdowns as the 49ers won 37-20.

According to the ESPN report, the two met Wednesday after LaFleur's comments and agreed Pettine would return.