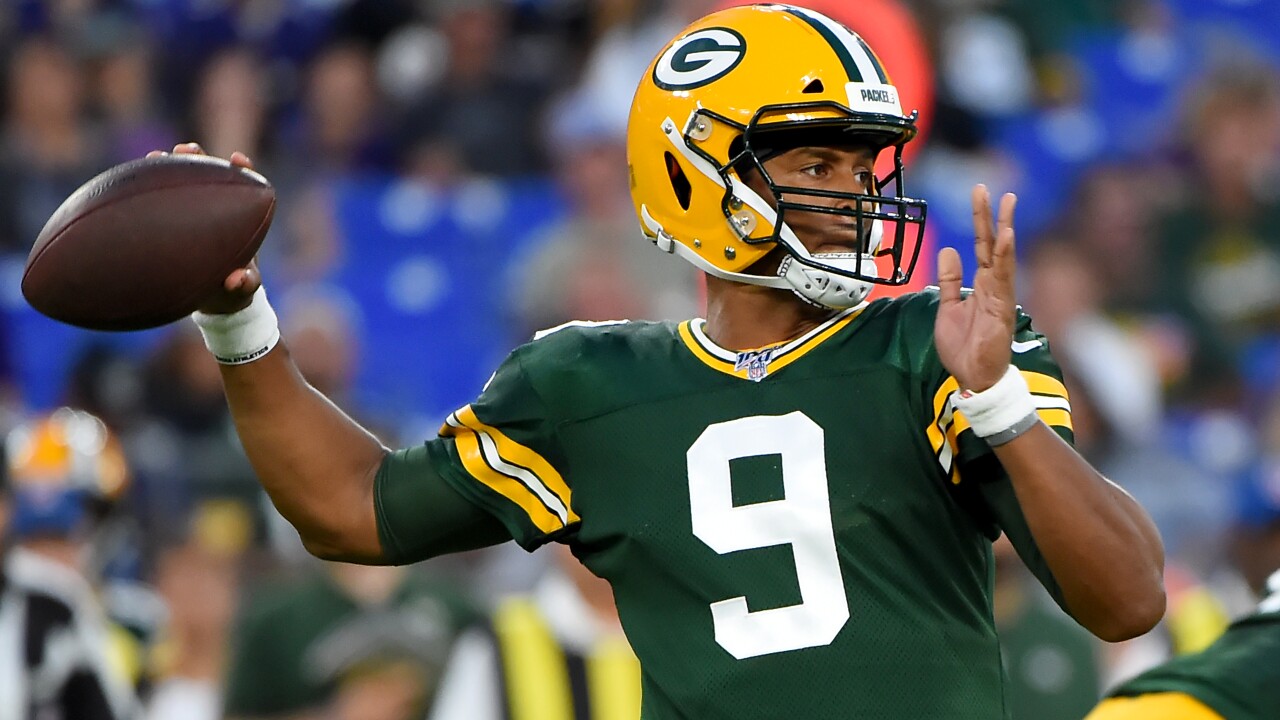 GREEN BAY (WGBA) — The Packers have released quarterback DeShone Kizer. Green Bay had acquired Kizer, a former second round draft choice of the Cleveland Browns, in the 2018 offseason. QB Tim Boyle remains on the roster and looks to be the backup to Aaron Rodgers, unless the Packers bring in a veteran to compete for that job.

The Packers are sticking with Mason Crosby as their kicker. The team released challenger Sam Ficken this afternoon.

Green Bay is also moving on from former fourth-round pick J'Mon Moore. The wide receiver struggled with drops this preseason and last.

Wide receiver Equanimeous St. Brown was placed on season-ending injured reserve. He will not be eligible to return this year. St. Brown injured his ankle in the Packers game against the Raiders in Winnipeg on August 22.

Below is a list of Packers players who were cut. To view the team's initial roster, click here.