In an apparent response to controversial comments made by Drew Brees, Aaron Rodgers has spoken out in favor of social change. 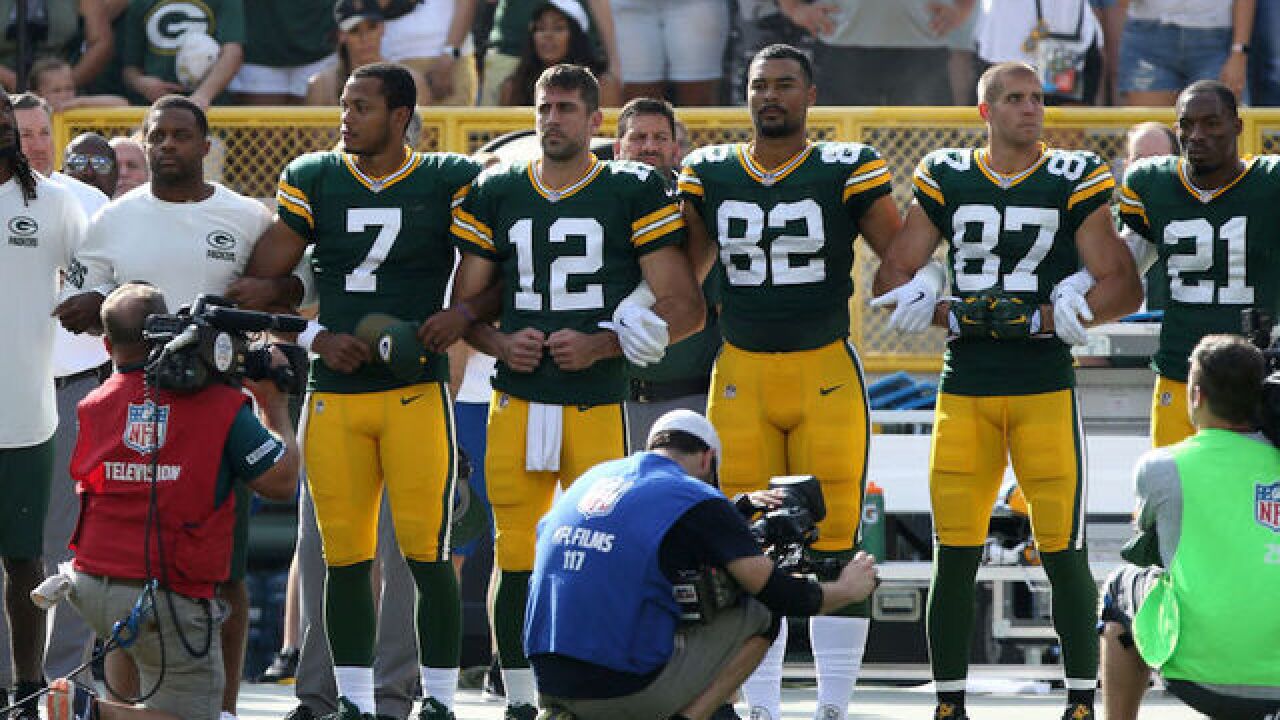 Copyright Getty Images
Dylan Buell
<p>GREEN BAY, WI - SEPTEMBER 24: Members of the Green Bay Packers stand with arms locked as a sign of unity during the national anthem prior to their game against the Cincinnati Bengals at Lambeau Field on September 24, 2017 in Green Bay, Wisconsin. (Photo by Dylan Buell/Getty Images)</p> 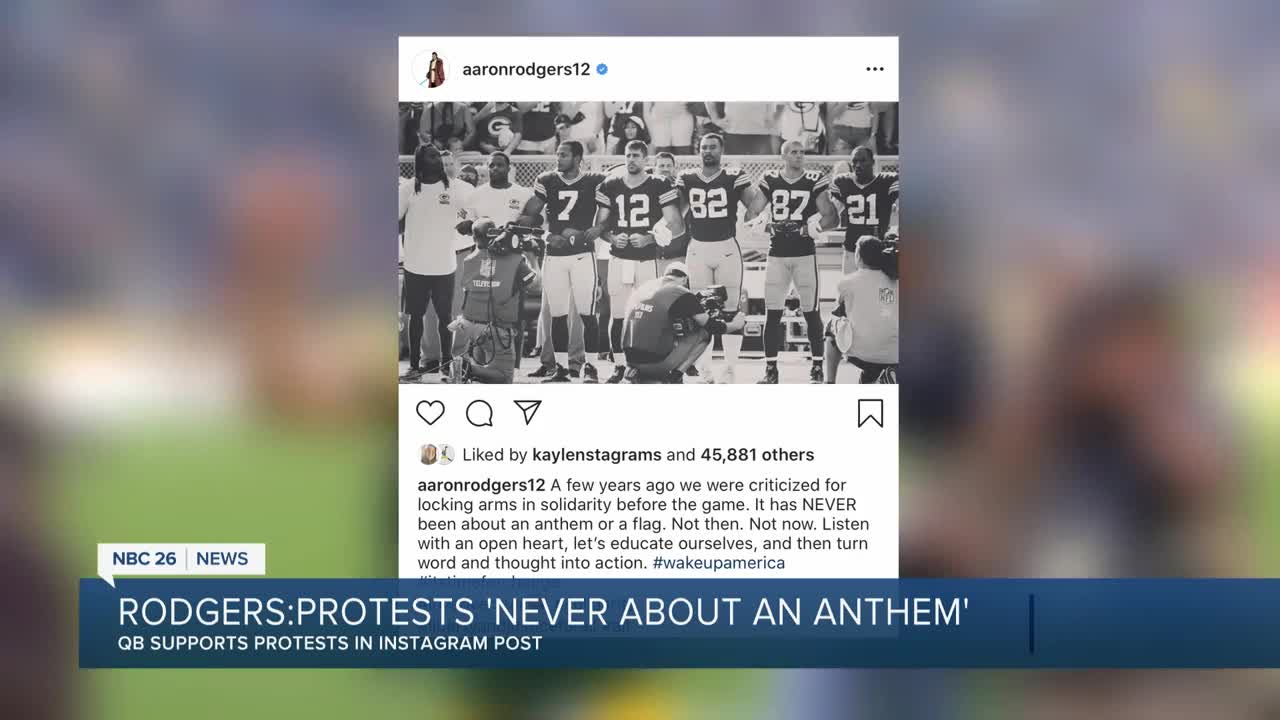 As athletes across the United States speak out in favor of social change, Packers quarterback Aaron Rodgers has now weighed in.

"A few years ago we were criticized for locking arms in solidarity before the game," the Packers QB said on Instagram Wednesday. "It has NEVER been about the anthem or a flag. Not then. Not now.

"Listen with an open heart, let's educate ourselves, and then turn word and thought into action," he concluded.

Rodgers also included several hashtags, including #wakeupamerica and #itstimeforchange. The comments were next to a photo of Rodgers locking arms with teammates during the national anthem before a game in 2017.

The remarks appear to be a response to comments made by Saints quarterback Drew Brees, who was widely criticized Wednesday after comments made about NFL players protesting.

In an interview with Yahoo, Brees was asked to revisit former NFL quarterback Colin Kaepernick’s 2016 protest against police brutality against minorities, in which Kaepernick knelt during the National Anthem before games.

“I will never agree with anybody disrespecting the flag of the United States,” Brees began, adding that the national anthem reminds him of two grandfathers who served in the armed forces during World War II. “In many cases, it brings me to tears thinking about all that has been sacrificed, and not just in the military, but for that matter, those throughout the Civil Rights movements of the ’60s, and all that has been endured by so many people up until this point.”