Saints QB Drew Brees is drawing the ire from many of his teammates after saying he “will never agree with anybody disrespecting the flag of the United States." 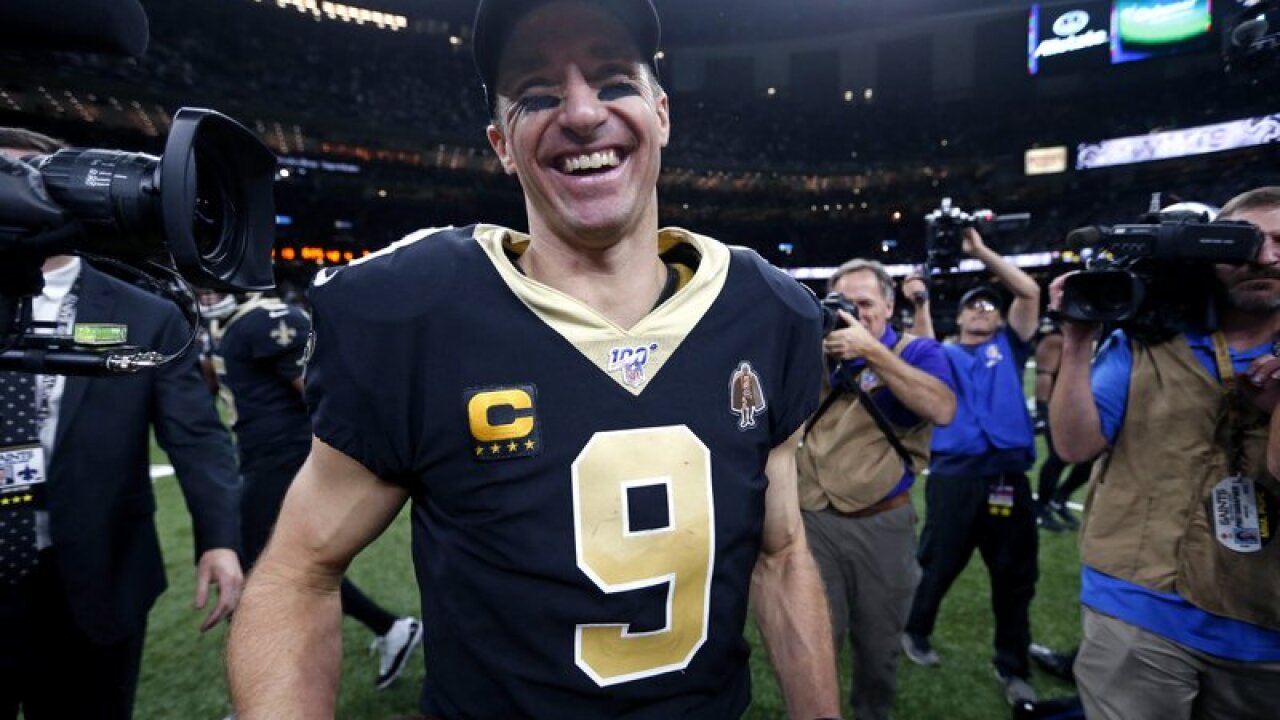 NEW ORLEANS (AP) — Drew Brees was criticized sharply by fellow high-profile athletes including some of his own teammates on Wednesday after the Saints’ quarterback reiterated his opposition to kneeling during the National Anthem.

In an interview with Yahoo, Brees was asked to revisit former NFL quarterback Colin Kaepernick’s 2016 protest against police brutality against minorities, in which Kaepernick knelt during the National Anthem before games.

“I will never agree with anybody disrespecting the flag of the United States,” Brees began, adding that the national anthem reminds him of two grandfathers who served in the armed forces during World War II. “In many cases, it brings me to tears thinking about all that has been sacrificed, and not just in the military, but for that matter, those throughout the Civil Rights movements of the ’60s, and all that has been endured by so many people up until this point.”

Jenkins was Brees’ teammate when the Saints won the Super Bowl in the 2009 season, but spent the past six seasons with the Philadelphia Eagles before returning to New Orleans this offseason.

Brees has said he supports those protesting police brutality but that he does not see the national anthem as the proper forum for that. In 2017, Brees participated with teammates who knelt before the national anthem, but then stood in unison when the anthem was played.