Jordy Nelson on returning to the Packers: 'Probably would be hard to say no' 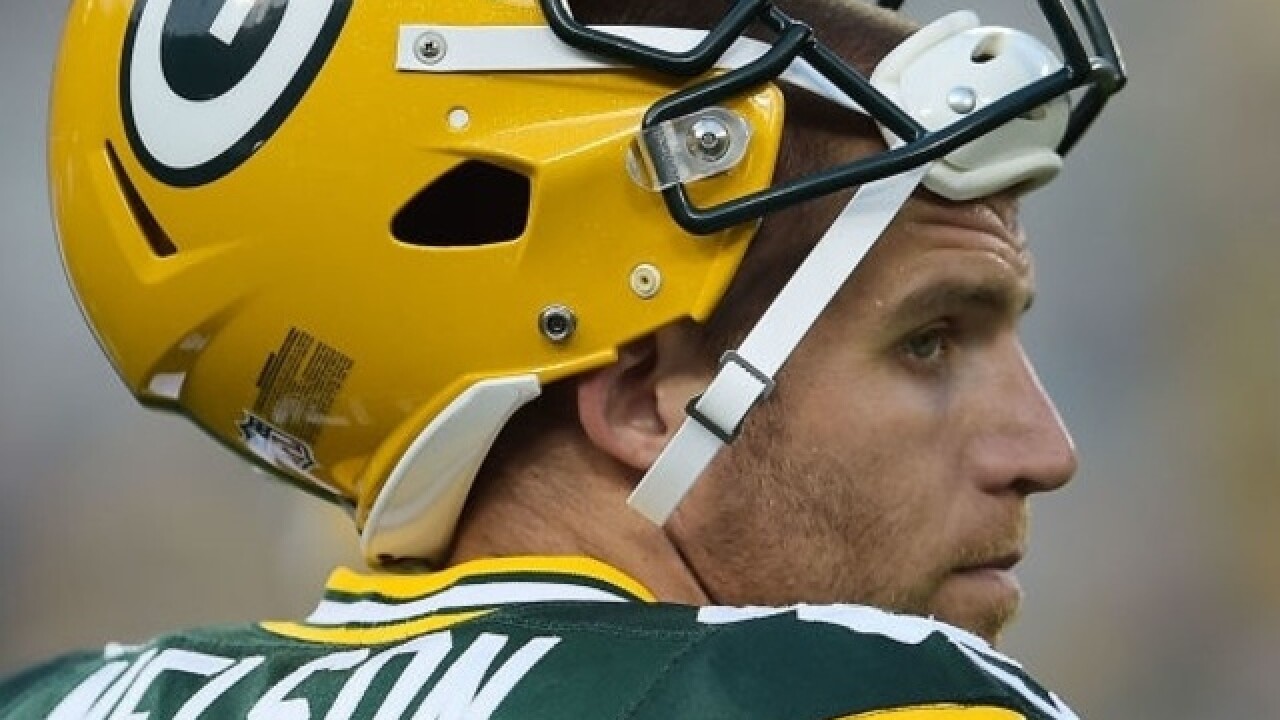 GREEN BAY, Wis. — Hypothetically speaking, if Aaron Rodgers came calling and asked Jordy Nelson to come back to Titletown, what would Nelson say?

"That will be an interesting phone call," Nelson said Wednesday morning on the Dan Patrick Show.

"I don't know. I don't think I could play hypothetical but if he truly called and - I'm not going to say begging me but asking me to come back - it would probably be hard to say no."

Many Packers fans have been eager to see their beloved Number 87 return to Titletown after he retired from the NFL just a week ago. Nelson said he feels physically able to play and even had multiple teams show interest in signing him but ultimately decided it was time to retire.

"I don't want to play as long as I can until my body is beat up and I'm forced out," Nelson said.

Nelson wouldn't be the first of Aaron Rodgers' targets to leave and come back. In 2015, wide receiver James Jones signed a one-year deal with the Packers the day after he was released by the New York Giants. Jones caught 50 passes for 890 yards and 8 touchdowns in his triumphant return.

Will Nelson be the next receiver to follow that path?

"If that happened that would be a very, very interesting question but my guess is that it wont," Nelson said.