After just one practice, Seymour's softball season on hold

The defending Division 2 state champs are hoping they get a chance to defend their title. 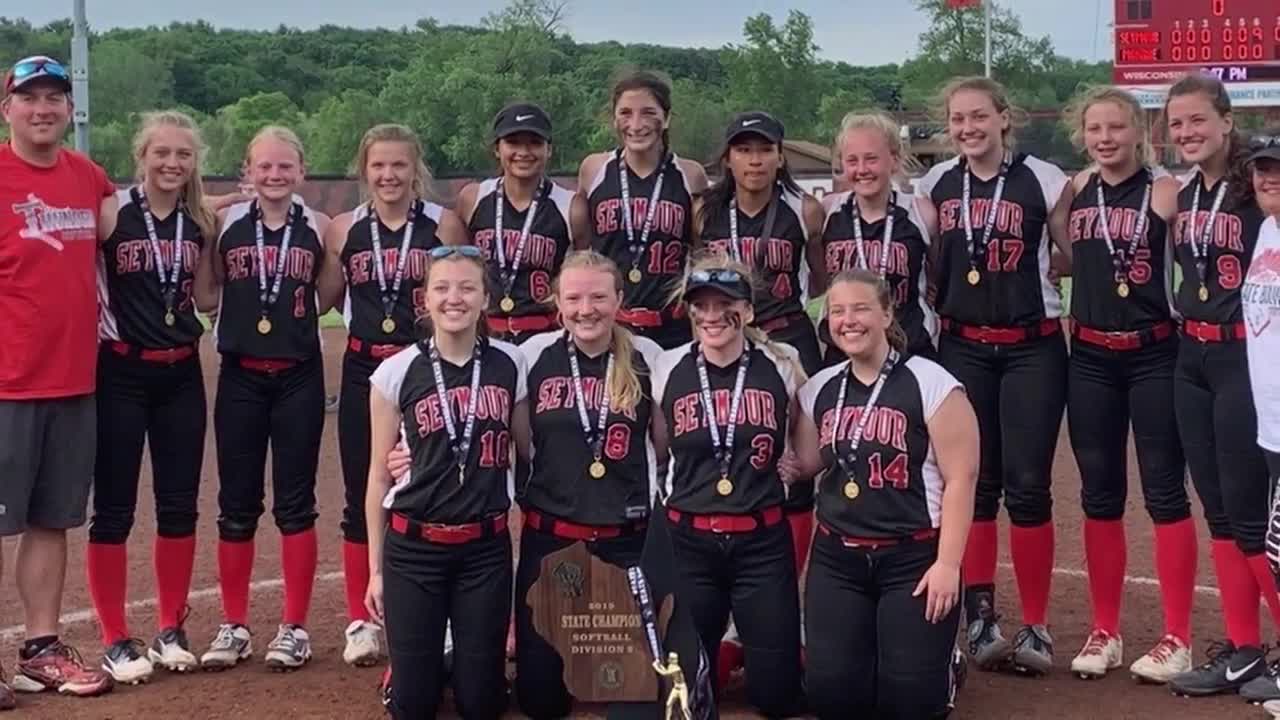 SEYMOUR, Wis. (NBC 26) -- Coming off its first ever state softball championship last season, Seymour had its eyes on a repeat - a goal that wasn't all that far fetched.

"Definitely," said junior infielder Sophie Wery when asked if she thought the Thunder had a chance to win it all again. "We have most of our big hitters back. Most of the same girls. We only lost four seniors last year. I think we could have made it this year too.

"If we still had a season," she added.

While the Thunder are remaining optimistic they'll get a chance to play later this spring, their disappointment reached another level when the calendar flipped to April 2 - the date of their first scheduled game.

"Could have been, should have been playing (Thursday)" Seymour head coach Karri Vanden Langenberg said. "Practicing... doing all those things you're supposed to do."

While they haven't played... yet, the Thunder did get one practice in. On March 16, the day before Wisconsin's schools closed.

"It was a little bit sad at the beginning but then I think it drove us to work harder," Wery said of the practice.

At that point, they already knew their season was on hold, but it didn't stop them from delivering a championship-level workout.

"They were awesome," Vanden Langenberg said. "I think that was probably one of the best indoor practices that we've ever had. They were extremely focused. They wanted to just have fun. Play hard. Practice hard."

"It was cool to kinda see the team back together and know who we're gonna have this year if we come back," Chloe Evans, the Thunder's top returning hitter, said. "Just kind of being together as a team and a family one more time."

The WIAA has not yet canceled its spring sports season, but all games and practices are postponed due to the coronavirus pandemic.