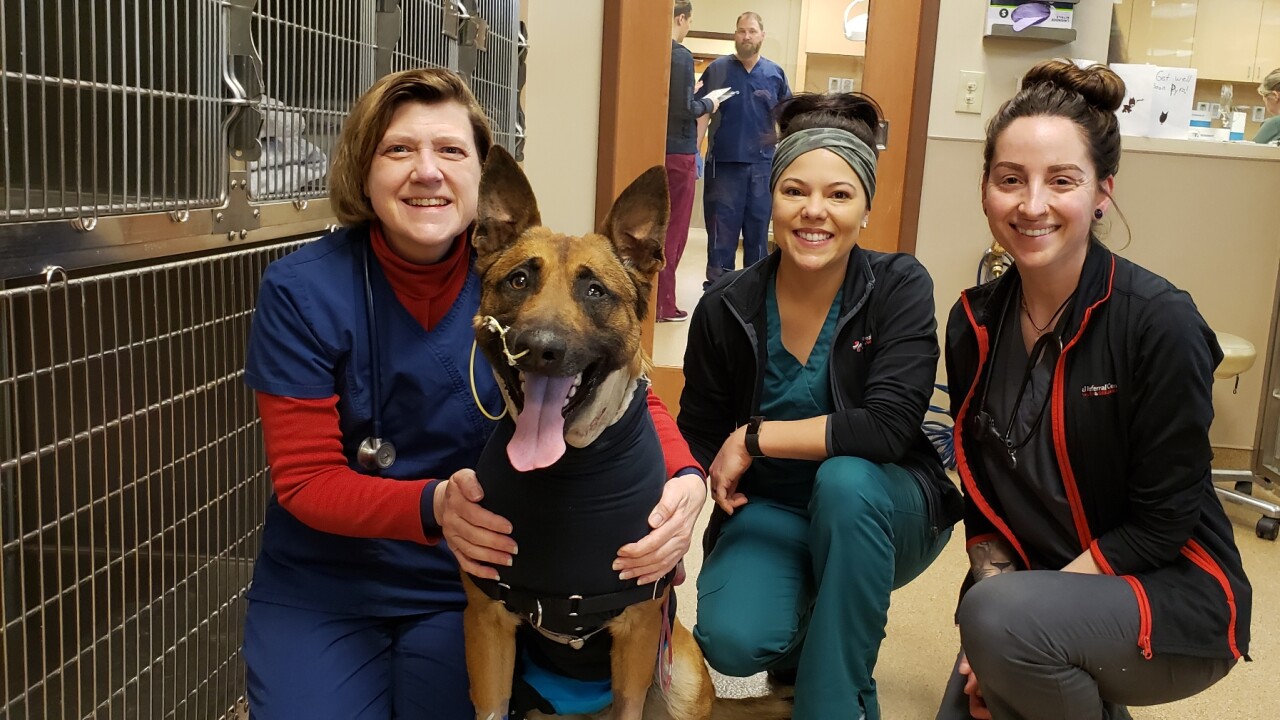 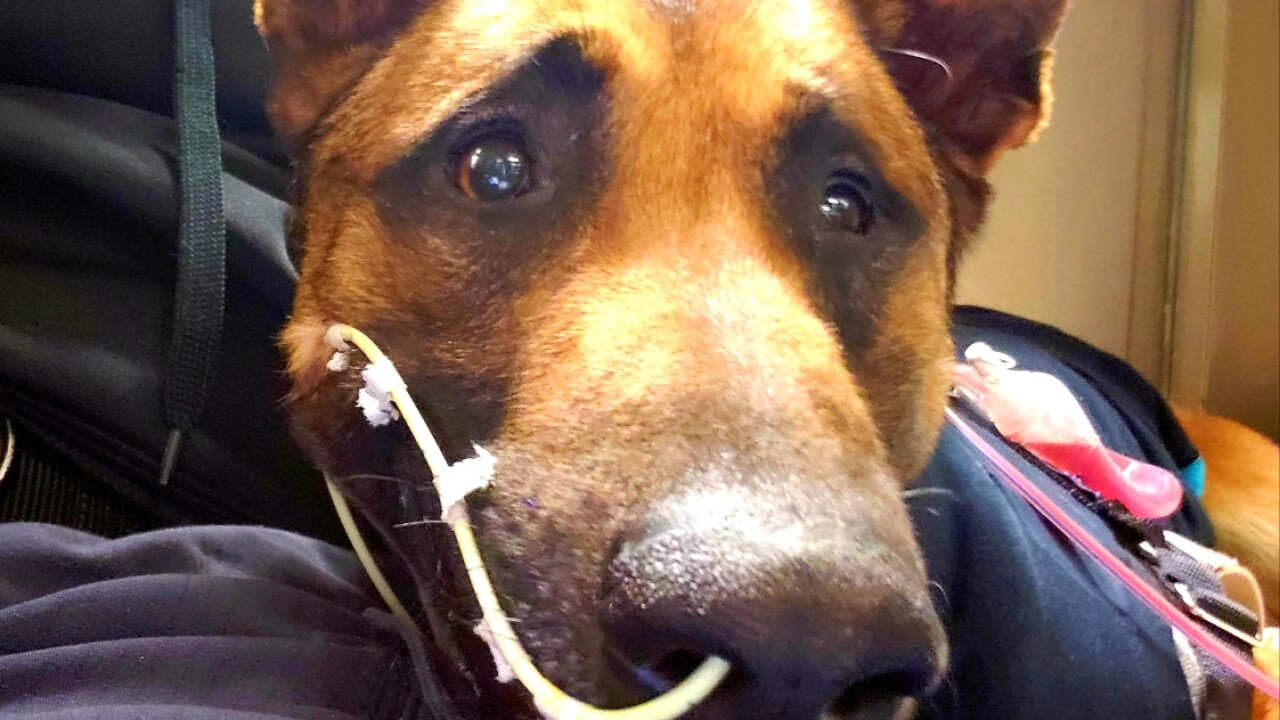 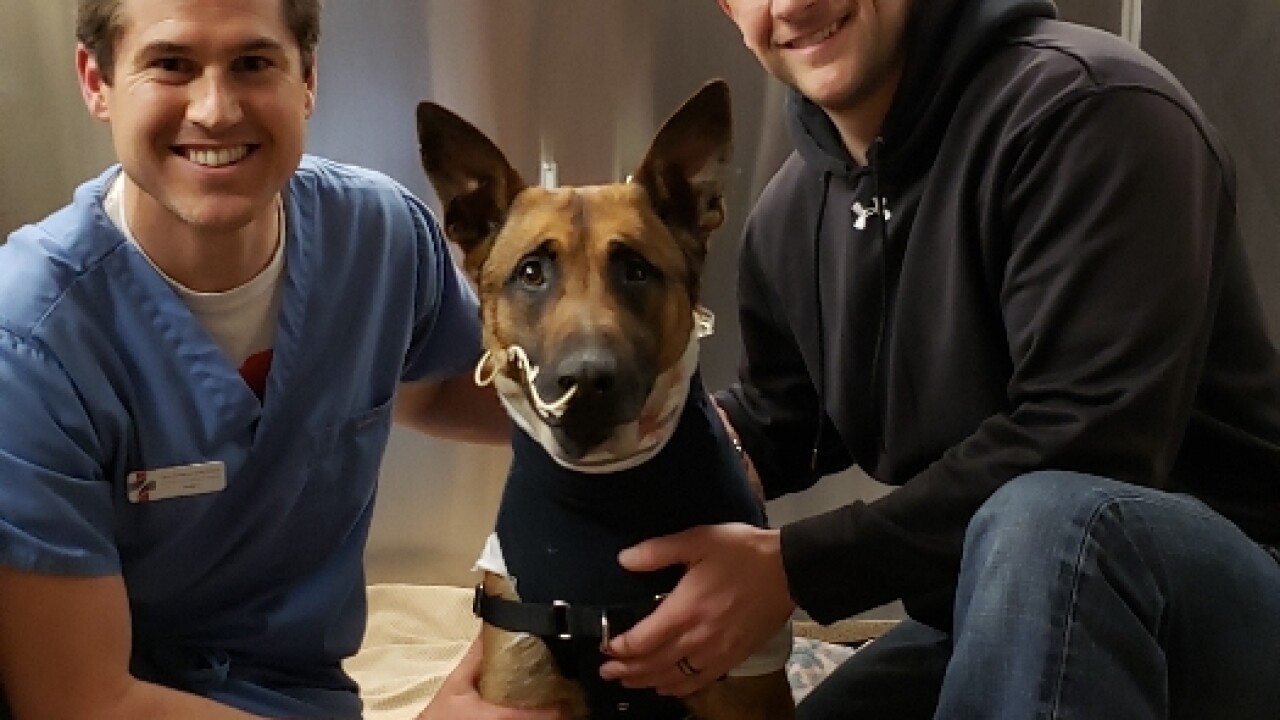 The police dog is recovering from stabbed wounds he received after biting a suspect during an arrest on Sunday.

Police said Thursday the K9 is continuing to make great improvements, becoming more active and is more engaging with his handler and staff at the hospital. Police say Pyro's handler, Officer Salzmann, and his family have been taking the K9 out for more walks.

The man accused of stabbing Pyro, Sai Vang, appeared in court Wednesday. He faces multiple criminal charges, including a charge of injuring a police animal.