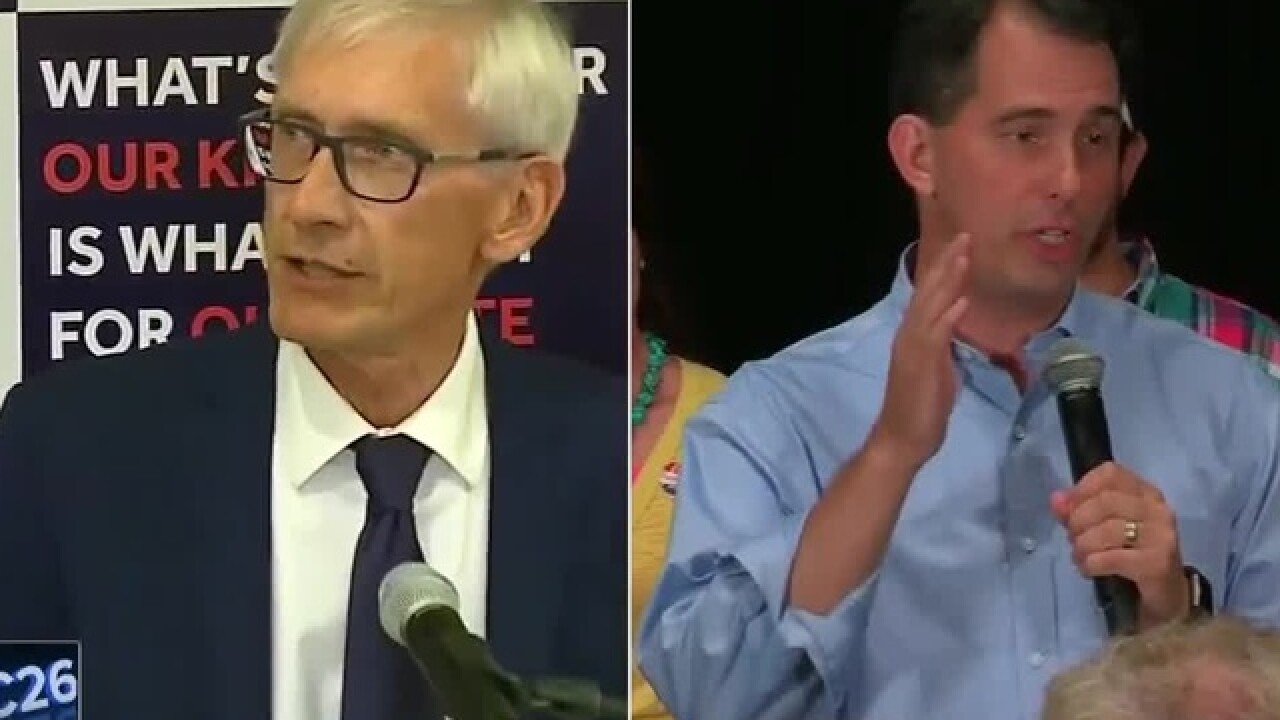 Gov. Scott Walker faces the toughest battle of his political career. U.S. Sen. Tammy Baldwin is trying to fend off a no-holds-barred Republican challenger. Meanwhile, Democrats are trying to seize House Speaker Paul Ryan’s congressional seat that’s been under Republican control for 23 years, reclaim the majority in the state Senate and retake the attorney general’s office after more than a decade of GOP control.

What to watch in Tuesday’s election:

Walker has won election to governor three times in eight years, including defeating a 2012 recall. Now he has his sights on winning a third term, a feat that would earn him a special place in state history; Republican Tommy Thompson is the only other Wisconsin governor to be elected to a third four-year term. But Walker is in the fight of his life against Democratic challenger Tony Evers, the state schools superintendent. With Democratic enthusiasm high, polls show the race is a toss-up. The two have argued over school funding, how to pay for road work and preserving health insurance for people with pre-existing conditions.

Baldwin is seeking her second term against Republican state Sen. Leah Vukmir, a nurse who has cast herself as a “mom with a cause.” She closely aligned herself with President Donald Trump while drawing stark contrasts with Baldwin on every major issue. Vukmir has tried to make the race about Baldwin’s handling of the opioid over-prescription crisis at the Tomah Veterans Affairs Medical Center, dubbing Baldwin “Princess Painkiller” in the race’s final week. Baldwin, whose mother was addicted to painkillers, has admitted that mistakes were made in the response to Tomah, but she worked with the family of a veteran who died there to pass a bill addressing the problem. Baldwin has focused on health care, arguing that Vukmir’s plans to vote for repealing the Affordable Care Act would be bad for people with pre-existing conditions.

Democrats would like nothing more than to take Ryan’s congressional seat representing southeastern Wisconsin. Ryan has held the seat for two decades, but he decided in April to retire at the end of this year. Democratic iron worker Randy Bryce and Ryan protege Bryan Steil are vying to fill the void. Bryce has become a national figure for Democrats, nicknaming himself “Iron Stache,” a play on his job and his thick mustache, and generating $6 million in contributions. Steil, an attorney, worked for Ryan for a year in Washington and has the speaker’s endorsement.

SCRAPPING FOR THE SENATE

Wisconsin Democrats have been relegated to the sidelines since Republicans took control of both legislative houses and the governor’s office in 2011. Democrats think they can finally change that. The GOP holds a nearly insurmountable majority in the Assembly but only a three-seat edge in the Senate. Surprise wins in a pair of special Senate elections earlier this year have given Democrats hope that voter disgust with Trump is trickling down to local races and they could retake the chamber. If Democrats can hold five seats they already control and flip two they’ll win a 17-16 majority. Democrats’ hopes are riding on three female challengers: Kriss Marion, Lee Snodgrass and Julie Henszey. They need to go two-for-three to give Democrats a chance at the chamber.

The ballot’s undercard features what’s become a bitter race between Republican Attorney General Brad Schimel and Democratic challenger Josh Kaul. Schimel has labeled Kaul as inexperienced, pointing out repeatedly his only experience as a prosecutor was a four-year stint as an assistant federal prosecutor in Baltimore. Kaul, son of the late former Democratic Attorney General Peg Lautenschlager, has pounded Schimel over delays in testing thousands of sexual assault evidence kits, spending $10,000 on coins for police officers emblazoned with Schimel’s motto “Kicking Ass Every Day” and joining a multistate lawsuit challenging the ACA. Polls show them about even.

Walker on Friday activated the Wisconsin National Guard to make its cybersecurity team available to help the state if needed. Wisconsin was among the states targeted by Russian hackers before the 2016 election. Federal and state officials have said Wisconsin’s election systems weren’t compromised, but the state and Elections Commission have taken steps to increase security. They say they’re not aware of any current threats.

WHEN ARE POLLS OPEN?

DO I NEED AN ID TO VOTE?