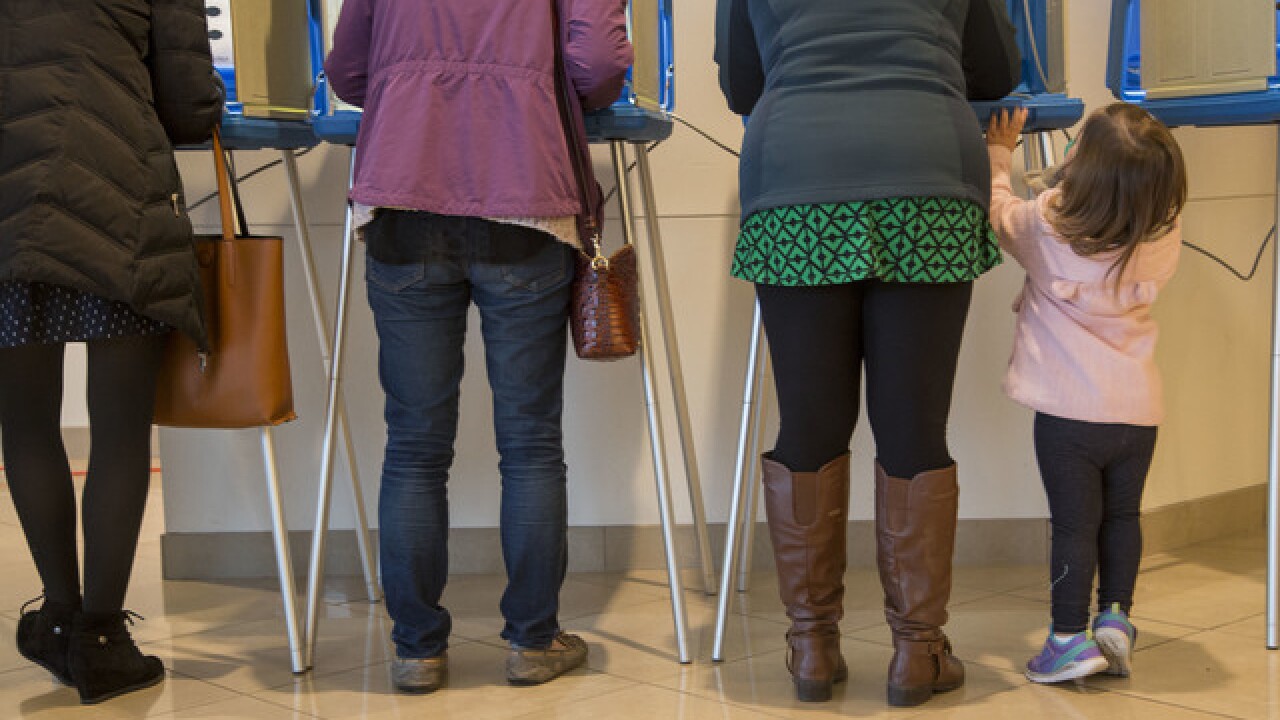 Copyright 2018 Scripps Media, Inc. All rights reserved. This material may not be published, broadcast, rewritten, or redistributed.
Darren Hauck
<p>WAUWATOSA, WI - NOVEMBER 06: Voters go to the polls to cast their midterm ballots at the Annunciation Greek Orthodox Church Cultural Center on November 6, 2018 in Wauwatosa, Wisconsin. Voters are turning out in historic numbers to cast ballots while considering national issues including immigration, a strong economy and President Trump's overall performance. (Photo by Darren Hauck/Getty Images)</p>

A majority of voters casting midterm election ballots in Wisconsin said the country is headed in the wrong direction, according to a wide-ranging survey of the American electorate.

As voters cast ballots for governor, U.S. Senate and members of Congress in Tuesday’s elections, AP VoteCast found that 39 percent of Wisconsin voters said the country is on the right track, compared with 59 percent who said the country is headed in the wrong direction.

Here’s a snapshot of who voted and why in Wisconsin, based on preliminary results from AP VoteCast, an innovative nationwide survey of about 135,000 voters and nonvoters _ including 4,520 voters and 550 nonvoters in the state of Wisconsin _ conducted for The Associated Press by NORC at the University of Chicago.

Health care was at the forefront of voters’ minds: 36 percent named it as the most important issue facing the nation in this year’s midterm elections. Others considered immigration (18 percent), the economy (17 percent), the environment (9 percent) and gun policy (6 percent) to be the top issue.

STATE OF THE ECONOMY

Voters have a positive view of the nation’s current economic outlook _ 65 percent said the nation’s economy is good, compared with 34 percent who said it’s not good.

For 40 percent of Wisconsin voters, President Donald Trump was not a factor they considered while casting their vote. By comparison, 59 percent said Trump was a reason for their vote.

Tuesday’s elections will determine control of Congress in the final two years of Trump’s first term in office, and 65 percent of Wisconsin voters said which party will hold control was very important as they considered their vote. Another 24 percent said it was somewhat important.

AP VoteCast is a survey of the American electorate in all 50 states conducted by NORC at the University of Chicago for The Associated Press and Fox News. The survey of 4,520 voters and 550 nonvoters in Wisconsin was conducted Oct. 29 to Nov. 6, concluding as polls close on Election Day. It combines interviews in English or Spanish with a random sample of registered voters drawn from state voter files and self-identified registered voters selected from opt-in online panels. Participants in the probability-based portion of the survey were contacted by phone and mail, and had the opportunity to take the survey by phone or online. The margin of sampling error for voters is estimated to be plus or minus 2.0 percentage points. All surveys are subject to multiple sources of error, including from sampling, question wording and order, and nonresponse. Find more details about AP VoteCast’s methodology at http://www.ap.org/votecast.