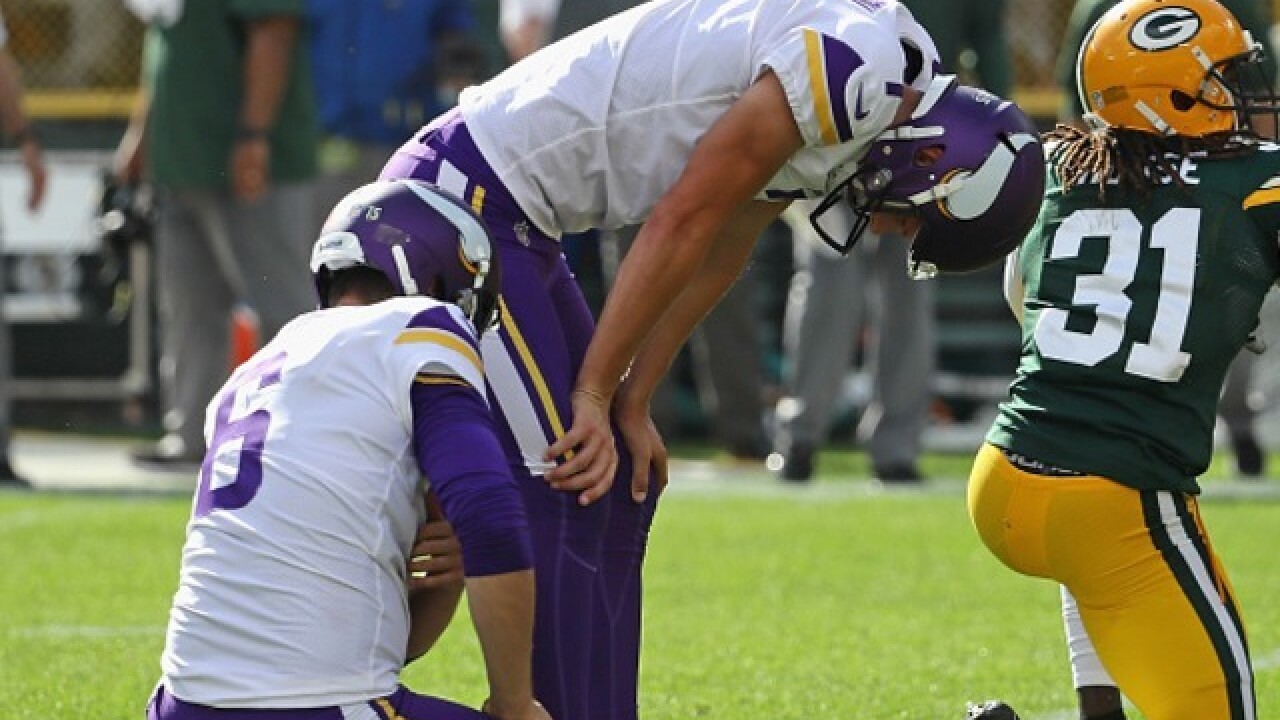 After missing three field goals yesterday, including the potential game-winner from 35 yards away, the Vikings have waived rookie kicker Daniel Carlson.

Carlson was drafted out of Auburn in the fifth round of the 2018 NFL Draft by the Vikings. In two games with Minnesota, Carlson made one field goal from 48 yards away.

Vikings are signing former Cowboys kicker Dan Bailey, per source. Bailey had turned down four offers since start of season.

Bailey was surprisingly cut by the Cowboys before the regular season began.

The 30-year-old is the second most accurate kicker in NFL history. For a full list of Bailey's kicking numbers, click here.