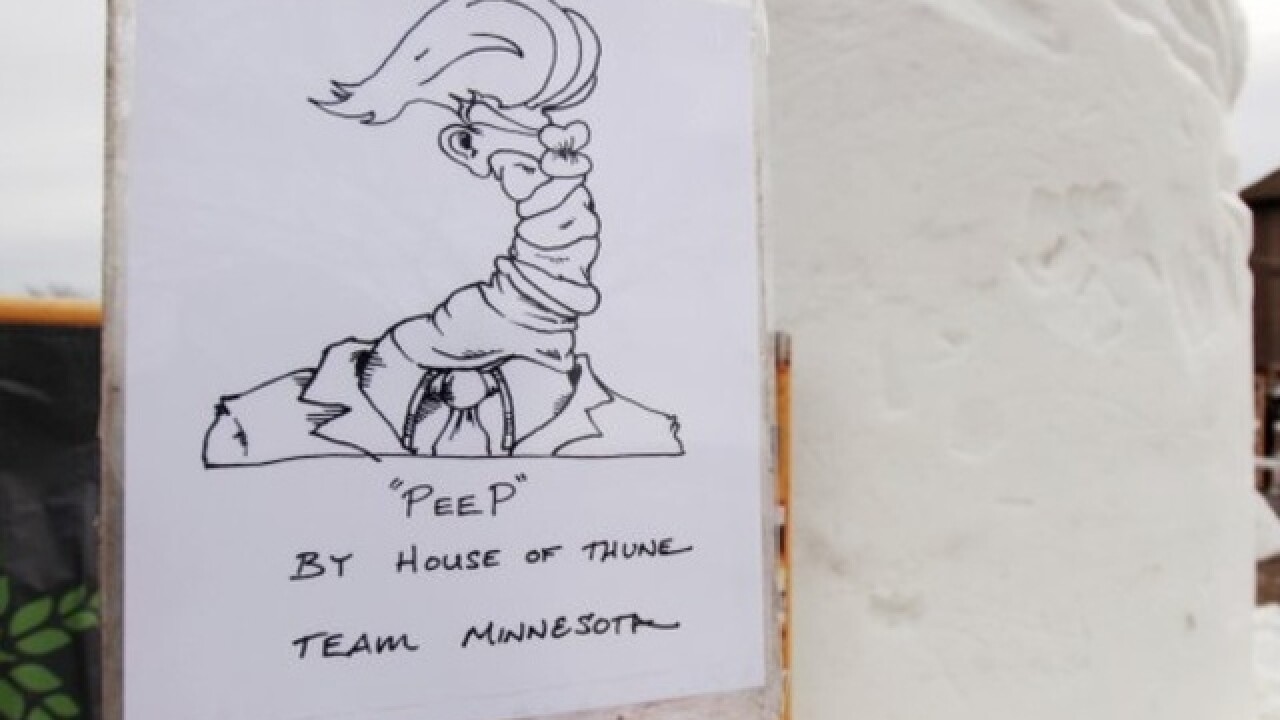 President Donald Trump is making an appearance at the National Snow Sculpting Championship in Wisconsin, just not in person.

Trump’s visage appears in a creation by a Minnesota team titled “Peep.”

It has Trump’s signature hair and a twisted face that sculptor Dusty Thune says is meant to evoke Trump’s vulgar comment about African countries.

The entries will be judged Saturday on creativity, technique and message. Competitors choose the winner.

Fifteen teams from 10 states gathered in Lake Geneva for the event. Each team got a cylinder of snow 8 feet across and 9 feet high, to carve with saws, axes, files, scaffolding, shovels and other homemade implements.