Nurse charged in ’99 death of woman found in Wisconsin field 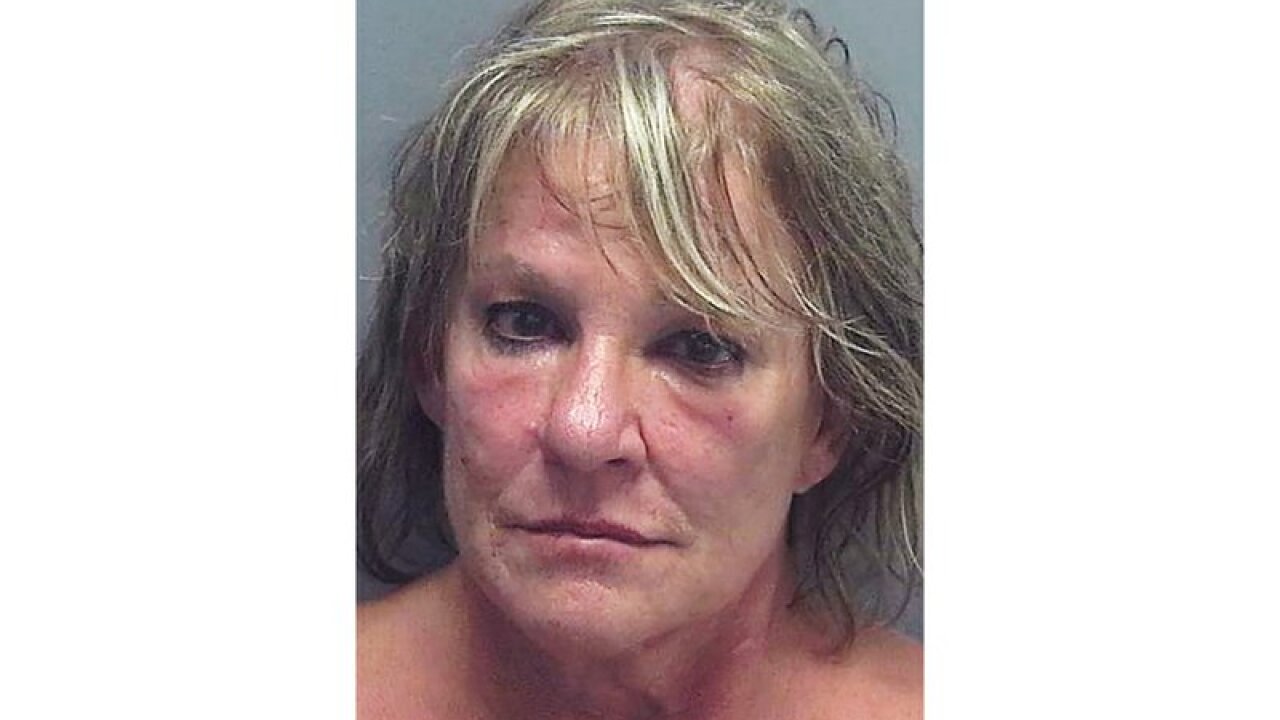 This undated image provided by the Lee County Sheriff&#39;s Office shows Linda La Roche, 64, of Cape Coral, Fla., who has been charged with homicide and hiding a corpse in the 1999 death of Peggy Lynn Johnson. Johnson was known only as Jane Doe after her body was found in a cornfield in Racine County, Wisconsin, until DNA testing in 2019 identified her. (Lee County Sheriff&#39;s Office via AP)

MILWAUKEE (AP) — A 64-year-old nurse has been charged in the killing of a 23-year-old cognitively impaired woman whose battered remains discovered at the edge of a cornfield in southeastern Wisconsin were for two decades known simply as “Jane Doe,” police said Friday.

Linda Sue La Roche was arrested Tuesday in the July 21, 1999, death of Peggy Lynn Johnson, a homeless woman whom La Roche took into her home in McHenry, Illinois, five years earlier. According to a criminal complaint, La Roche, who now lives in Cape Coral, Florida, admitted that she abused Johnson for years, and she was charged Thursday with first-degree intentional homicide and hiding a corpse.

“All of us here who have investigated the deaths of individuals during the course of our careers have seen many troubling things. However, the utter barbaric brutality inflicted on this young woman is something none of us will ever forget,” Schmaling said.

According to the criminal complaint, a passer-by found Johnson’s beaten body while walking his dog. An autopsy showed she was malnourished, had been struck in the head shortly before death, and had a broken nose and broken ribs, some of which were broken after death and some that had been previously broken and were healing.

Johnson had also been burned, possibly with a chemical, over 25% of her body, and had branding marks on her body. The autopsy report shows she died from sepsis pneumonia due to infection from injuries she suffered during chronic abuse.

Schmaling said investigators worked the cold case for years without knowing Johnson’s identity. Her body was exhumed in 2013 in hope of identifying her remains using new technology. She was reinterred in 2015.

In September, authorities received a tip that a woman living in Florida, La Roche, was telling people she had killed a woman when she lived in Illinois.

Last month, authorities interviewed one of La Roche’s children, who said Johnson had been homeless when La Roche took Johnson in, and Johnson provided nanny and housekeeping services in exchange.

Court and legal documents spelled the defendant’s name variously as La Roche, LaRoche and Laroche, and it wasn’t immediately clear which was correct.

Johnson had met La Roche at a medical center in McHenry, Illinois, where La Roche worked as a registered nurse in the 1990s. Johnson went there seeking help after her mother died, the sheriff said.

Johnson lived with La Roche for the last five years of her life and was never reported as a missing person, Schmaling said. He said La Roche “barbarically” brutalized Johnson over a long period of time.

The criminal complaint says La Roche’s children remembered their mother was abusive to Johnson. One recalled her stabbing at Johnson’s head with a pitchfork. La Roche’s ex-husband confirmed the abuse and said the last time he saw Johnson, she was lifeless on the ground. La Roche told him that Johnson had overdosed and that she was going to take her from the house so the family wouldn’t be involved.

The autopsy showed there were no drugs in her system.

Phone messages left for La Roche’s family members have not been returned.

When authorities first interviewed La Roche, she admitted that she abused Johnson, who moved in around 1994. She told different stories about how Johnson left the house, first saying she took Johnson to her grandmother, but later saying she drove Johnson to Wisconsin and left her at the side of the road. According to the complaint, she told authorities that Johnson wasn’t injured and something must have happened after La Roche left.

Johnson’s body was found in Raymond, Wisconsin, about 40 miles (65 kilometers) northeast of McHenry.

Authorities have not provided details about Johnson’s cognitive impairment, nor said if La Roche was still employed as a nurse.

Now that Johnson has been identified, authorities plan to exhume her remains again and rebury her next to her mother in Belvidere, Illinois, Schmaling said.
___

This story has been corrected to show La Roche is 64, not 63.