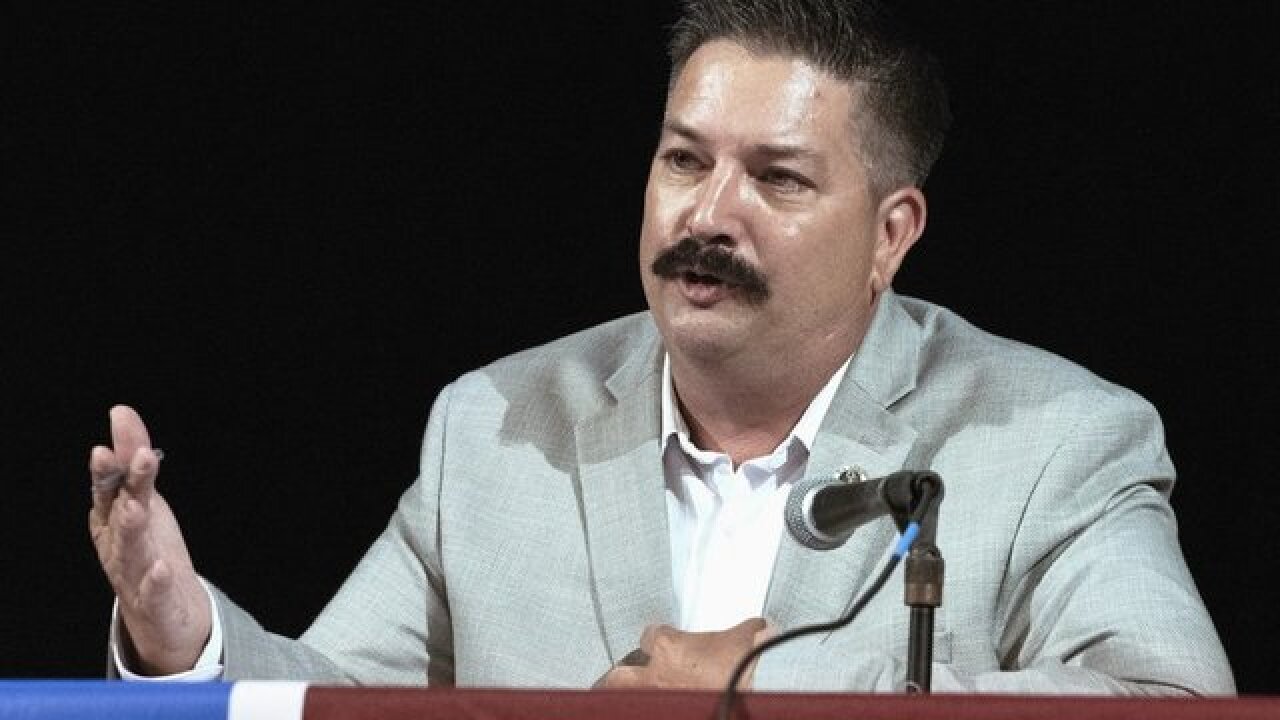 Copyright 2018 The Associated Press. All rights reserved.
<p>FILE - In this July 8, 2018, file photo, Randy Bryce, a Wisconsin Democratic candidate for the U.S. House, answers a question during a debate in Lake Geneva, Wis. Bryce is running against Republican Bryan Steil to replace House Speaker Paul Ryan. A Republican super PAC aligned with Ryan is launching an attack ad Monday, Sept. 17, 2018, against Bryce over his arrest record. (Angela Major/The Janesville Gazette via AP, File)</p>

Bryce, a union iron worker whose nickname is “Iron Stache,” got into the race months before Ryan announced his intention to retire at the end of this term. That decision has made the race more competitive, as Bryce has raked in millions of dollars while building a national profile in an effort to flip the seat that Ryan held for 20 years.

If Bryce were to win, it would be the first time an opposing party has flipped an open or vacant seat of a U.S. House speaker since 1846, according to an analysis by Smart Politics, a political blog run by a researcher at the University of Minnesota.

While Bryce has cast himself as an average blue collar worker struggling to get by, he has also had to explain less savory parts of his past, including his arrest record and taking years to pay off delinquent child support to his ex-wife.

Bryce has been arrested nine times, including in 1998 for drunken driving, three times for driving on a suspended license and in 2011 and earlier this year for protesting Republican policies.

Bryce has apologized for the drunken driving arrest, calling it “dumb” and “inexcusable.”

Bryce’s campaign manager David Keith called the ad a “desperate attack by Paul Ryan and his billionaire buddies. The people of southeastern Wisconsin aren’t going to fall for their ridiculous scare tactics.”

Keith said Bryce is the “proud son of a cop and has a deep respect for the law. Randy apologized for his past mistakes and has learned in the 20 years since.”

The attack ad , which is running in the Milwaukee television market and digitally, shows Bryce’s mug shot and video of him in handcuffs after being arrested intentionally at political protests. The ad argues that Bryce “isn’t fit to serve in Congress.”

The ad also refers to Bryce being arrested for theft and property damage, showing an image of breaking glass.

Bryce was arrested for marijuana possession, property damage, trespassing and theft in December 1991 on his 27th birthday. The theft and trespassing charges were dropped. Court records from that far back are not available to show more details of what happened.

Bryce was again arrested in April 1998 for operating a vehicle under the influence of alcohol in rural Michigan. Bryce initially pleaded guilty, but a warrant was issued for his arrest after he failed to appear in court. Bryce appeared in court in March 2003, where he was sentenced to 65 days in jail. The judge suspended the sentence with credit for one day served in jail and $850 in fines.

Bryce was also arrested in 1998, 2000 and 2003 for driving with a suspended license, and after failing to appear in the 2000 case, he was again arrested on a warrant. He served a day in jail and paid a fine.