Officials: No major vote problems in Wisconsin for primary 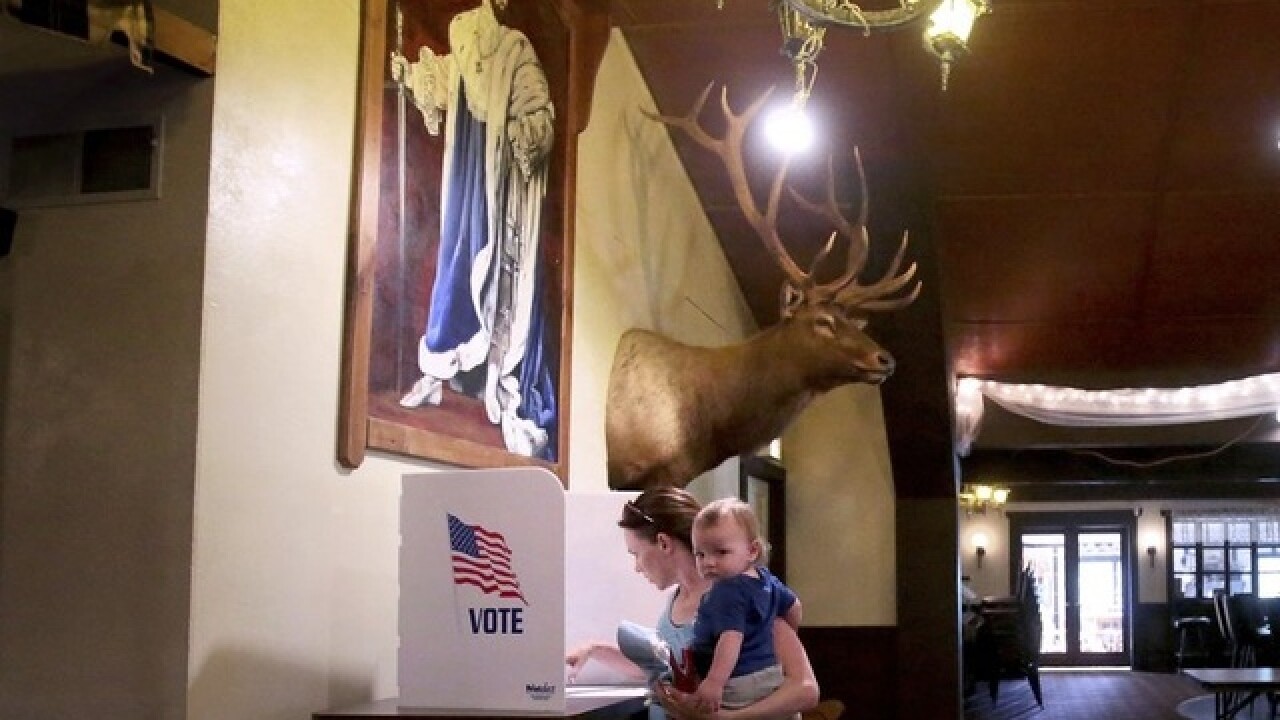 Copyright 2018 The Associated Press. All rights reserved.
<p>Marci Glaus holds her one-year-old son, Fredrick as she casts her vote during Wisconsin’s primary election Tuesday, Aug. 14, 2018 in Roxbury, Wis.Democrats are fighting to beat back Republican gains across the Midwest as the 2018 primary season roars through Wisconsin and Minnesota, two states where President Donald Trump’s appeal among working-class voters threatens to upend decadeslong political trends this fall and beyond. (John Hart/Wisconsin State Journal via AP)</p>

The Wisconsin Elections Commission says no major problems have been reported across the state as voters cast their ballots in the primary.

The commission says statewide turnout figures for Tuesday’s elections are not available yet.

Wisconsin is among four states holding primaries Tuesday. Connecticut, Minnesota and Vermont are the others.

In Milwaukee, the Journal Sentinel reports that election officials are projecting turnout to be 25 to 30 percent of the city’s registered voters, which is about 75,000 people. The turnout is about 10,000 more than the 2014 gubernatorial primary.