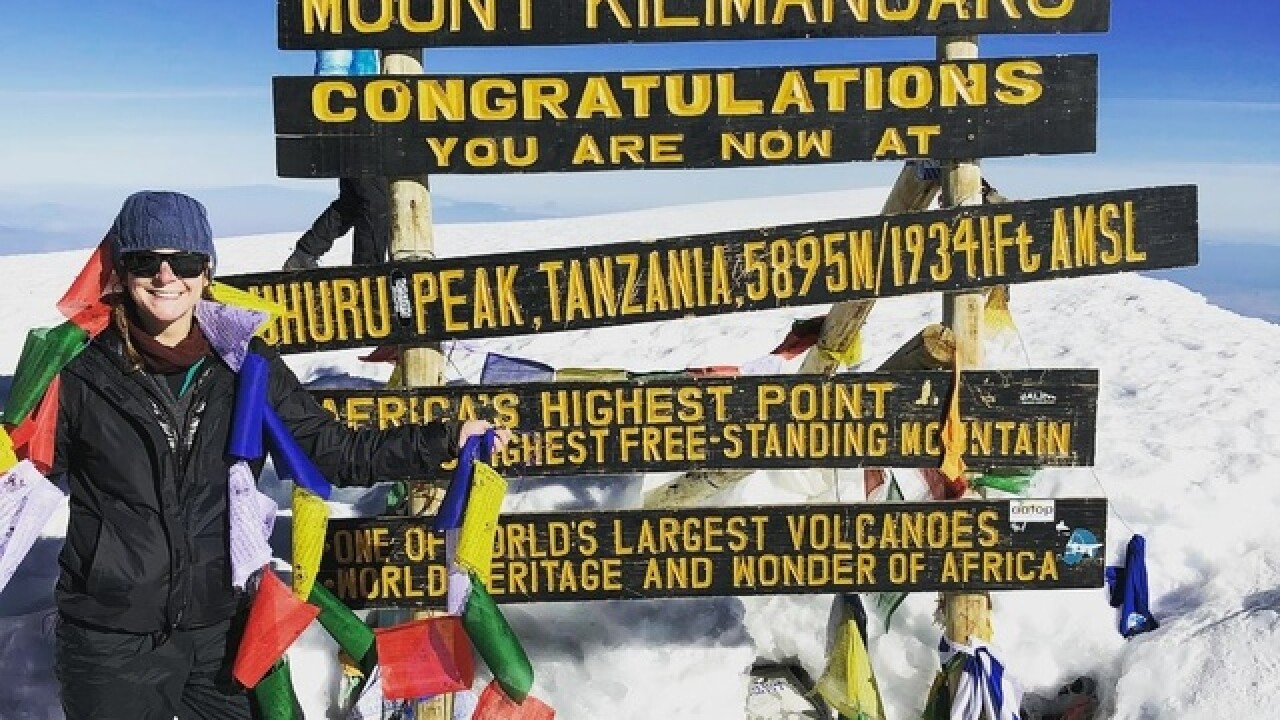 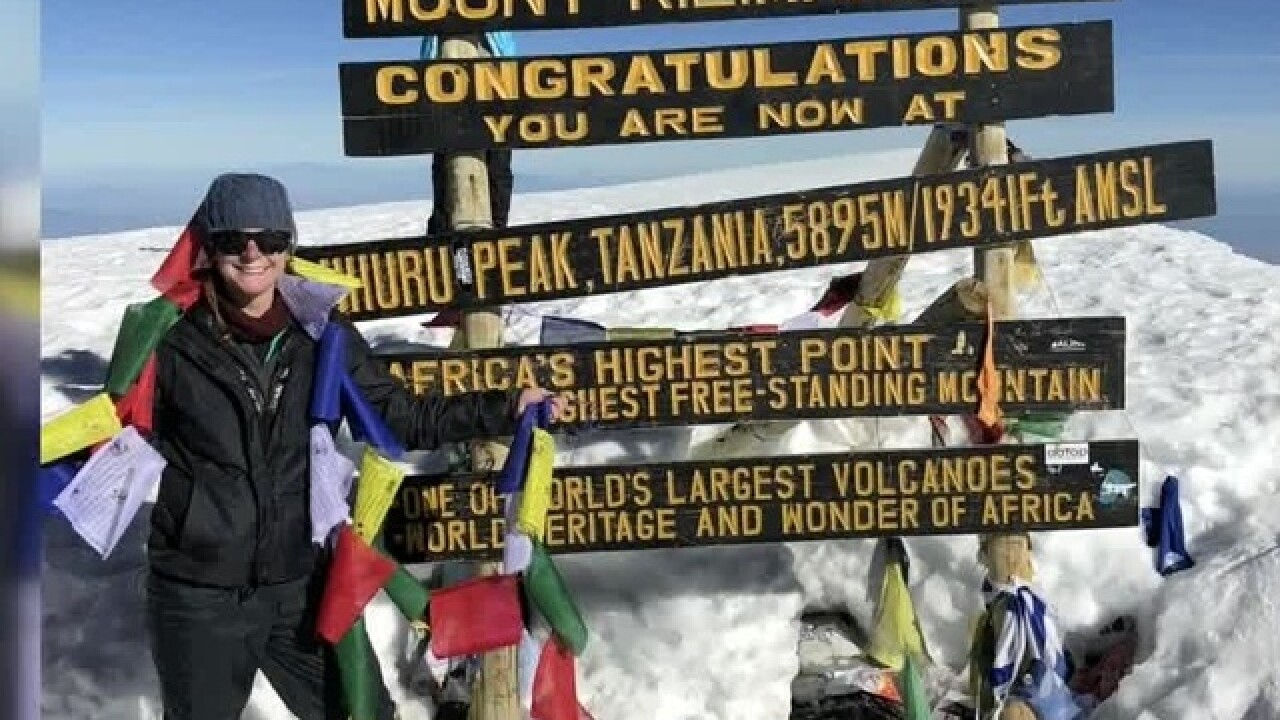 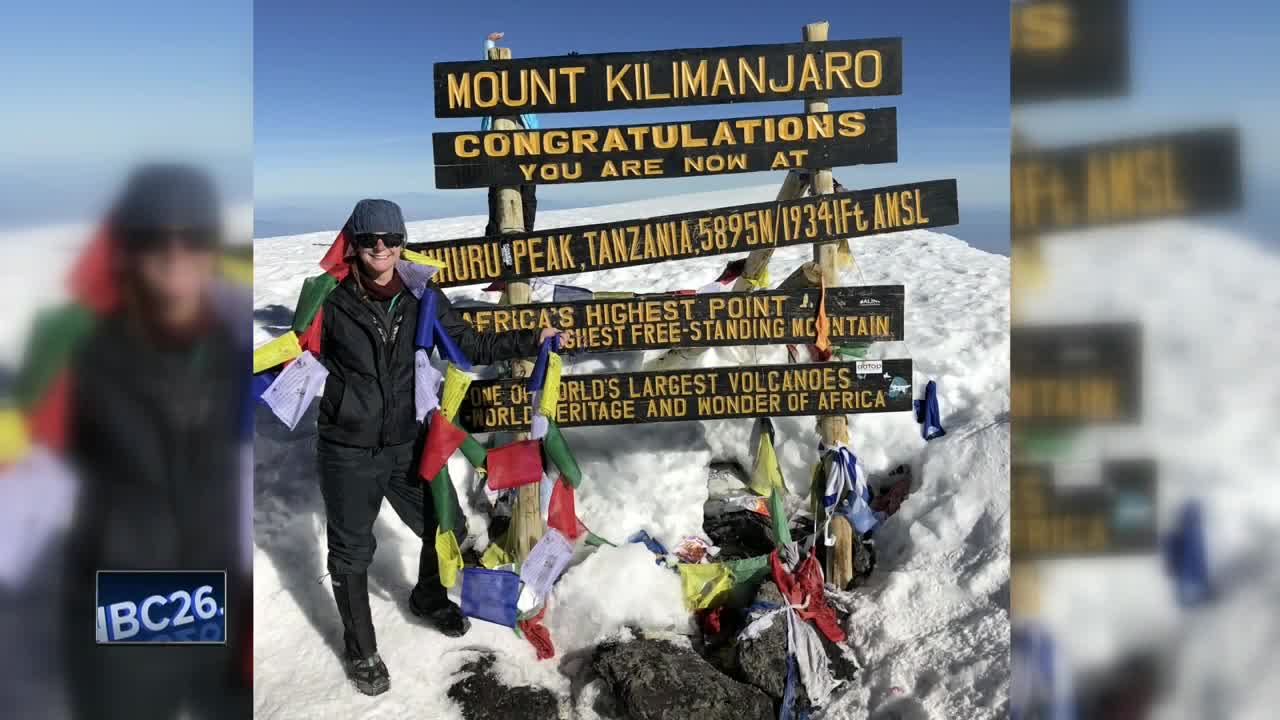 Wrightstown native Chelsea Klika, a radiation therapist who treats cancer patients, recently returned from an adventure that changed her life.

"It was an amazing, crazy experience," the 28-year-old chuckled. "I feel like I learned that I can do things that I don't normally think I can and that I'm a lot stronger mentally than I maybe give myself credit for."

Klika and 25 others pushed themselves to the limit by spending seven, grueling days trying to climb to the top of Mount Kilimanjaro in Tanzania, Africa. At first, the group had to navigate the cold, wet rainforest. As they climbed higher, the terrain became rockier.

"You're sleeping in a tent on the ground with not much comfort. You're not showering," she explained.

They hiked about eight hours a day while carrying ten pound backpacks. The group grew tired and developed blisters.

"My hands and toes were absolutely numb. We're hiking through snow. There's ice. You're slipping."

The sixth day was the toughest test. It was a 15 hour trek in search of the summit.

"We start hiking at one o'clock in the morning, so it was pitch black. You couldn't see anything. They had the most snow that they'd had in the past like 20 years, of course. Why not?"

When she could barely take another step, Klika finally reached the summit.

"I honestly felt like every emotion just came over me. You see the sign. You see people up there so excited, and I just laid in the snow and I cried."

With only 12% oxygen there, Klika could only spend a half hour soaking in the view at nearly 19,400 feet above sea level. At the peak., Klika placed nine Tibetan prayer flags in honor of family and friends who are either currently battling cancer or have lost their lives to the disease.

"Those were kind of my little inspiration in the background just kind of being like I'm hiking for these people you know, something that most of the people on the prayer flags didn't get a chance to do or won't get to do."

During their day and a half long descent, it was time to reflect on their amazing accomplishment and why they were there in the first place.

"In places like Africa, cancer is the leading cause of death when it shouldn't be. People who have very curable diseases are not getting treatment, because there's no access to it."

Klika's hiking group raised more than $70,000 for the non-profit organization Radiating Hope which donates radiation technology to developing countries. Klika learned about it while working at UC San Diego Health. The charity's president, Dr. John Einck, is a radiation oncologist. After a radiation machine is donated, he teaches the staff in that area how to use the equipment.

"It's been really incredible to see the response of the local physicians that have really felt powerless," he explained. "The very first treatment that we did to cure a woman with locally advanced cervical cancer was probably the most fulfilling career day that I've had."

Now, with the help of Klika, her fellow hikers and Radiating Hope, the Kilimanjaro Christian Medical Center will soon be equipped to save more lives. The money raised will also be used to build an addition at the facility.

"It's a great feeling," Klika said.

The UW-La Crosse graduate has now gone back to work in San Diego. She said her journey to the top of that massive mountain was symbolic of the journey her cancer patients go through, and she may have to do another climb on a different mountain in the future.

If you'd like to donate to the cause or hike a mountain yourself to support Radiating Hope, click here for more information.