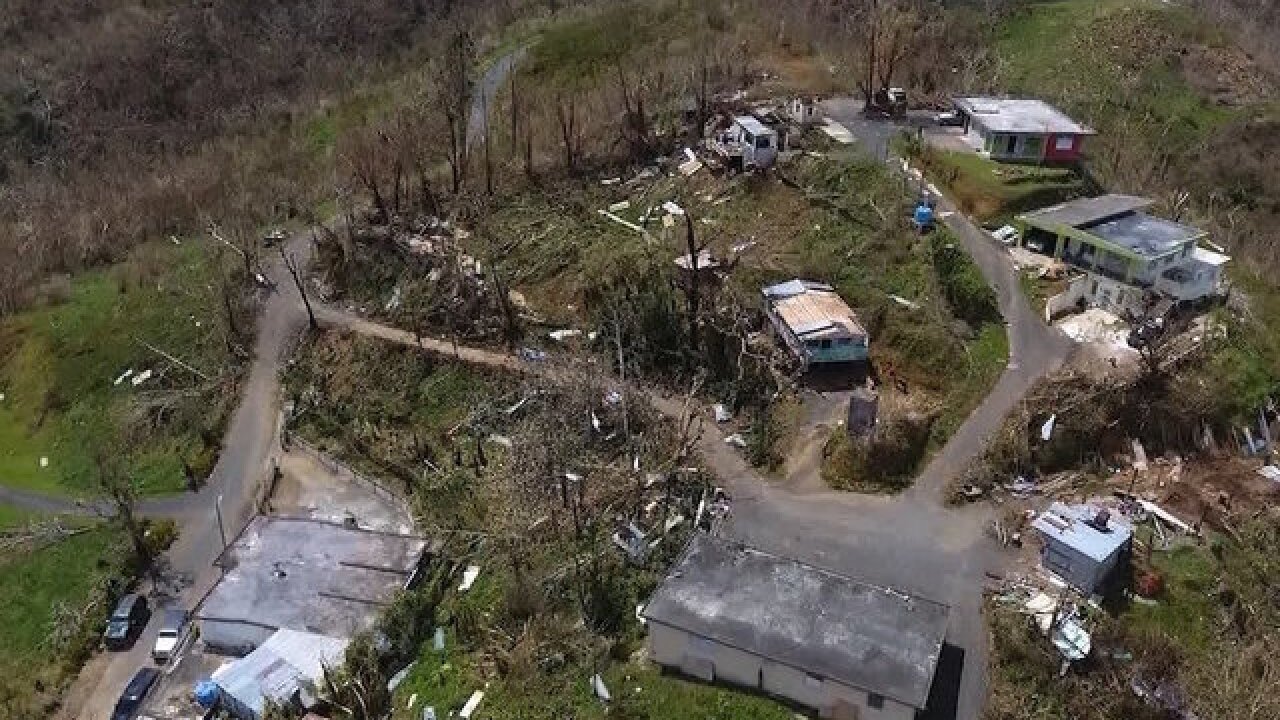 Speaking in the Oval Office, Trump said it was the earliest date he could reach the devastated island due to first responders' ongoing relief and recovery efforts.

Trump said the US territory was "literally destroyed."

"I know many Puerto Ricans, and they're great people and we have to help them. It really was devastated. Some people say, I read it this morning, it's literally destroyed," he said, adding, "The infrastructure was in bad shape as you know in Puerto Rico before the storm, and now in many cases, it has no infrastructure, so it's, you're really starting from almost scratch."

He said he may also stop in the US Virgin Islands during the Tuesday trip.

Unlike the efforts following Hurricanes Harvey and Irma, Trump said, recovery is more challenging in Puerto Rico due to its geography.

"It's very tough because it's an island. In Texas, we can ship the trucks right out there, you know, we've got A-pluses on Texas and Florida and we will also on Puerto Rico, but the difference is this is an island sitting in the middle of an ocean, and it's a big ocean, it's a very big ocean, and I think we're doing a really good job."

He touted FEMA's work, noting the "hourly" landing of water and food supplies to Puerto Rico's airport runways, which he described as "devastated" and "broken."

Earlier Tuesday, Trump vowed that federal assistance is on its way to Puerto Rico, a day after he commented for the first time in days about the devastation caused by Hurricane Maria since it made landfall on the US territory.

"Thank you to Carmen Yulín Cruz, the Mayor of San Juan, for your kind words on FEMA etc. We are working hard. Much food and water there/on way," he wrote on Twitter Tuesday morning, moments after Yulín Cruz appeared on CNN's "New Day."

"Our bodies are so tired, but our souls are so full of strength that we will get to everyone we can get to," she said.

Hurricane Maria made landfall on Puerto Rico last week, whipping the island with Irma-level winds, drenching it in Harvey-level flooding, crippling communications, decimating buildings and damaging a dam that puts downstream residents at risk of catastrophe. Without power and communications for much of the island, millions of people have been cut off from the world since the hurricane hit.

Trump said Puerto Rico is "very important" to him.