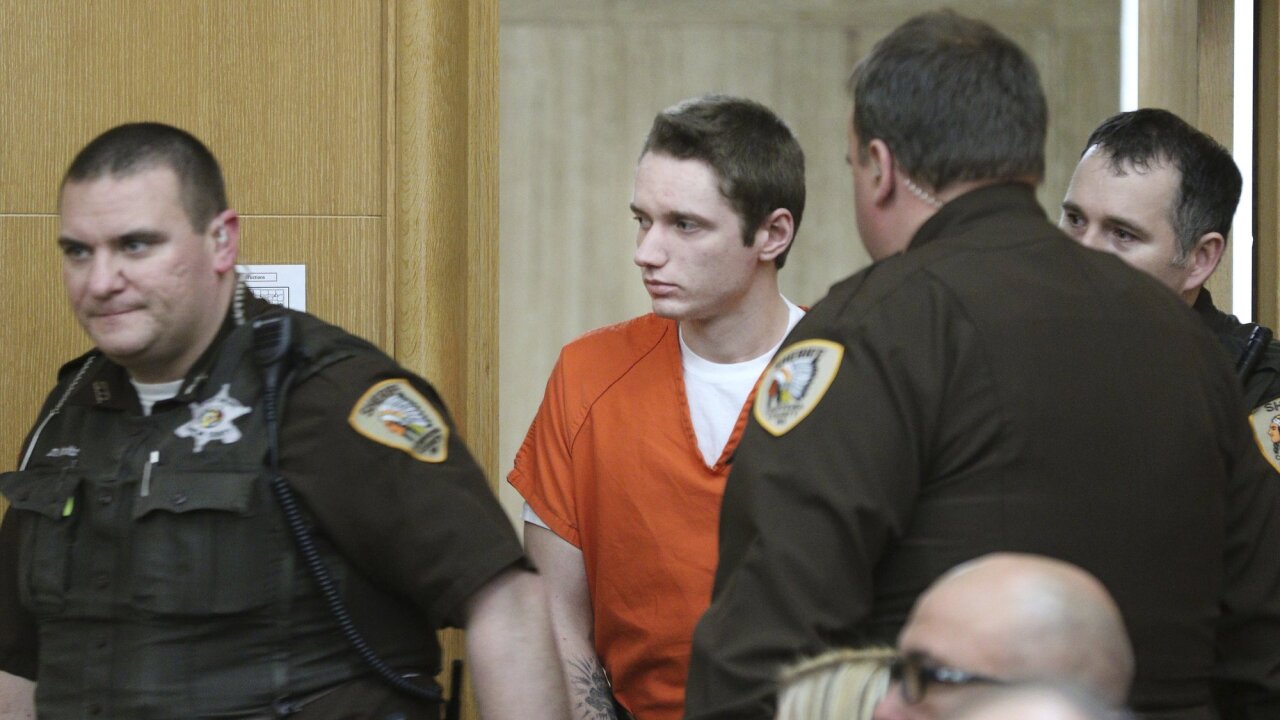 Colten Treu is led into Chippewa County Court for a preliminary hearing, Friday, April 12, 2019, in Chippewa Falls, Wis. The 22-year-old is accused in a hit-and-run crash that killed three Girl Scouts and a mother last November as they collected trash along a highway in Wisconsin. (Dan Reiland/The Eau Claire Leader-Telegram via AP)

CHIPPEWA FALLS, Wis. (AP) — A judge has declined to dismiss charges alleging that a man accused of killing three Wisconsin Girl Scouts and a mother in a hit-and-run was high on fumes from an aerosol can at the time.

Colten Treu appeared in Chippewa County court on Friday for a preliminary hearing. The 22-year-old is accused of huffing from an aerosol canister before crashing his pickup truck into members of Girl Scout Troop 3055 in November as they picked up litter along a highway in Lake Hallie.

Treu’s attorney said there was no evidence that Treu had been huffing, citing a blood sample that failed to detect any chemicals. Prosecutors countered that Treu left the scene so a blood draw wasn’t taken until that evening.

Four of the 11 counts involve the huffing allegation. Judge James Isaacson set Treu’s arraignment for May 24.