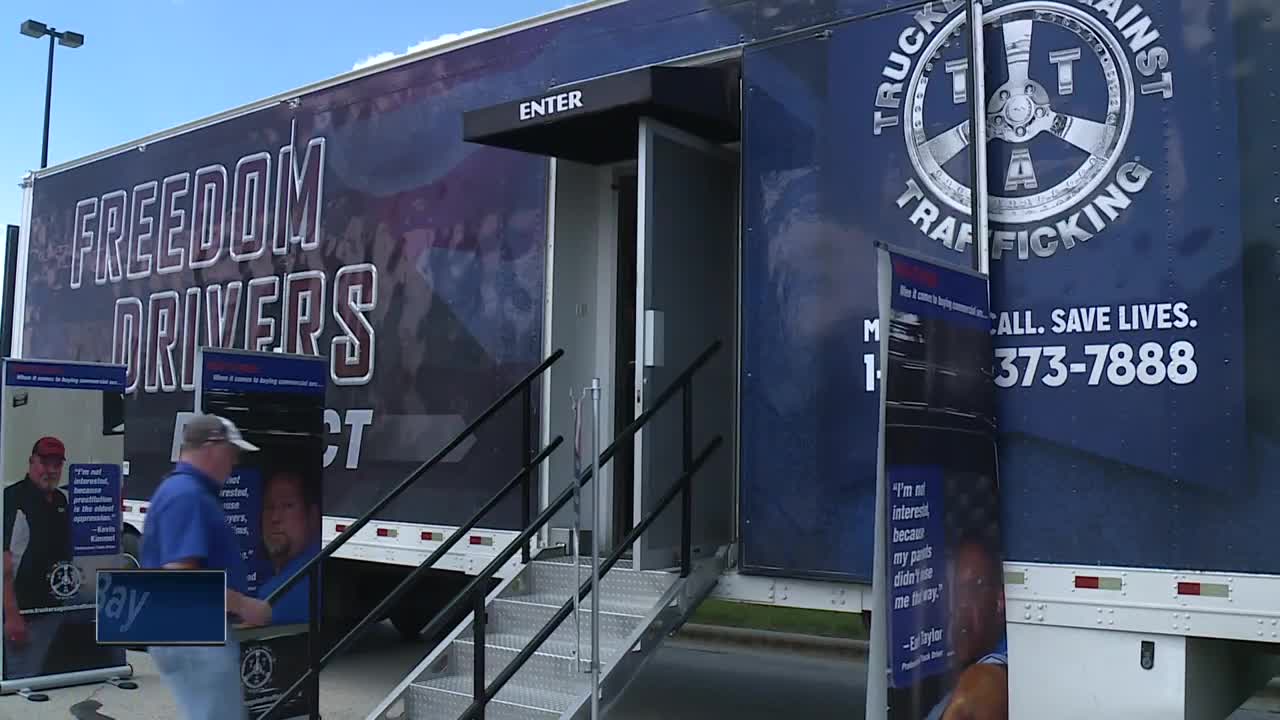 GREEN BAY, Wis. — Truckers Against Trafficking, a non-profit organization brought it's Freedom Drivers Project to Schneider in Green Bay on Monday.
The 48'' mobile exhibit educates members of the trucking industry and the general public about sex trafficking and how to take action against it. The artifacts inside the truck are from seven real human trafficking cases. Directors with the project feel the display is making an impact.
"We know that there have been 22 hundred calls into the hotline that's lead to the identification of over 11 hundred victims that is calls into the hotline just a slice of the data pie it just begins to give you an idea of the scope of the issue as well as the impact that drivers can have when they are trained and empowered to do something about it," says Helen Van Dam with the Freedom Drivers Project Director.
Organizers say more than 3,700 people in 40 states have toured the traveling exhibit.