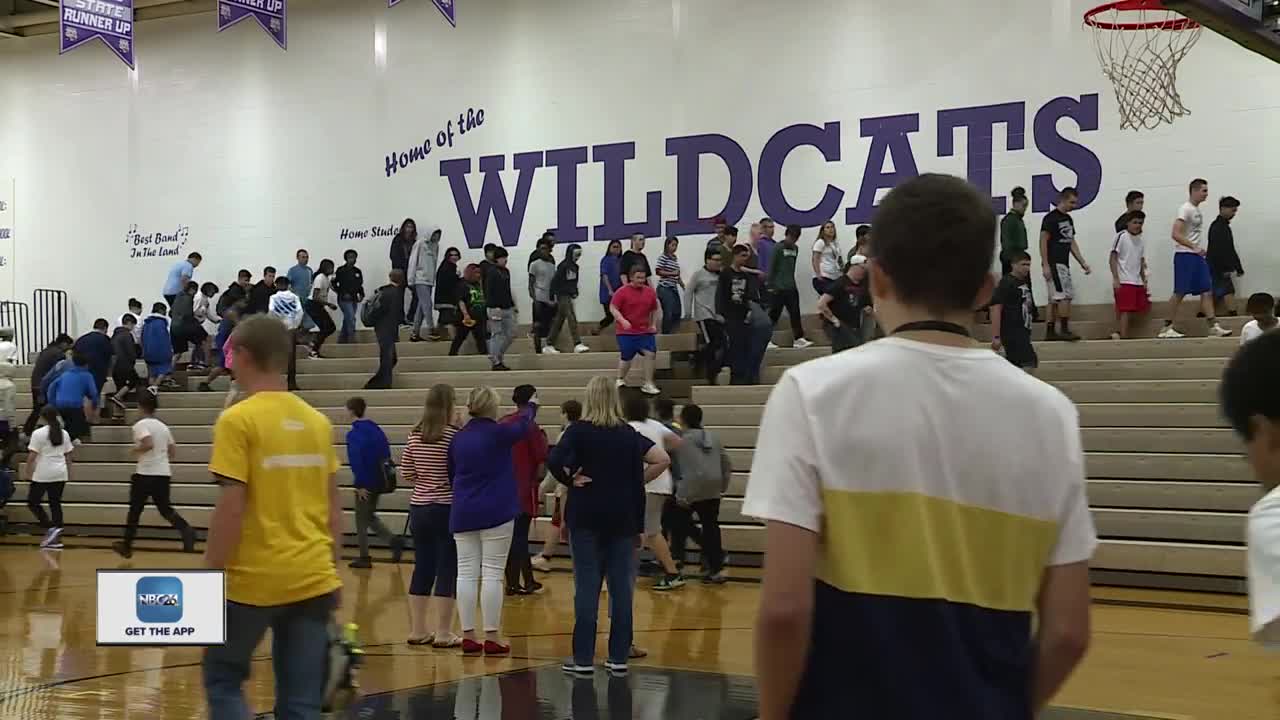 GREEN BAY -- On the 18th anniversary of the September 11th attacks, students at Green Bay West High School honored the firefighters and first responders who lost their lives on 9/11.

Students were supposed to remember the sacrifices made by New York firefighters on 9/11 by repeatedly climbing bleachers outside, but the rain got in the way and they were forced to take this event indoors.

The idea was for each student to climb the equivalent of one tenth of the World Trade Center. It was a climb that 343 New York City firefighters made, but died in doing so, attempting to save lives before the towers fell. The organizers of Wednesday’s event say these students are getting a history lesson in gym class about the sacrifices made by first responders 18 years ago.

"One thing I noticed which was very cool amongst the students was we didn't see a lot of laughing, a lot of students were very serious,” said Shauna Walesh, with the Green Bay Metro Fire Dept.

"It's to remember all the fire fighters and first responders that went into the buildings and lost their lives,” said Green Bay West High School Student Aiden Chavdoil.

This is the fourth annual memorial bleacher climb at West High, an event that staff here says is an important reminder of how 9/11 impacted the lives of so many Americans.