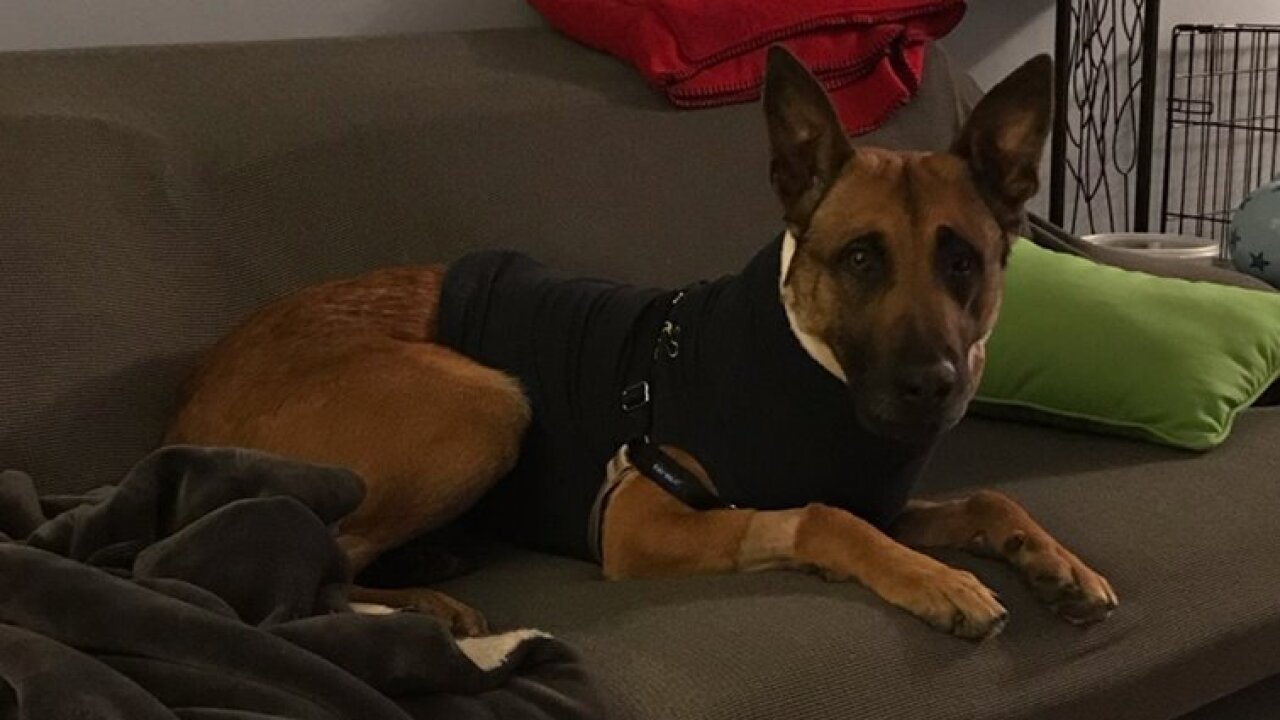 GREEN BAY, Wis. — A police dog continues to make "great progress" recovering from a stabbing earlier this month, according to police.

Green Bay Police K9 Pyro paid a visit to the police department on Thursday. According to a Facebook post, police say Pyro has been cleared to begin eating solid food again and his feeding tube was removed.

The dog continues to wear a protective coat to protect the injuries while they heal, police say, but he is slated to get his stitches taken out in the near future.

Police say a suspect stabbed Pyro during an arrest earlier this month. A competency hearing has been ordered for the suspect, Sai Vang, who faces criminal charges in the matter.