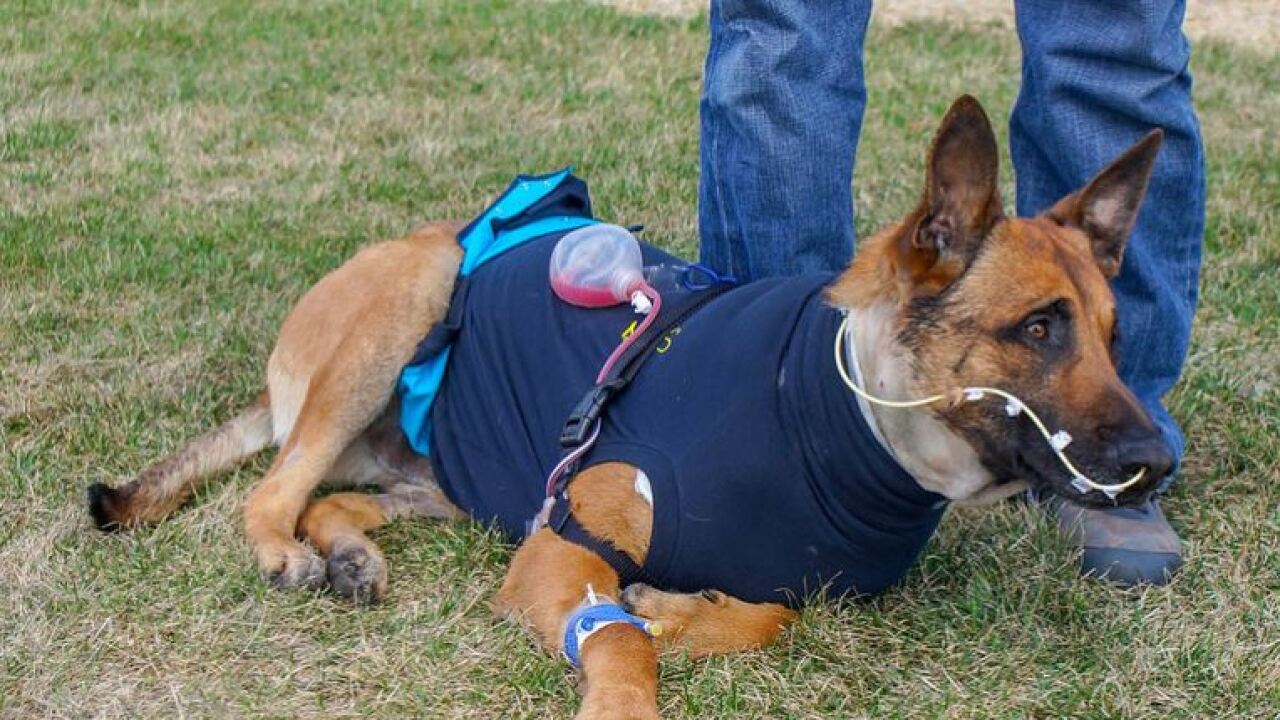 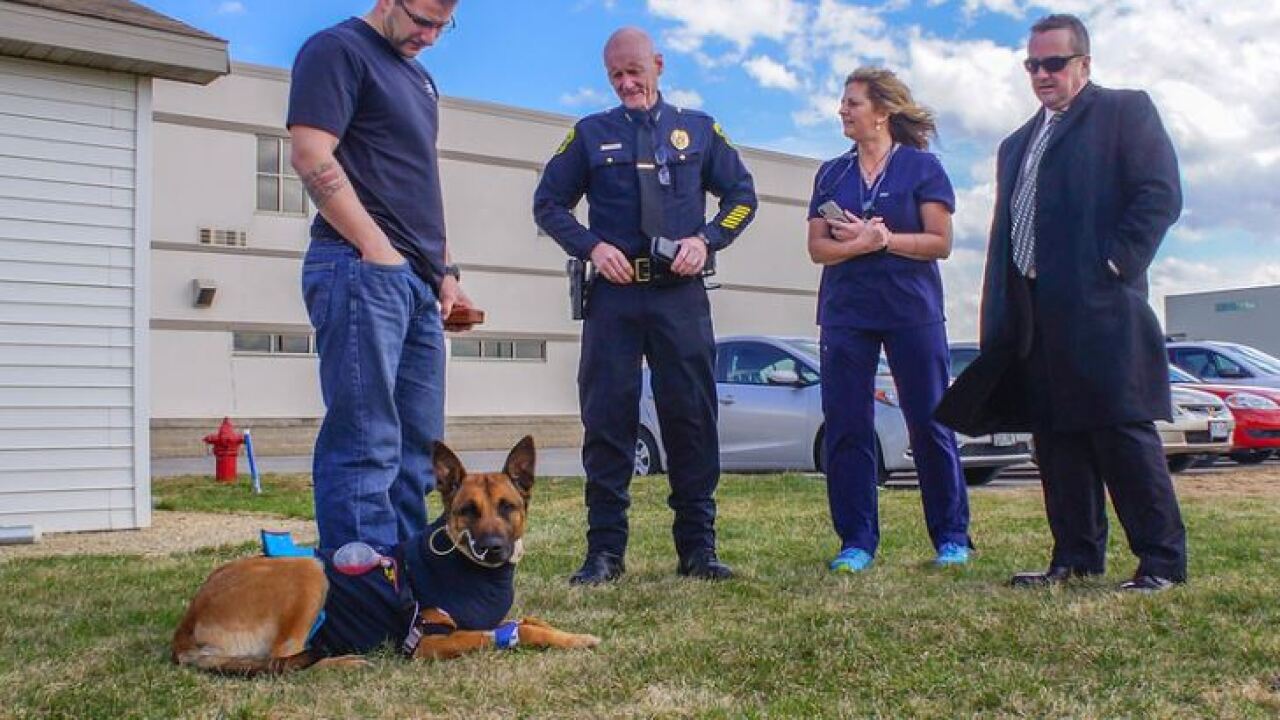 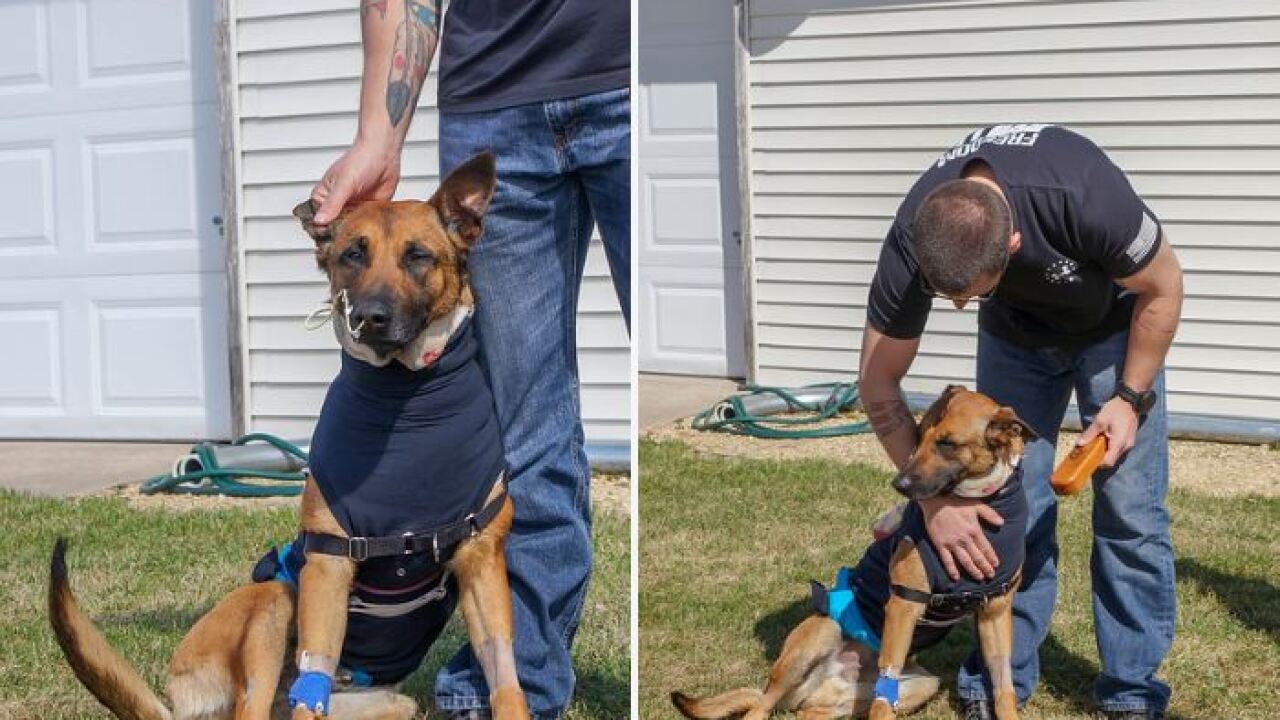 GREEN BAY, Wis. — A Green Bay Police K9 is continuing to recover from stab wounds he received during an arrest on Sunday, police say.

The police dog, named Pyro, is rehabilitating at the Animal Referral Center in Appleton. Police say medical staff are giving him around-the-clock care. Pyro's handler, Officer Scott Salzmann, has reportedly been sleeping at the animal center for the past few days to help the dog recover.

Police say officers used Pyro to arrest a suspect on Sunday night. According to Green Bay Police, the suspect stabbed Pyro after the dog bit him. Pyro was then sent to an animal hospital where he endured multiple surgeries.

Since then, Pyro has been able to make small recoveries. Police say on Tuesday, the police dog was able to to get up and walk outside for a few minutes.

The suspect accused of stabbing Pyro is expected in court Wednesday afternoon.