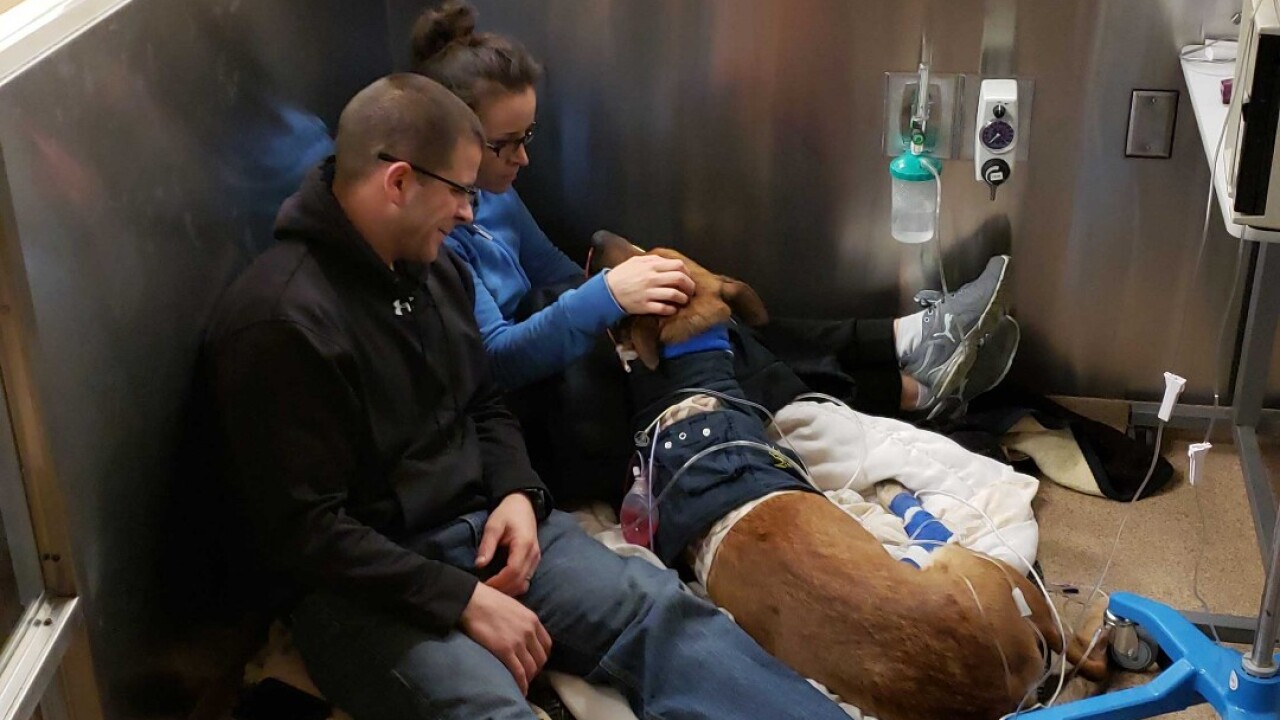 GREEN BAY, Wis. — A Green Bay Police K9 named Pyro is recovering after being stabbed by a suspect on Sunday, police say.

Also on Tuesday, Green Bay's Mayor gave the dog the key to the city.

In 16 years of service, I’ve never given a key to the City to a canine before. Well deserved, Pyro! pic.twitter.com/6MFDXqTpgN

Police provided an update on Tuesday on the dog's recovery. Pyro is standing, sitting, and walking under his own, police say.

Police say on Sunday night, officers used Pyro while trying to arrest a suspect. Police say the suspect stabbed Pyro multiple times before being apprehended. The dog was taken to an animal hospital and went through multiple surgeries.

In Tuesday's update, police say Officer Salzmann and his family, along with fellow his GBPD K9 Officers have been taking Pyro out for short duration walks to help him build up his strength. Pyro has improved over the past 24 hours and police say the dog is getting some of his personality back.