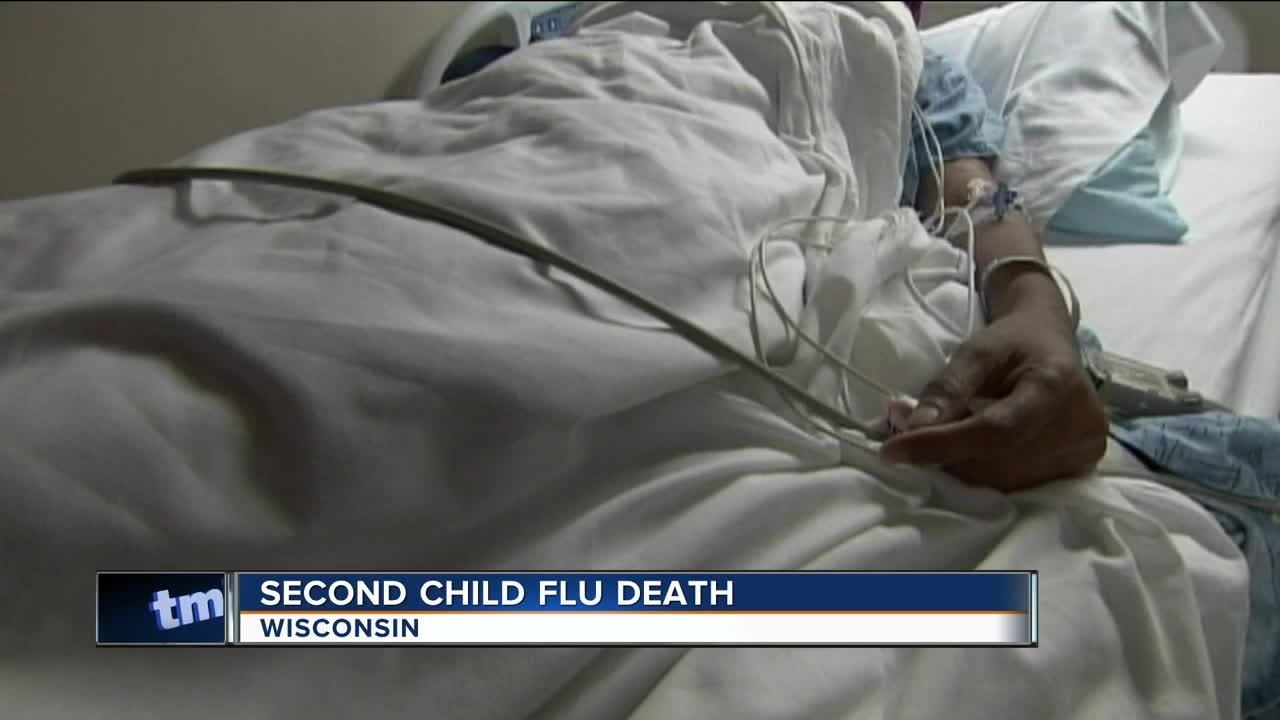 State health officials are urging people to practice good hygiene after the flu has killed two children and hospitalized hundreds more this week.

State health officials are urging people to practice good hygiene after the flu has killed two children and hospitalized hundreds more this week.

Officials announced the second pediatric death Thursday, alongside statistics that show "a significant increase" in flu cases. Officials said there will be more than 500 hospitalizations by the time they report weekly numbers on Friday. More than 100 were hospitalized across the state before noon Thursday alone.

"We've seen an increase in hospitalizations with the 18 to 49-year-olds which is markedly different than what we've seen in previous influenza seasons," said Tom Haupt, the influenza surveillance coordinator for the Wisconsin Department of Health Services.

Forty percent of people living in Wisconsin got the flu shot this year, which officials say is a record high.

Haupt said the predominant virus this year is influenza B but there has been a "significant increase" in influenza AH1.

For those who aren't vaccinated, officials and local health workers stress it is never too late.

"Even if you had influenza B earlier, you still would be protected against influenza a, which is going around now if you get the flu shot," said Dr. Molly Cousin, a pediatrician at Sixteenth Street Community Health Center.