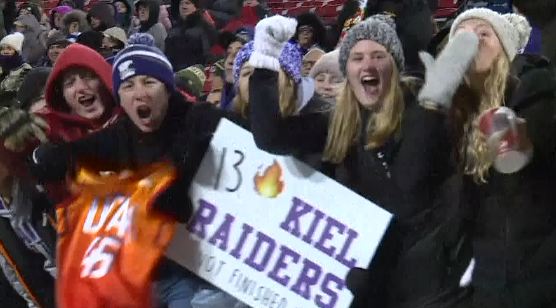 MADISON (WGBA) -- The Kiel football program came up short in its first trip to the WIAA state football championship.

The Raiders fell 35-0 again reigning Division 3 champion Catholic Memorial (Waukesha), which dominated the Division 4 field after dropping down this season.

The Crusaders struck first on a 65-yard touchdown to open the game and led the entire way.

Kiel's season ends with a 13-1 record. Players told NBC26 after the game they are happy with the foundation that has been built for the program.