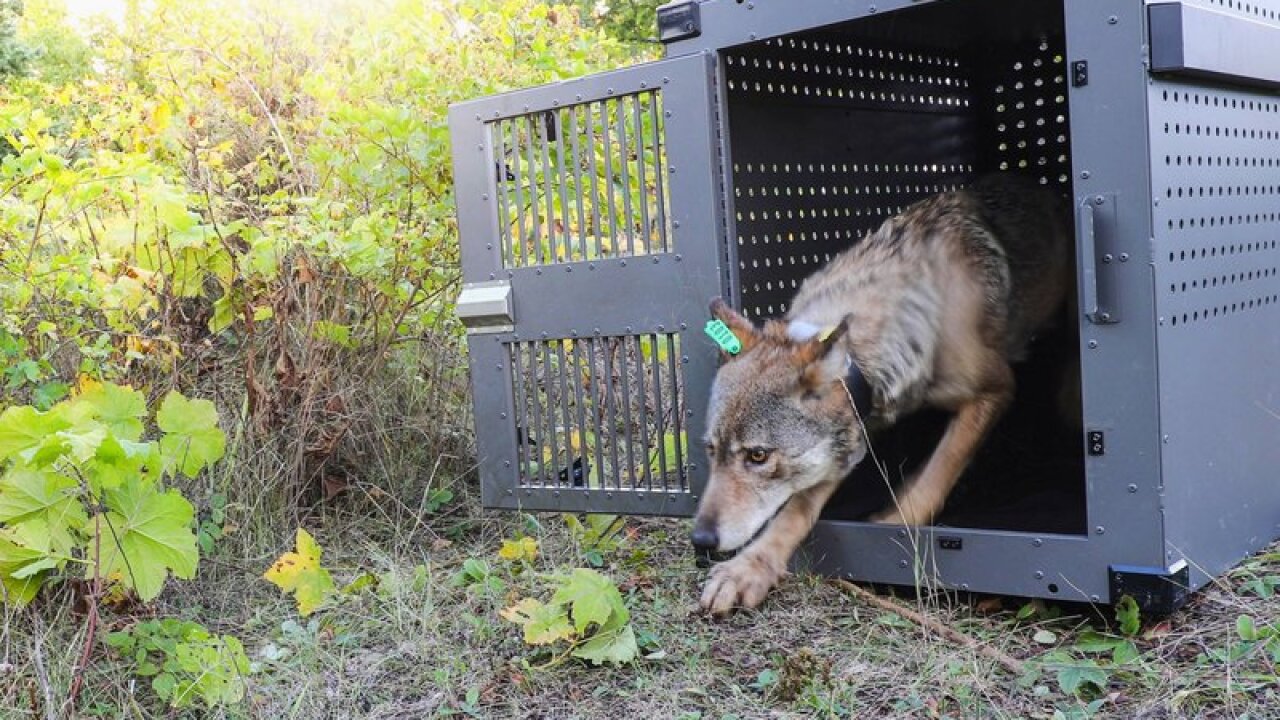 FILE - In this Sept. 26, 2018, file photo, provided by the National Park Service, a 4-year-old female gray wolf emerges from her cage as it released at Isle Royale National Park in Michigan.

MADISON, Wis. (AP) — Lifting protections for gray wolves across most of the country would force Wisconsin wildlife officials to re-start wolf hunts.

The Associated Press reported Wednesday that the U.S. Fish and Wildlife Service will propose lifting protections for wolves across the Lower 48 states.

Then-Gov. Scott Walker, a Republican, signed a bill in 2012 that requires the Department of Natural Resources to hold a wolf hunt. The agency held three hunts before a federal judge placed Great Lakes Wolves back on the endangered species list in 2014. The law remains valid, which means the DNR would have to reinstate the season if protections are lifted.

A spokeswoman for Democratic Gov. Tony Evers didn't immediately respond to an email.

The DNR estimated as many as 944 wolves roamed the state last winter.