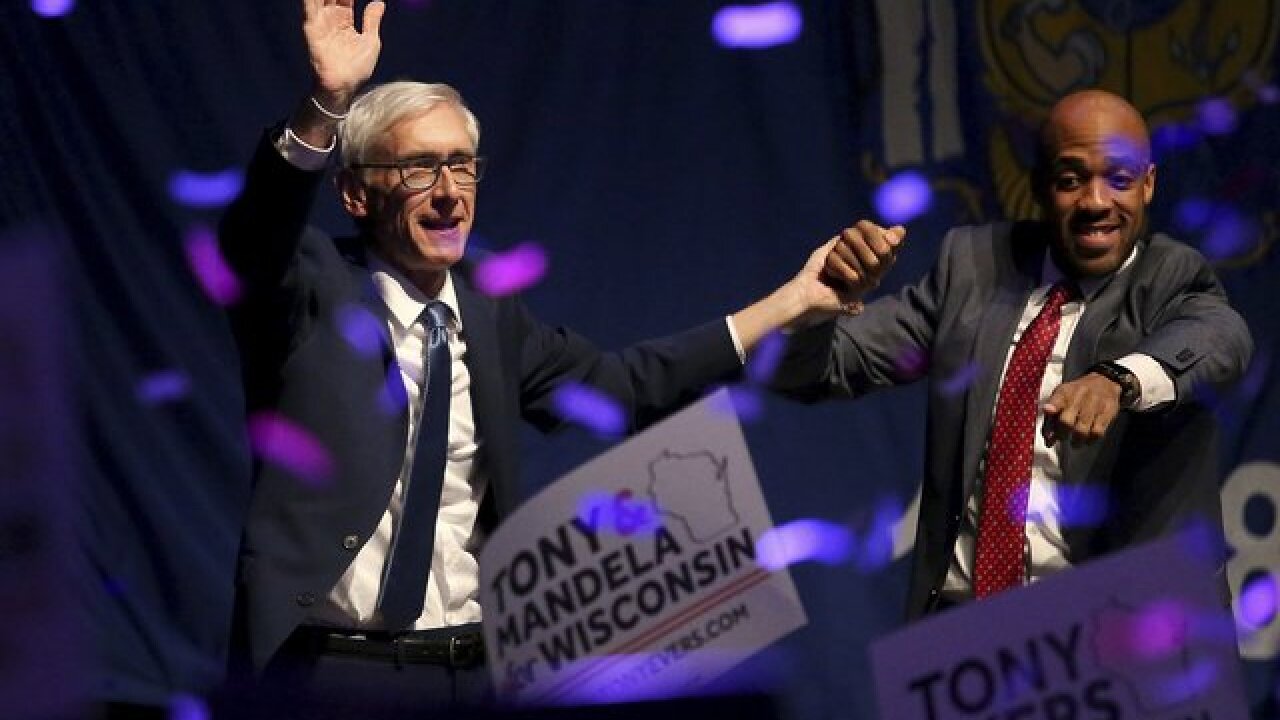 Democrat Tony Evers looked ahead to leading Wisconsin with a Republican-controlled Legislature, the first time state government has been divided in a decade, while ousted Republican Gov. Scott Walker eyed a possible recount following the state’s closest governor’s race in more than half a century.

The Evers victory, coupled with the apparent win by Democratic attorney general candidate Josh Kaul in a race too close to call, realigns the political dynamic in Wisconsin following eight years of Republican control. While Democrats had hopes of making headway in the Legislature, Republicans will remain in the majority with Evers as governor, setting up at least two years of divided government. That hasn’t happened in Wisconsin since 2008, when Democratic Gov. Jim Doyle was in office and Republicans controlled the Assembly with Democrats in charge of the Senate.

Evers declared victory early Wednesday morning, but Walker held off conceding while his campaign investigated 2,000 absentee ballots in Milwaukee that were reconstructed due to damage or errors. The city’s elections commission said the reconstruction process is routine, transparent and overseen by representatives of both political parties, election workers and the public.

With the unofficial count substantially complete, Evers led by about 31,000 votes, or 1.15 percentage points, which is just outside the margin at which a losing candidate may request a recount.

Walker’s first comment since the loss came via Twitter on Wednesday morning, when he posted a Psalm from the Bible: “This is the day that the Lord has made; let us rejoice and be glad in it.”

Walker’s defeat came amid record turnout for a midterm election in Wisconsin. More than 57 percent of the voting-age population — nearly 2.7 million people — cast ballots in the governor’s race. Walker’s loss was driven by massive turnout in the Democratic stronghold of Dane County, home to the state capital and University of Wisconsin main campus.

But he also did worse elsewhere compared to 2014 — namely in the conservative Milwaukee suburbs that are vital for Republicans in statewide races. Those counties also came out less for President Donald Trump in 2016 compared to Mitt Romney four years earlier.

Walker’s loss spells the end of what some called the “Cheesehead Revolution.” That described Walker, who ran for president in 2015, Rep. Paul Ryan’s ascendance to House speaker and Reince Preibus’ role as head of the Republican National Committee and, briefly, as Trump’s chief of staff.

Ryan is retiring at the end of this year, Reince left the White House last year and now Walker has lost.

After a recount in that race, Walker signed a state law allowing future recounts only when the loser is within 1 percentage point of the winner.

Walker’s campaign spokesman Brian Reisinger said Walker wants to investigate the Milwaukee ballots issue, see the official canvass of the vote and wait for military ballots to be counted “before any decision can be made,”

Counties have to start the vote canvass by Tuesday and they have until Nov. 20 to report the totals to the state, which then has until Dec. 3 to certify the results.

Meanwhile, Democrats exalted. People could be heard screaming and cheering outside the state Capitol shortly after the race was called. Evers told exuberant supporters at a Madison theater that he was “confident” in saying: “I’m going to be the next governor of the state of Wisconsin.”

The results are a steep fall for Walker, who just three years ago was an early front-runner in the GOP presidential primary. When Walker dropped out of that race, he focused on rebuilding his low approval ratings in Wisconsin.

Walker had promised that, if he won, his third term would be his last.

Evers, 67, a former teacher, cancer survivor and state superintendent since 2009, used his folksy, nondescript personality to his advantage in the campaign, using words like “jeepers” and “holy mackerel,” while arguing that voters were tired of divisiveness and yearned for more collegial politics.

While Evers waited for results, he played the card game euchre with his family, just as he did in August before winning an eight-person primary.

Evers will have to deal with a Legislature controlled by Republicans, making it difficult to roll back the conservative laws Walker enacted over the past eight years.

It will also be tough for Evers to enact many of his campaign promises — namely scaling back a manufacturing and agriculture tax credit program to pay for an income tax cut.