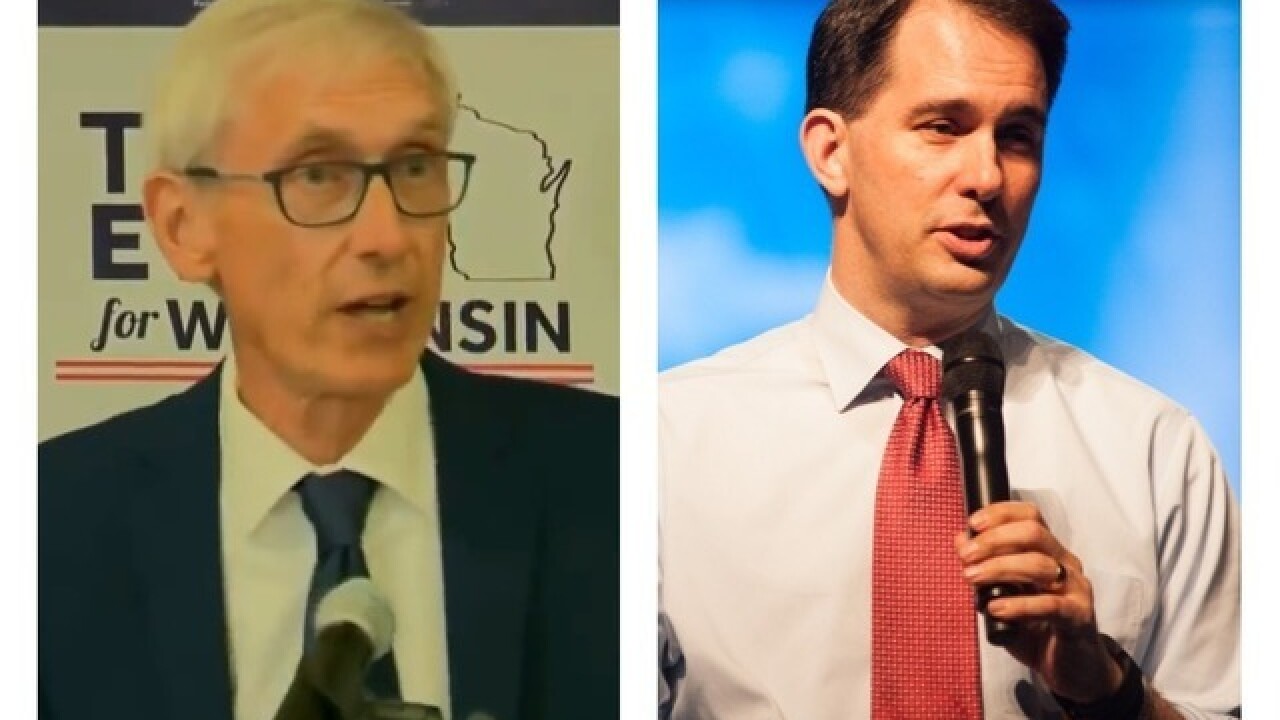 The Latest on Wisconsin elections (all times local):

Turnout in Wisconsin’s midterm election is the highest on record, topping out at over 57 percent.

The hard-fought race for governor drove people to vote Tuesday, with the race for U.S. Senate close behind.

Based on unofficial totals, nearly 2.7 million people cast ballots. That comes to 57.2 percent of the voting-age population.

Walker lost by just over 1 percentage point of the vote, based on unofficial results.

Democrat Josh Kaul is declaring himself Wisconsin’s next attorney general even though his race with Republican incumbent Brad Schimel remains too close to call.

Schimel said in a statement that it “appears” Kaul has won, but he will wait for the official canvass.

Kaul called himself the attorney general in a brief appearance outside the Dane County courthouse Wednesday morning. He thanked his family and supporters and promised to work to expand Medicare coverage and withdraw the state from a federal lawsuit challenging the Affordable Care Act.

Gov. Scott Walker’s first comments since his election defeat are coming via Twitter, with the posting of a Bible verse.

Walker narrowly lost to Democrat Tony Evers in Tuesday’s election. While Lt. Gov. Rebecca Kleefisch vowed there would be a recount, and his campaign spokesman raised concerns about damaged ballots, Walker has not been heard from.

But shortly before 9 a.m. Wednesday, Walker tweeted the Psalm “This is the day that the Lord has made; let us rejoice and be glad in it.”

Unofficial results show that Evers defeated Walker by just over 1 percentage point. Only candidates who lose by less than a point can request a recount.

Wisconsin Attorney General Brad Schimel says it “appears” that Democrat Josh Kaul has won their race, but Schimel will wait until all votes are counted.

Schimel said in a statement Wednesday morning that he had spoken with Kaul and that if the margin doesn’t substantially change, he vowed to help with a smooth transition.

With the unofficial vote nearly complete, Kaul led by almost 23,000 votes, or less than 1 percentage point. Losing candidates can request recounts if the margin is less than one point.

Vel Phillips was the first black person elected to statewide office in 1978. She served as secretary of state for one term.

Barnes won an August primary and that paired him with Evers, who also survived a primary.

The 31-year-old Barnes is a former state representative from Milwaukee. He joked about the difference in age with Evers, who is more than twice as old as him at 67. They called themselves the “Tony and Mandela Show” on the campaign trail, working to engage younger voters through stunts like live streaming their drive to a news conference.

Wisconsin Gov. Scott Walker’s campaign is alleging that “thousands of ballots were damaged and had to be recreated” in the election that saw Democrat Tony Evers score a narrow victory.

Walker campaign spokesman Brian Reisinger says until the ballots can be examined, there is no way to judge their validity.

Reisinger also says that Walker wants to see the official canvas of the vote and for military ballots to be counted “before any decision can be made.”

Counties have until 9 a.m. Tuesday to canvas the vote.

While Walker looked for a way to escape the loss, Democrats exalted.

Evers told exuberant supporters at a Madison theater that he was “confident” in saying, “I’m going to be the next governor of the state of Wisconsin.”

For the first time in nearly a decade, Wisconsin will have a new governor.

Elsewhere, Democrats came up short in their hopes of taking the state Senate. And a bitter attorney general race between incumbent Republican Brad Schimel and Democrat Josh Kaul was too close to call.