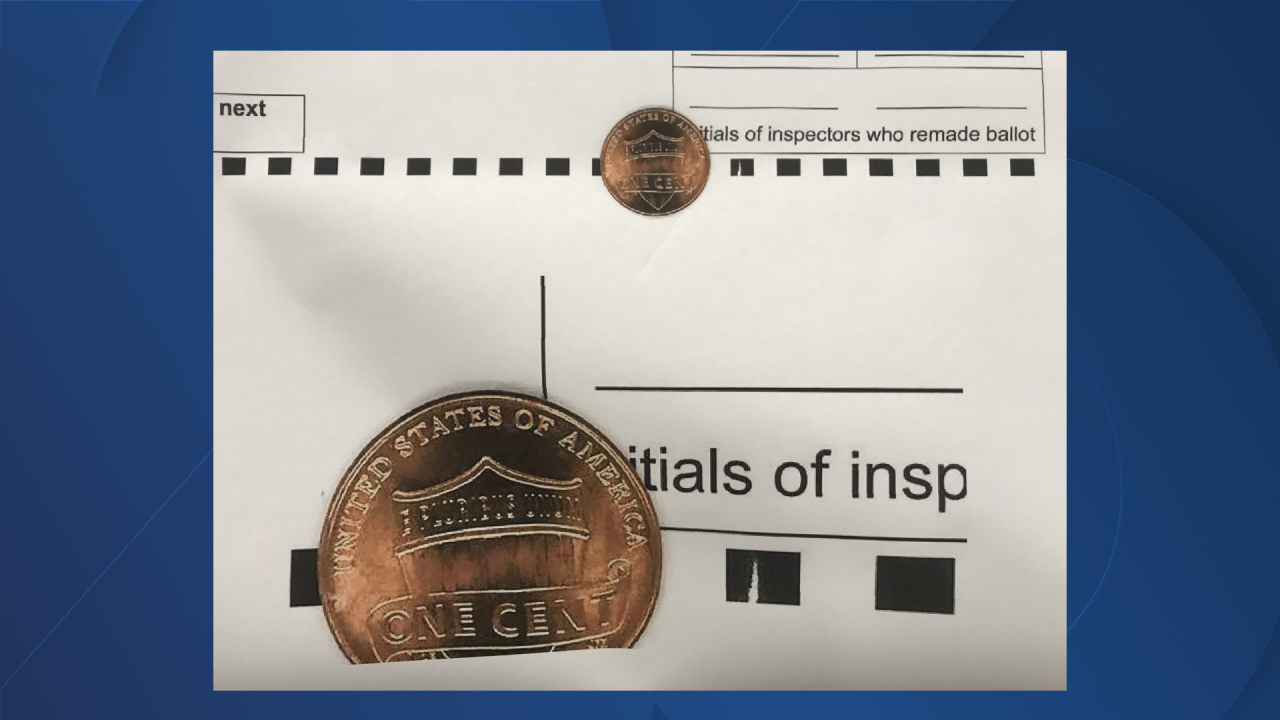 MADISON, Wis. (AP) — A divided Wisconsin Supreme Court on Thursday refused to go along with a request from two counties to allow them to fill in a ballot misprint so that as many as 13,500 ballots can be processed more quickly on Election Day.

The four conservatives on the court rejected the request from Outagamie and Calumet counties for an order that would allow them to fill in a misprinted “timing mark” so that tabulating machines can read the ballots, rather than have to duplicate them all on readable ballots. The court’s three liberals dissented, saying the decision “leaves local election officials in the lurch.”

Chief Justice Patience Roggensack, writing for the majority, said the counties were asking the court for an advisory opinion “explaining what election laws they are free to disregard. We will not do that.”

Roggensack stressed that despite the court’s refusal to take the case, all of the ballots must be counted.

“Election officials may have to make difficult decisions regarding how to proceed as they comply with what the law requires,” she wrote. “Obtaining more election workers appears to be necessary.”

Justice Ann Walsh Bradley, writing for the minority, said that without guidance from the court, the counties “are left to do their best under difficult circumstances.”

The counties were seeking guidance on how to deal with ballots that had a small misprint on one black box on the border of the ballot known as a “timing mark.” The misprint would prevent the tabulating machines from reading those ballots.

The counties and the Wisconsin Elections Commission agreed that the best solution would be to have a poll worker use a pen or marker to fill in the black box so that the ballots could be read by the machines. The counties asked the state Supreme Court to allow them to do that, rather than follow a state law that requires defective ballots to be remade by clerks. Elections officials expressed concern that mistakes could be made when duplicating voters’ marked choices from one ballot to another.

The clerks also argued that duplicating the problem ballots “will be costly, incredibly time consuming, and will delay election results significantly.”

The Wisconsin Elections Commission said that although it could authorize a hand count of the ballots, it would have to be for all ballots, not just the misprinted ones.

The misprint does not affect any contests, candidates or ballot referenda. The error, caught earlier this month, was found in time to reprint the ballots so that those used for early in-person voting, which began last week, could be counted.

President Donald Trump carried both Outagamie and Calumet counties in 2016. He won the state by fewer than 23,000 votes.