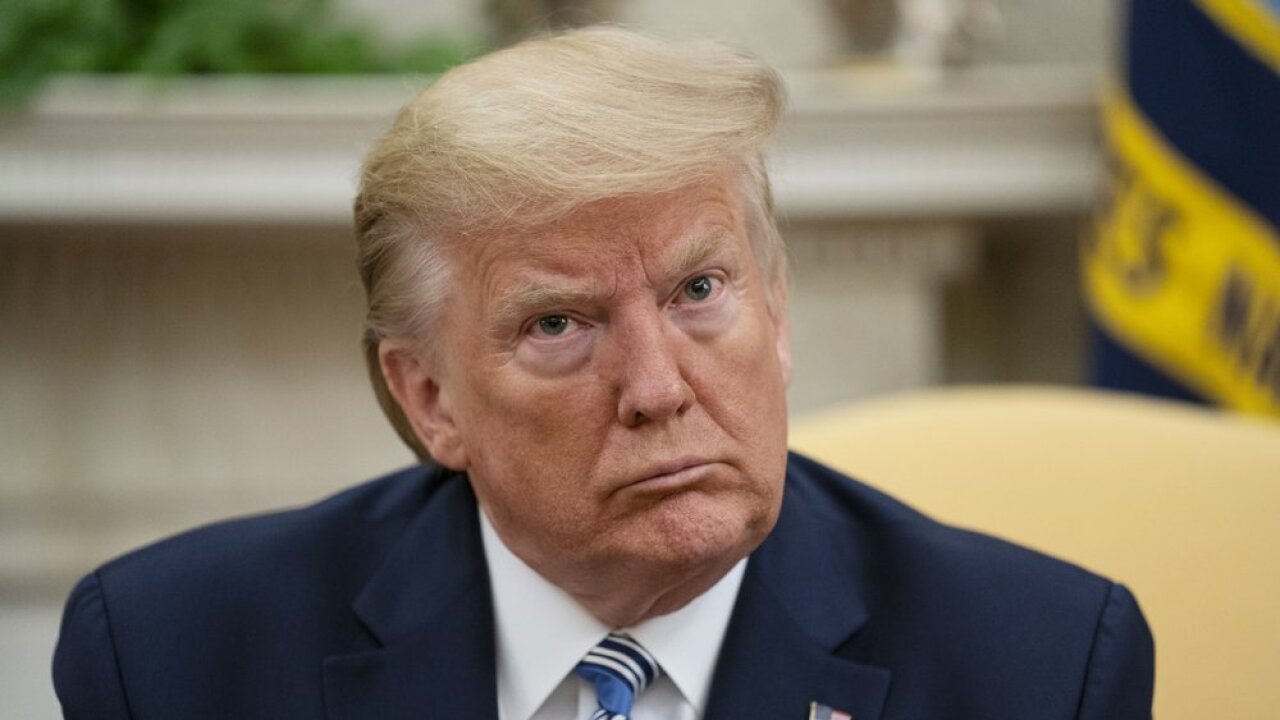 President Donald Trump listens during a meeting with Gov. Ron DeSantis, R-Fla., on the coronavirus response, in the Oval Office of the White House, Tuesday, April 28, 2020, in Washington. (AP Photo/Evan Vucci)

MADISON, Wis. (AP) — The final Wisconsin county submitted its canvassed vote totals to the state elections commission on Tuesday morning, starting the clock for President Donald Trump to file for a recount as he has promised supporters he would.

The canvassed totals show Democrat Joe Biden beat Trump by 20,612 votes, which is about six-tenths of a point margin — close enough for Trump to file for a recount.

He has until 5 p.m. on Wednesday to submit the $7.9 million estimated cost for a statewide recount and other required paperwork. Trump could also file for a recount only in select counties, which would reduce his cost and allow him to target areas where votes were predominantly for Biden. Counties would have to start the recount no later than Saturday and complete it by Dec. 1.

The canvassed results, which included provisional ballots not counted on Election Day, changed little from the unofficial results posted earlier.

Past recounts both in Wisconsin and nationwide have resulted in only minor changes in the vote total. A 2016 presidential recount in Wisconsin netted Trump just 131 additional votes. Trump’s margin of victory that year, less than 23,000 votes, was similar to Biden’s win this year.

The 2016 recount was requested by Green Party candidate Jill Stein and Trump opposed the recount at the time. State law was later changed to only allow candidates within a percentage point of the winner to request recounts.

Trump has been promising a recount in Wisconsin as part of fundraising pleas he’s been issuing since he lost the election to Biden. He and other Republicans have made baseless claims of fraud and irregularities in the Wisconsin election, but the state’s top elections chief and local officials have said there were no reports of widespread problems or wrongdoing.

A conservative group, True the Vote, on Monday moved to dismiss voter fraud lawsuits it had filed in Wisconsin, Georgia, Michigan and Pennsylvania after the group’s leader made baseless allegations questioning the integrity of the election.