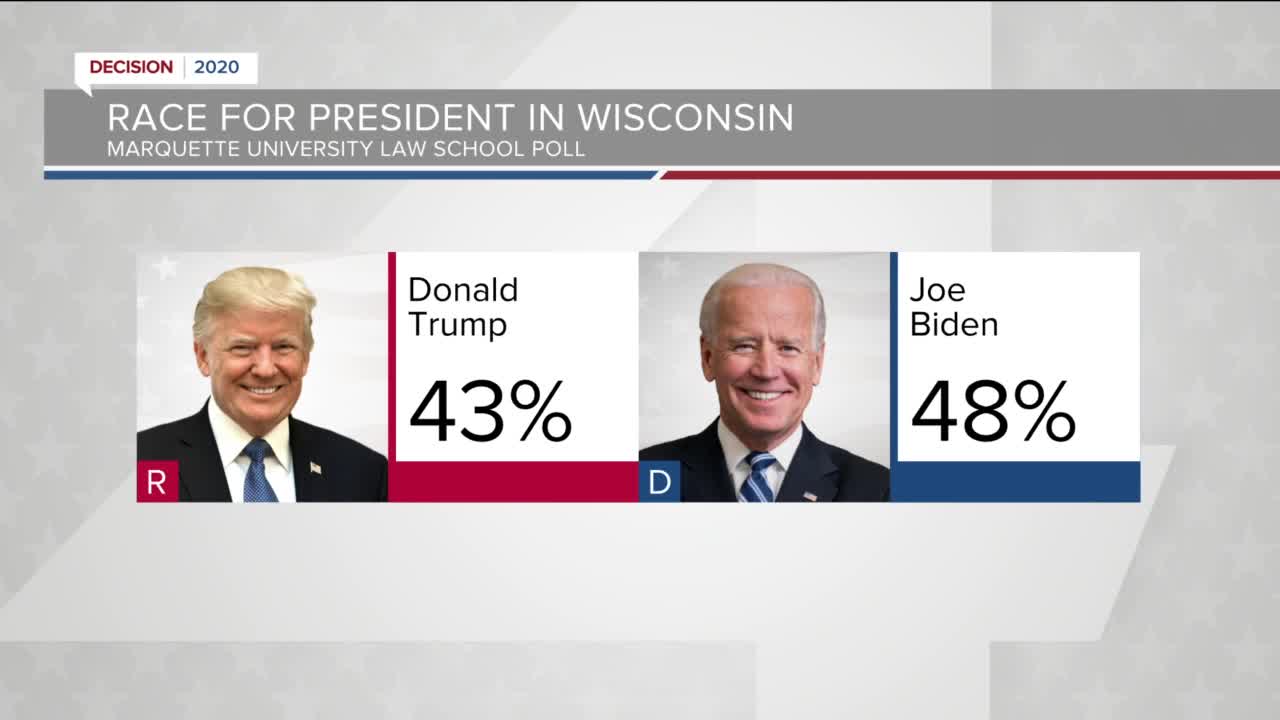 According to the new poll, Biden is leading President Trump by five points. Biden currently has 48 percent of the likely votes, while President Trump has 43 percent, and Libertarian candidate Jo Jorgensen has 2 percent, with a margin of error of +/- 4.4 percent. Eight percent of likely voters said they were undecided or had no choice.

The numbers have been pretty consistent in Wisconsin, with Biden leading by six points in September and five points in early October. The decrease by one point came after the first presidential debate.

This is the last Marquette Law Poll before the election on Nov. 3.